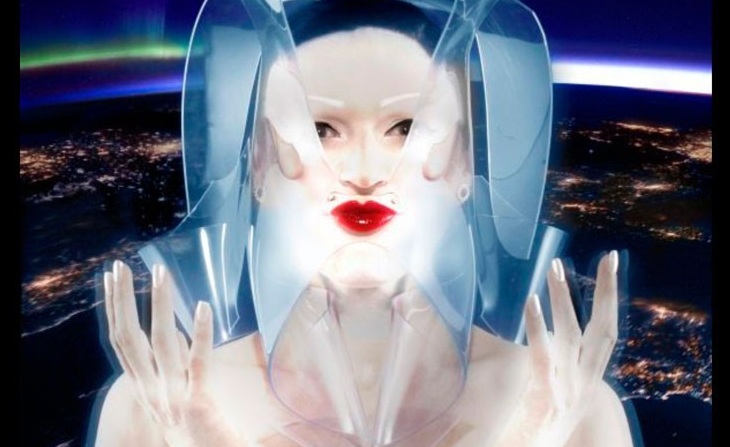 A Stah turn that doesn’t quite go into orbit, Empress Stah in Space is an ambitious show that needs a bigger venue and more polish before it can fly. 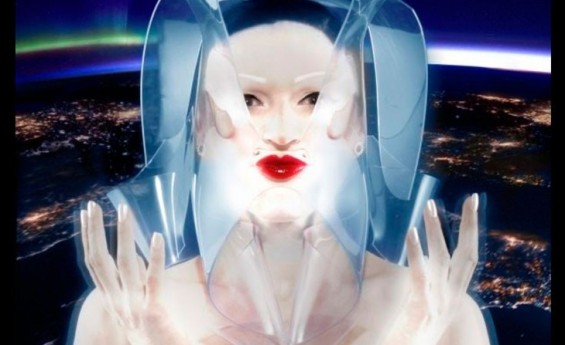 Empress Stah can often be seen around London at The Box, Supperclub and Cirque du Soir.

You know you’re watching a subversive piece of cabaret when you feel cheated that the lead performer’s butt plug doesn’t light up.

Trailblazing aerial artist Empress Stah looked as disappointed as anyone else when her tail refused to blaze during her performance of Empress Stah in Space at the Soho Theatre. True, the laser show finale might have bottomed out (if you pardon the pun) but there were still some good moments in what seemed to be a work in progress.

Made up of eleven vignettes and directed by seminal performance and body artist, Ron Athey, the show’s concepts were devised in close collaboration with Empress Stah at Bentwaters in Suffolk, the site of one of the world’s most talked about extra-terrestrial encounters. Empress Stah’s long-term ambition to put on a show in zero gravity is the driving force behind the piece, as the pair explore the plane of immanence using outer space as the physical medium. Roughly translated, immanence means “existing or remaining within” as opposed to levitating in a transcendental way above your kaftan. If that sounds too simplistic, try deciphering its entry on Wikipedia.

This is a show that tackles some very metaphysical issues but doesn’t really illuminate the fundamental nature of being in any cohesive way. Time and space remain its two biggest stumbling blocks as the physical limitations of the venue mean that Empress Stah bumps into inflatable planets and looks restricted on the small stage. Considering the lofty subject matter, it really needs to be somewhere it can breathe.

As an audience member, the amount of time dedicated to each section needs more thought. Holding the lotus position on an exercise ball, although an incredible feat of strength and balance, goes on for too long, whilst the aerial strip to full nudity doesn’t go on for long enough. Although the latter is thrilling and an undoubted high point, it could have been more relished and less clumsy. However, as a piece of escapology, it is both brilliant and brave.

The punk poetry in the form of Lydia Lunch’s rant against a conventional God is darkly funny and satisfyingly belligerent. Angry words emblazoned across the sky show that Mother Nature is in residence and she’s got the serious hump her best plans have been hijacked. In true Empress Stah style, the first three words of the poem As it Was (in the beginning) are written with a pen between her legs and projected onto a screen, dispelling any doubt that god and creation is female.

The soundtrack by Peaches propels the action along, even if it is unclear how all the segments link up, and this is the show’s biggest let down. Empress Stah In Space has no clear trajectory and without getting too mind-bendingly philosophical about this, even something that resides on “the Edge of Chaos” needs a strong narrative shape to be truly effective.

Empress Stah is a maverick performer, as only anyone who wears a face corset can be. Step on board her alien craft and enjoy the ride, but next time let’s see it re-shaped and in the bigger space it deserves.