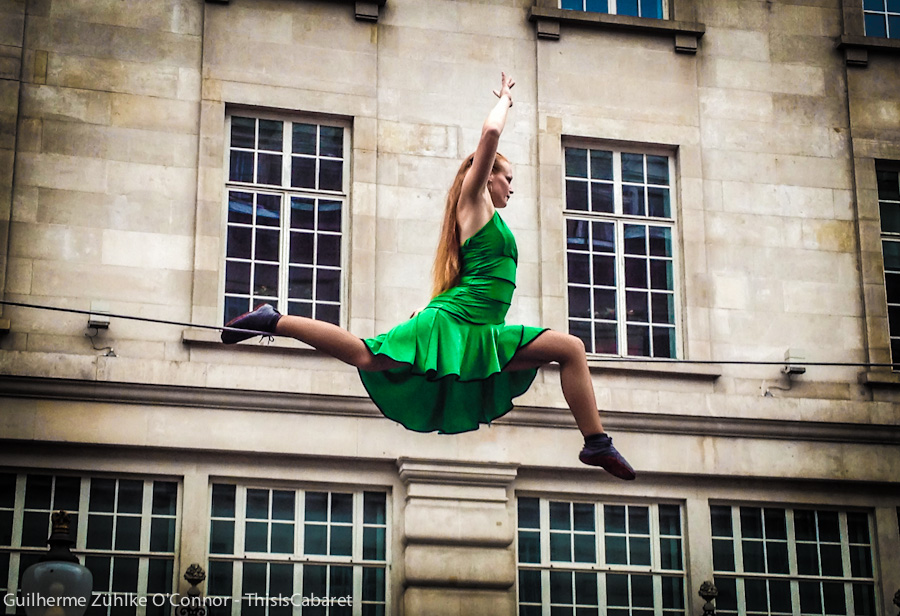 This year’s Excess All Areas London Cabaret Awards has raised eyebrows and temperatures and no more so than here at TIC Towers. We’ve already spoken about the controversy around the awards themselves but the shortlist is raising its own questions. Not everyone and everything can walk away with a gong and, while we don’t hold objections to the current nominees, we can’t help but notice the glaring omissions among the nominees and the categories.

Disclaimer: This Is Cabaret has been nominated in the Best Newcomer category of this year’s London Cabaret Awards.

10. No category for Event Of The Year

2012 was a tumultuous twelve months for cabaret in the capital. It was the year in which we waved goodbye to two much-lauded longstanding shows in Bête Noire and La Rêve. Alex Proud, owner of the Proud Cabaret chain, did a rather fine job of uniting performers and rival venues against him and the publication of our controversial article on one person’s take on the state of modern burlesque caused much discussion. Piccadilly Circus briefly became the epicentre of the UK’s biggest circus event for some time. 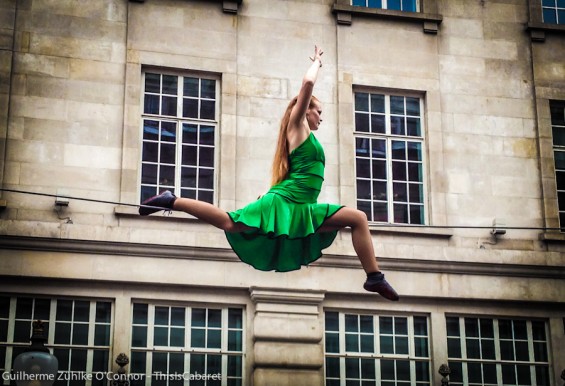 Piccadilly Circus Circus spanned twelve stages of talent so there was something for everyone.

On the small screen, Beatrix Von Bourbon took burlesque to new levels of national attention with her appearances on Britain’s Got Talent. Another talent show was the inspiration behind the Cabariot campaign, a grassroots backlash against the way some X Factor judges continuously denigrated cabaret. These events did as much as any show or performer to signal the direction of London’s fastest growing entertainment sector.

Not all cabaret happens in a cabaret venue and there should be some recognition for the best use of variety outside of its traditional context. Many promoters now include acts within a wider offering, for example September’s London Fashion Week saw the Folly Mixtures appear in Vogue’s Fashion Night Out and brunchclubs like Bacanal sandwich burlesque and circus between courses of food and hours of hardcore raving. White Mischief, Rumpus and Guerrilla Zoo all include a strong variety bill as part of their themed evenings.

8. Up and coming performers

Yes, yes, we know that the Awards have a Best Newcomers category but, unusually, it contains no live acts. Why is there no specific award highlighting those performers who have come to prominence over the year? Whither the nod for refreshing artistes like Jayde Adams or Kiki Lovechild who bravely cross creative boundaries with innovative and impressive acts? There are many more out there who would appreciate even a sly wink from the judges to show that their work has not gone unnoticed or unappreciated.

Since Toulouse-Lautrec painted the girls of Moulin Rouge over a century ago, there have been numerous creative souls portraying what they see on the stage in words and/or pictures. Photographers like our own Guilherme O’Connor as well as Sin Bozkurt, Sharon Cooper, Dr J, Holly Revell, Tigz Rice and Al Veryard plus journalists including Ben Walters and CJ Lazaretti translate the burgeoning scene and live performances into materials which forever capture the occasion for posterity, ignite public imagination and appear on performers’ promotional material (sometimes even credited correctly). Most work for free and for the love of the scene, fitting in shows around day jobs. None of the above creatives has been nominated as an Unsung Hero this year and it is a shame that these hardworking and skilled professionals who contribute so much to the public image of cabaret are entirely ignored as a body.

Despite winning Best Speciality Act at last year’s London Cabaret Awards, gentlemen juggler Mat Ricardo has not been shortlisted for any award in 2013. This is a shame as Ricardo, a man who is more likely to use laurels for kindling than reclining apparatus, has gone from strength to strength over the past twelve months. He was one of the most visible cabaret performers on the small screen over 2012, appearing in an insurance advert and entertaining viewers of Jonathan Ross’ and Alan Titchmarsh’s programmes. His blog Abayo has continued to be an interesting read, whether he is showing off his fine photography skills, looking back through untinted glasses at the Fringe or defiantly defending the infamous email from Alex Proud (“the boss did a silly thing“). 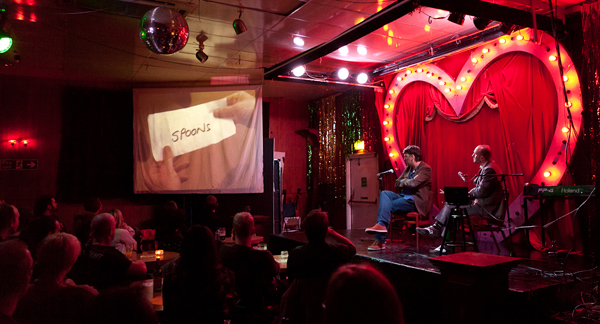 Particular praise, though, is deserved for his new show. London Varieties brought together superstar talent like Frisky and Mannish and EastEnd Cabaret alongside some hand-picked out-of-town acts. Each show included a new trick that Ricardo has learned over the last month and finished with a live interview as Ricardo posed questions to a very varied collection of individuals including Father Ted writer Graham Linehan and performers Jenny Eclair and Lenny Beige. Further, we applaud and encourage the interviews being made available as podcasts. London Varieties makes a welcome return next month with Ricardo talking to Omid Djalili, Al Murray and Paul Daniels.

The London Cabaret Awards take part on 13 February. The second and final part of this series will be published next week. And, no, we don’t fancy our award chances now either.