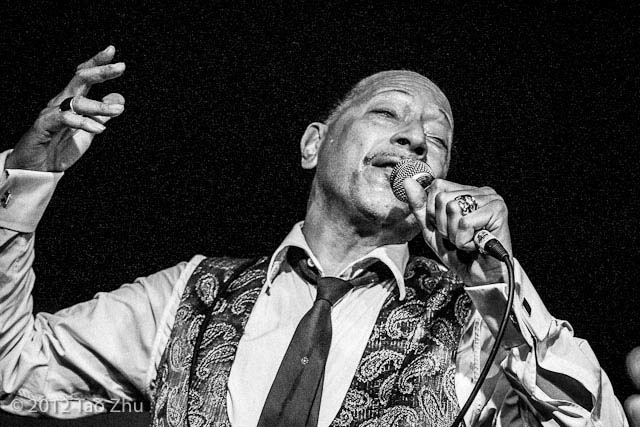 Here’s a Jamaican singer interpreting the life and works of the Belgian iconoclast and father of the modern chanson, Jacques Brel. Is Peter Straker a great pretender? 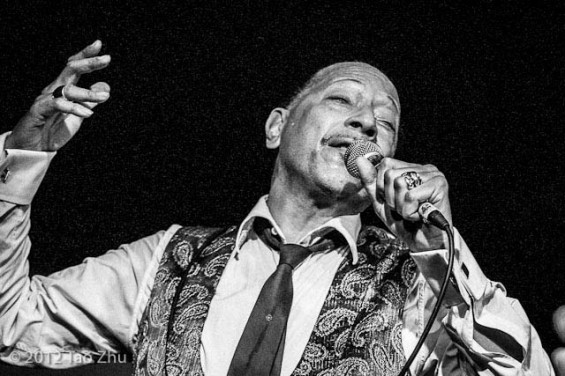 Peter Straker takes the audience to Brussels via Jamaica.

The first part of Peter Straker’s Brel focuses on telling Jamaican-born Straker’s own story. Gifted with a phenomenal voice from an early age, his career took off in the Sixties when he starred and stripped in radical musical Hair. Soon after, he became one of the select few in the inner circle of Queen singer Freddie Mercury. Mercury went on to produce and sing on Straker’s second album; the favour was returned a decade later when Straker appeared in drag for the video of Queen’s The Great Pretender.

At around forty minutes long, this section has very little to do with Brel and is more a rich but indulgent testament to Straker’s talented larynx. From the off, there’s no doubting that Straker can belt them out with the best of them. Indeed, his best moments come when he tears into numbers like the Randy Newman-inspired Louisiana. On the down side, he fumbles the first song and the over-elongated version of his big hit Ragtime Piano Joe drags on, making The Beatles’ Hey Jude look like a limerick in comparison. Later, he mercilessly butchers Paolo Conte’s Vieni Via Con Me.

The short interval allows Straker to change into the classic Brel get-up of raincoat and hat. Jumping on stage, he breaks into French for a verse of Brussels before switching to English. With the exception of this and set-closer The Impossible Dream, which Straker sings from soup to nuts in Brel’s original words, all other numbers are sung in English. It is a curious tribute that sidesteps Brel’s language of choice but, to be fair to Straker, he makes an effort to give us a tastes of his hero’s complex personality.

A regular on the Brussels cabaret circuit before his rapid ascent to fame, Brel spent much of his short life marinating himself in wine, women and song. He positioned himself as a contrast to the contemporary music scene, eschewing playful ballads for stark lyrics and violent, emotional performances. Straker effectively uses props, film clips, stories and quotes to illuminate the Belgian’s philosphies on talent, love and life, superbly eclipsing the half-century since the Belgian breathed his last gasp and re-invigorating Brel’s musical legacy.

For sure, the fit between the two men is not a perfect one but this is not a homage-by-the-numbers and for that Straker should take some credit for his inventive and unsentimental approach to Brel’s life and career. Straker’s vocals at their lung-bursting best have matured since his heyday and are now eerily reminiscent of Iron Maiden’s Bruce Dickinson. That’s no bad thing – Straker’s range is just one reason to see this entertaining show. It is definitely not for the Brel purists but there is much to enjoy here, especially in the second half.