Are You Ready For This Friday’s Dragageddon? 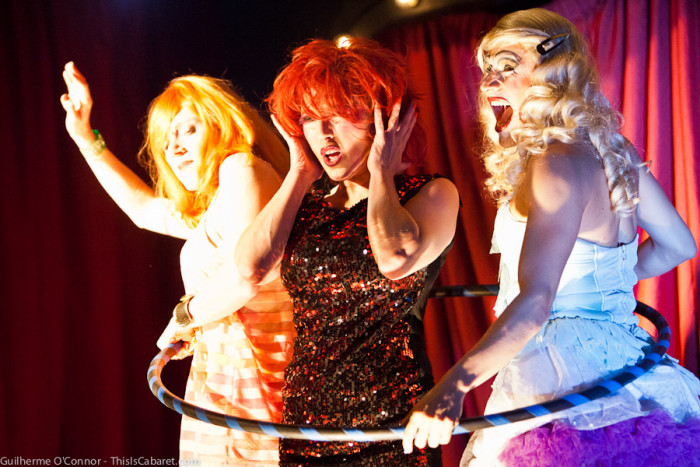 The dragageddon is upon us. This is not a drill, repeat, this is not a drill. Igor, crank up the cloning machine: this Friday sees no less than five mouthwatering shows in London running from the intimate to the extravagant.

Two thousand years in the making.

If Virgin Xtravaganzah isn’t one of the most exciting drag performers on the London scene, we don’t know who is. Played as a 2000-year-old Californian valley girl, this religious icon is already in the London cabaret history books and has built a name not only for her glorious outfits and wickedly twisted parody songs but her all-killer no-filler shows. Think we’re just hyperbolising? Check out this line-up: Marnie Scarlet, Lilly Snatchdragon, Fancy Chance, Bourgeoisie, Pi The Mime and Lipsync100 winner Ellis D. The theme this month is High Fashion Realness so get those glad rags out and #StrutWithChrist.

See the Virgin and company at the Bethnal Green Working Men’s Club. Doors open 9pm. Tickets are £8 on the door, £6+£1 booking fee online. 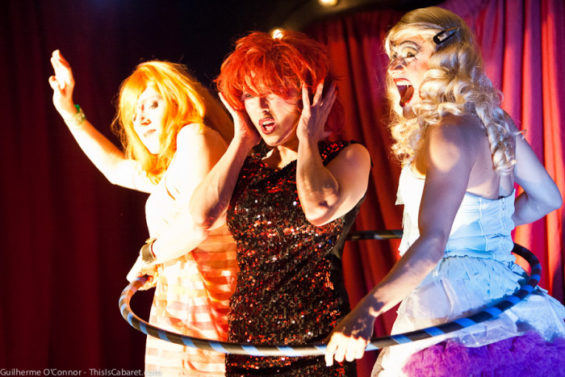 There are two kinds of people: those who rave about the Lipsinkers and those yet to see them. The tranny supergroup has changed its line-up over the years but one thing has been ever-constant: when they embark on their epic ride through pop hits from Queen to Madonna, the stage becomes a whirlwind of glitz and colour. Turn up this Friday to see the premier of their brand new hour-long show Evolution of the Fags.

READ: Our interview with Lisa Lee. 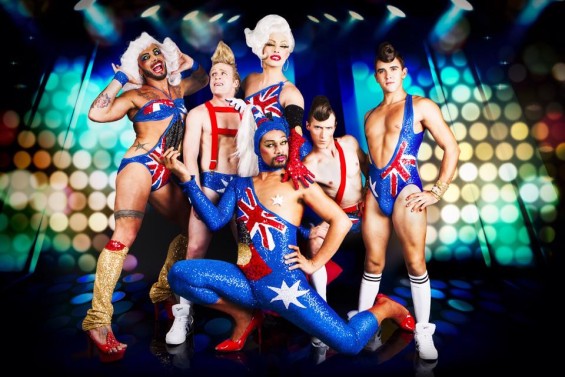 The boys are back in town.

Coming all the way from Down Under is the bombastic brilliance of Briefs, a gender bending comedy/drag/circus/burlesque troupe that started life in a Brisbane warehouse. The all-male crew led by Fez Faanana and featuring the eye-popping skills of Captain Kidd are once again packing out the London Wonderground’s Spiegeltent. They will be there as part of their latest residency there until 27 September.

See Briefs at the London Wonderground’s Spiegeltent. Show starts at 7.30pm. Tickets from £26 including £1 booking fee.

READ: Our review of the latest show.

READ: Our interviews with Captain Kidd

READ: Our interviews with Fez Faanana

As the eponymous host’s man-dragging assistant, Harriet (Harry Clayton-Wright) has helped pump the enervating Miss Behave’s Gameshow into the stratosphere. The critically acclaimed production is an ecstatic two-hour experience with no shortage of great cabaret turns and, um, interesting prizes. Abandon dope all ye who enter: this is not an experience for the laidback and the highs are completely natural.

READ: Our review of the show. 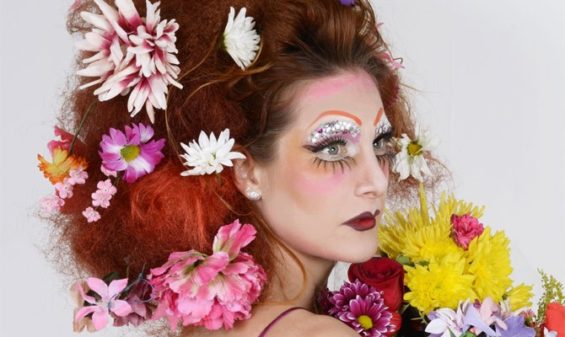 A rare opportunity to see this award-winning bio-queen.

Like Holestar (who won the LCA’s Best Drag Performer prize earlier this year), the award-winning bio-female drag queen, Fauxnique (Monique Jenkinson) is a rare jewel. The American dancer and performance artiste won Trannyshack 2003 with this routine and she has gone on to influence and inspire other “faux queens”. Described as “a frank fabulist whose Fosse-lized focus and forceful frame forge fanciful factual fictions”, Fauxnique is bringing her latest show The F Word to Hackney for a one-off outing with support from Rubyyy Jones.