The Boys Are Back In Town: BRIEFS Interview 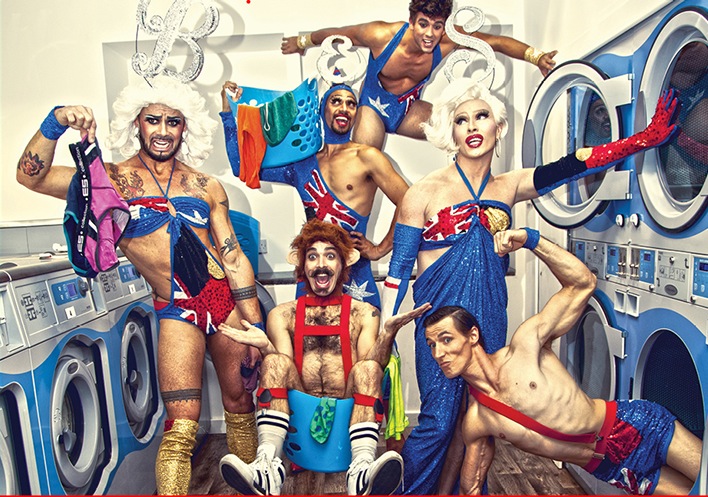 The BRIEFS boys have been on the road non-stop since launching their Second Coming last May.  Now they’re back on British shores, we caught up with founder Fez Fa’anana find out more about their circus-infused, party-spririted show… 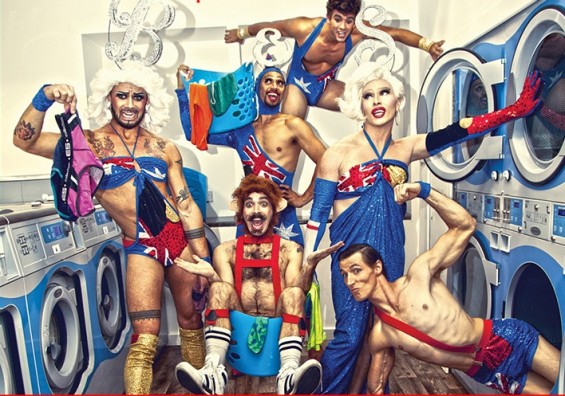 What has changed in the show since last year?  Since making the show in May 2013 we have been on the run touring solidly. We tend to keep changing up the show to keep ourselves on the ball. For our return season to London we have more boys, new boys, and we’ve changed up some acts.

Which is a better term: “boylesque” or “all male burlesque”?  I would prefer “idiots with feathers”, but I think burlesque is good.  Boylesque has a certain cheek to it which suits the show, but I think it’s burlesque any way you serve it.

How did you first come to work in circus? By accident. I came from the world of dance and theatre, which I loved doing.  I found circus folk along the way and felt like I belonged to that breed of performers.  Since then I have claimed the title of “The Love Child of the Bearded Lady and Ringmaster of the Circus” just find a place.

How do you feel about everything circus related eventually being compared/referenced to Cirque Du Soleil?!  It can be frustrating, because we have many differences to Cirque. But there are similarities, and what ever people need to do to figure out what we are is fine.  Just come to the show!

How did the idea for BRIEFS come about?  It started out in 2008 as a club night in a warehouse space in Brisbane, which grew in popularity, and also grew with collective and creative valour.  It became a beast of its own, and since then we have run with it – we now have four productions under our belt and more to come.

Your brother Natano is also a performer, and was recently in the UK touring a very different type of circus show, Knee Deep, with Casus.  Do you ever work together?  We do. We work in a dance theatre company together called Polytoxic. We actually started Briefs together, and the show that toured in your neck of the woods three years ago had us working together. Casus has taken off and is still rocking out, so we went ahead and made The Second Coming which welcomed a new posse to the fold, but Natano is still part of the clan.

How do you find different audiences in different countries react to your show?  The nature of the show lets people get nice and rowdy. People usually know what they are getting themselves into when they come to the show, and that can bring out some stunning freaks. That generally translates across most countries.  Although it’s great watching the reactions of audience members who did not quite expect what unravels before their eyes!

What is the best bit of working on the show?  We love what we’ve made together with the Second Coming, and we are really proud of it. We are so glad that what we created – and loved making in the process – is also appealing to audiences.

What is the worst bit about working on the show?  Having to clean up glitter and chiselling off make up.  It’s also been hard to keep on top of thing like the interwebs while we have been on the road for the last 18 months.  We are in the process of a make-over with our website… Hopefully by the time this interview comes out it will be up and running. Ha!

(The make-over’s still ongoing, but you can find all the important stuff for booking tickets at www.briefsfactory.com.  We all know a thing of beauty can’t be rushed, and I certainly wouldn’t want to question these fellas when it comes to make-overs! Ed.)