Video: Fancy Chance Takes To The Air At The Double R Club 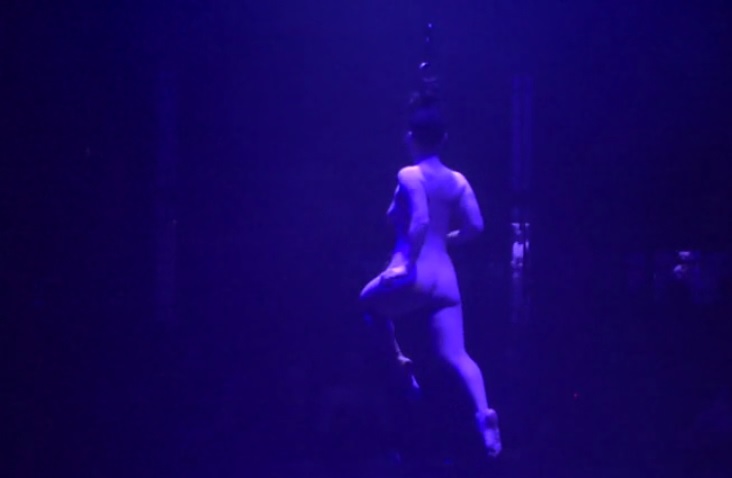 When The Double R Club goes to the London Wonderground, something quite special happens. The Lynchian-themed soiree is renowned for its particularly crepuscular take on cabaret. Everywhere, the commonplace is made creepy and the creepy commonplace. Sometimes, though, the acts begin rather macabre and then become even darker.

Away from their usual East London home, their show within the Paradiso Spiegeltent expands every which way. The greater height means that they can incorporate aerialists into the cast while the length and width of the stage allows for more ambitious set pieces. Moreover, the show’s artistic vision deepens and what emerges from the imagination of the performers and co-producers Benjamin Louche and Rose Thorne is a wonder and privilege to behold.

Picture this: an unnamed suited figure drags onto the stage a white body bag before walking off. A few tense moments later, the unbilled Fancy Chance emerges from the bag, a nude figure connected to the Spiegeltent roof by a single rope attached only to her dark locks. She is gently hoisted upwards, whereupon she flies and cavorts above the audience in a display of the spectacular and hazardous practice of hair-hanging.

The Double R Club returns for its sixth anniversary bash on 17 September.