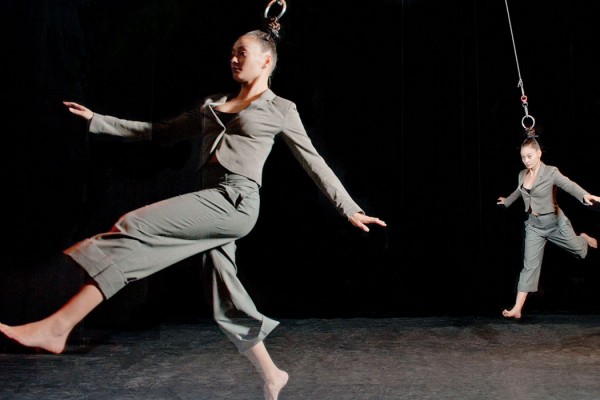 This truly unique show four years in the making will leave you wincing and wild-eyed. 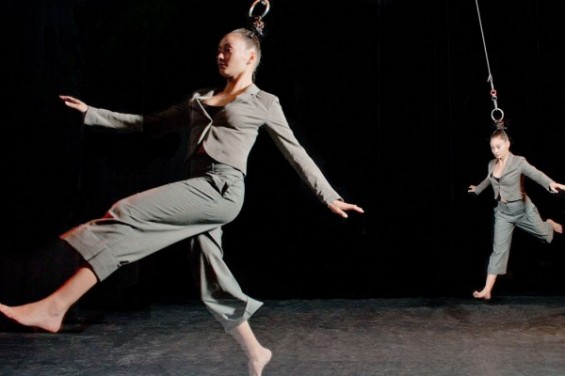 Capilotractées is at the Roundhouse until Sunday.

With Capilotractées, it is all about the hair. It gets pulled, combed and stretched in so many eye-watering ways that we were surprised not to see CIA interrogators taking notes.

Finnish artists Elice Abonce Muhonen and Sanja Kosonen are the creators and cast of a show which they have worked on since 2010 and has only had a score of performances. So why did it take so long for Capilotractées to see the light? In an interview for the Roundhouse, the women explain how they wanted to revive the ancient circus art of hair hanging but found researching it more difficult than expected.

Given how agonising much of it all looks, this isn’t at all surprising. Not everyone would have the patience, temperament or sheer tolerance to pain to learn how to suspend themselves from a hook attached only by an iron ring pushed through knotted hair. Spoilers here would take nothing away from the impact of individual acts: often. the effect is rendered not through knowing what is happening but why anyone would conceive or do such a thing.

Gravity may be something all acrobats combat in some form or another but Muhonen and Kosonen pit themselves against it again and again not through jumps or dives but by suspending themselves in a variety of playful ways. A visually impressive scene sees Kosonen hanging by their iron ring from one end of what is effectively a giant pair of scales. Muhonen gradually adds more and more to the other end, starting with one kilogram weights and working up to ten kilogram weights and then her heavily pregnant herself, at which point her partner has been fully lifted into the air.

Capilotractées, though, is more than just about the hair. The women have crafted a gem of an experience around their eye-popping feats with music playing an important role. They variously go from jamming on ukuleles and electric guitars or turning to a laptop to provide an eclectic mix of tunes from far off lands, adding a physical texture beyond the aerobatics and hair-pulling. The show is certainly rough around the edges in parts and, amidst the episodic nature of the hour-long production, there are quite a few jarring non sequiturs amongst its sequences. Both of these add to the Capilotractées charm though and leave you wondering during and after the show: where do this talented duo go from here?

Capilotractées continues until Sunday at the Roundhouse. Full information on all the events at Circusfest can be found in our guide.