The Ultimate Guide To Circusfest 2014 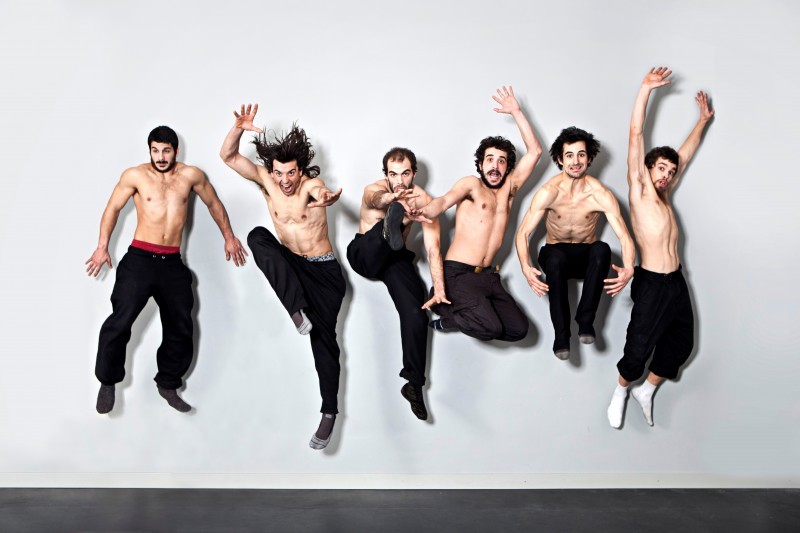 Spread across five weeks and five venues, this spectacular celebration of big top action is too good to miss. 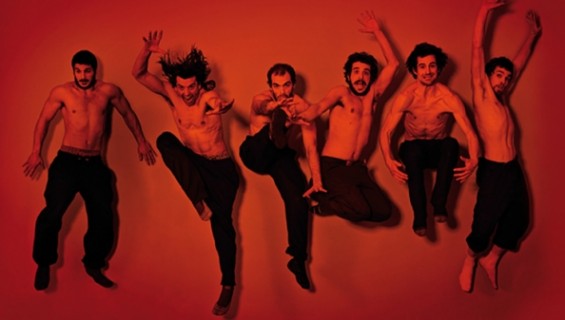 La Meute appear at the Roundhouse this month as part of Circusfest 2014.

Once every two years, London becomes the epicentre of something quite amazing. A feast of modern contemporary circus lands in the capital and infects and infests the imagination of all who see it. And why not? All of the shows contain imaginative feats of physical theatre, some of which seemingly defy all expectations of what the human body can do. And it is not just shows on offer: there are discussions, classes and a specially commissioned art installation.

The bulk of the events take place at Camden’s The Roundhouse but there are also shows at Jacksons Lane, artsdepot, the Albany and Shoreditch Town Hall. If you book two events at the same time, you can save 15% off the cost of the combined price (conditions apply). Why not take your mother to a show this weekend?

We’ve collated all the information you’ll need to make the most of this oncoming storm. If you go to these events, let us know what you think.

“These French acrobats mix madcap humour with incredible skill and collaboration to push their shows to spectacular extremes.”

Performed by Maddie McGowan & Talia Randall, this is “circus performance meets spoken word in a beautiful and surreal journey that delves into what it means to be a woman.”

“Finnish artists Sanja and Elice have revived the old and forgotten circus art of hair hanging. Dreamlike, the two women float upwards, magically suspended only by their hair. As their extraordinary, graceful aerial duet begins, poetry and wonder combine to magical effect.”

“Following his album release on 9 March, Ghetts will headline an unmissable night at the Roundhouse, performing alongside the OnTrack project participants – the OnTrack Collective – plus Roundhouse Associate Artists and Funk Da Cirque. This show will see brand new collaborations between street circus artists, DJs, MCs, remixers and the very best emerging artists on the scene today.”

She Would Walk The Sky

“Leave the real world at the door with this captivating and stylish new production from the team behind the international smash-hit Cantina.”

“Brimming with the freshest and most exciting talent on the British circus scene, Silver Lining is a collective of four acrobats, two aerialists and a juggler who balance, hang, sing, fly, catch, spin and throw their way through a fast-paced, feel-good and explosive new show.”

“Come and take part in a high energy workshop where you will get to try out some ground based acrobatics and street dance including some very funky styles. Led by the directors and members of Funk Da Cirque.”

“Gorilla Circus return with an opportunity for you to try aerial skills including silks, static trapeze and straps. Try out something new and fun supported by professional artists and in a safe environment.”

“Come and learn to hoop with Marawa’s Majorettes who hold a world record for their multi hooping. They will teach you lots of tricks or just how to just get one spinning really well!”

“Come and have a play in our tech playground. Explore and interact with Kinect movement software and use technology to create your own one minute video.”

“This bittersweet aerial production, featuring hoops, trapeze and silks, brings together a group of international artists exploring the idea of belonging and delving into what connects and divides us as people.”

“What drives someone to be a circus performer? Is it possible to psychologically profile the juggler, aerialist and acrobat? What goes on in the mind and body when a performer is on stage? In this panel discussion, film directors of_ Impossible Acts_ Rob Curry and Richard Mitchell present excerpts from their film and are joined by extreme sports psychologist Rhonda Cohen, Circus Space and Paralympic Ceremony physiotherapist James Wellington and circus artist Arron Sparks to unlock and discuss the inner workings of circus and its practitioners.”

“Puffball is a new production devised and performed by a company of incredible professional circus artists and young performers, all of whom identify as LGBTQ (lesbian, gay, bisexual, transgender or questioning) in collaboration with renowned artist Mark Storor. Watch the personal stories that have inspired the production in our new video as the cast and ambassadors for the show send a message to their teenage selves.”

“Beta Testing is a new kind of show that sits somewhere between a TEDx-style talk and a Heath Robinson demonstration, featuring Guinness World Record breaking performers, virtuoso juggling and a pathological fear of haddock…Circus Geeks are a brilliant young trio of circus artists who use their fascination with throwing and catching to explore a logical approach to learning and life, a light hearted analysis of excuses, awkward social situations and the misplaced fear of failure.”

NOT AT THE ROUNDHOUSE BUT STILL THOROUGHLY AWESOME

“Alice Allart presents a stunning circus performance that delves into the depths of the mind of a solitary woman. With trick cycling, slack rope, aerial and object manipulation, Triptych explores different levels of delusion through moving choreography and narrative.”

“Delve into the Kafka-like world of Strike! and explore man’s desire to break free from bureaucracy and the constraints of work. Directed by Keziah Serreau and devised with a company of five highly skilled performers,Strike! uses intense physicality and humour, innovative aerial structures and a deluge of cardboard boxes to blur the boundaries between circus and theatre.”

“Swedish company Sisters imagine a world where the human body can be lots of things other than a human body…These three guys have completely different shapes in body and in mind, but they all have the same wish: to move together as one. Clockwork comes from this obsession.”

“BITES:Remix is a cabaret night of unusual artistic collaborations, with circus at its heart. Forget everything you think you know about circus; BITES:Remix offers new perspectives by placing outstanding acts alongside artists from the worlds of music, dance, theatre and spoken word and comedy.”

Latest information on Circusfest 2014 can be found here,