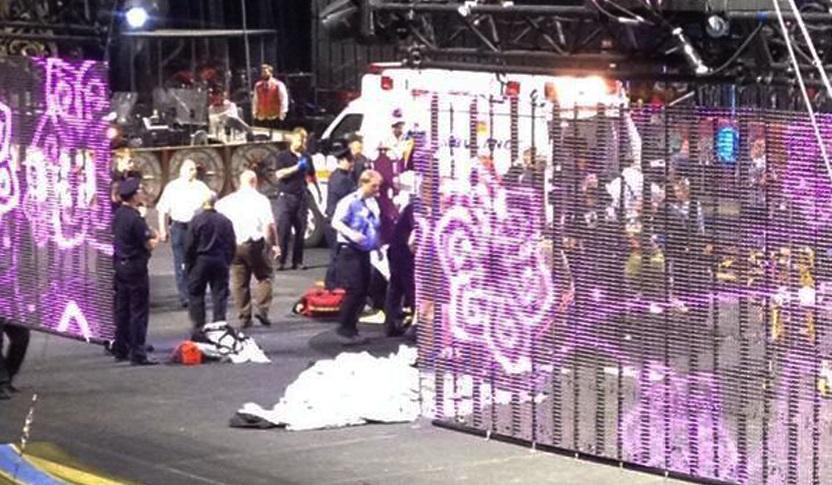 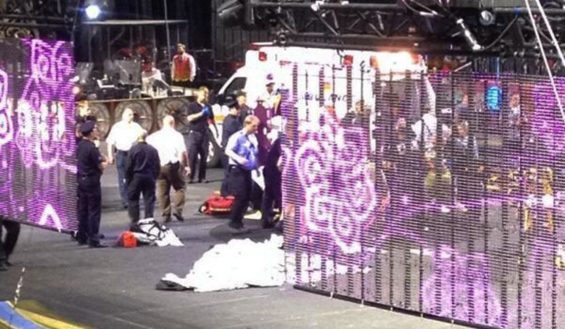 The human cost of aerial entertainment was again highlighted yesterday when eleven acrobats were injured (one critically) during an show in Rhode Island in the United States.

The latest incident occurred at Providence’s Dunkin’Donuts Center during a hair-hanging and motorbike high-wire act. Stephen Payne, a spokesman for Ringling Bros. and Barnum & Bailey circus, said the aerialists were performing when a metal-frame they were hanging from tore loose from a metal truss. Eight women fell 25 to 40 feet, landing on a dancer on the ground. The Providence Journalsays several additional people may have been less seriously injured.

Video from the incident has been posted online.

The Providence Journal also has some images from the aftermath.

The incident took place in the US but it could have happened anywhere and it could have been a lot worse. This is at least the third serious circus incident in the last year – and it is not just the performers at risk. Last July, mother-of-two Sarah Guyard-Guillot died after slipping from her safety wire and falling over 50 feet into a pit while performing with Cirque du Soleil. More recently, the set of the Roundhouse’s banner Christmas show Fuerzabruta collapsed on the audience, putting three of their number in hospital.

We wish all the injured our best wishes and hope for a full recovery.