Review: Between the Sheets 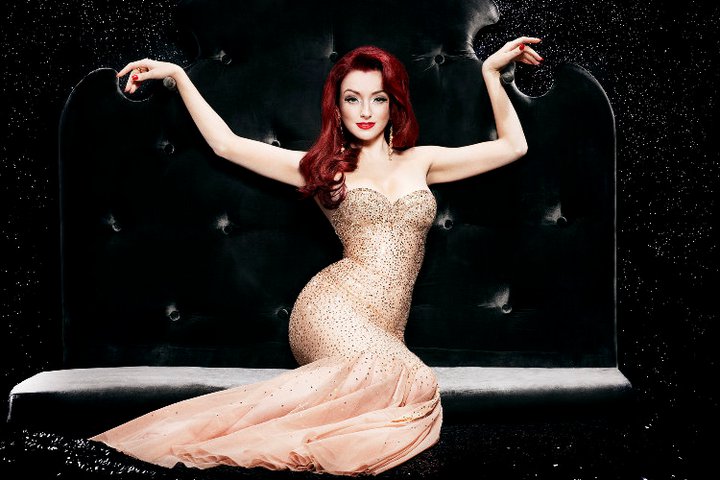 There’s more than 24-hour gambling to the newly re-opened Hippodrome Casino. Starring Miss Polly Rae, Between the Sheets is the only burlesque revue in the historical venue’s inaugural calendar of cabaret events. Judging from its spectacular routines full of exuberant sensuality and unexpected comedy, one can only hope the show will return after this brief six-day run.

Subtitled “An Intimate Cabaret”, it benefits greatly from its location at the Hippodrome’s Matcham Room, a 180-seat performance space with excellent acoustics and jazzy ambience. Its wide layout ensures all tables get a close view of the stage. Booths and balcony seats are also available. 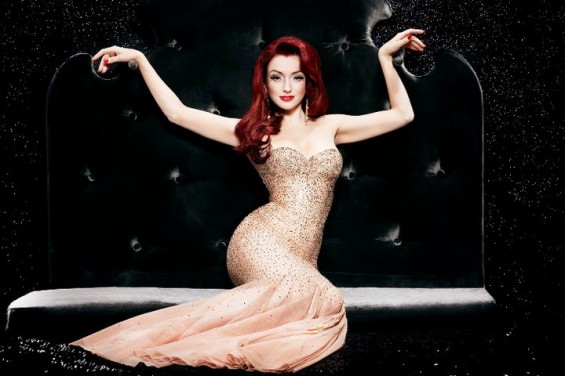 Responsible for the revue’s musical direction, Saunders is quickly on his way to becoming London’s leading authority in live burlesque music, using his six years of expertise from Blues and Burlesque to enhance many numbers. The impact of live accompaniment can’t be understated: the pianist’s arrangements and the quartet’s swift grooves are a key factor making Between the Sheets a raunchy triumph of big-time burlesque.

Rae is more than willing to receive other talented boys into her boudoir. In addition to his athletic, lady-lifting supporting role in other segments, dancer Philip Anthony contributes an endearing boylesque routine where a geek shows his true go-go colours during a Skype date. Later, special guest Edd Muir sends the crowd wild with his incredible exploits on the Chinese pole. Ingeniously staged as an intrusive mid-show arrival of builders (to set up the pole), the skit is a seamless combination of disarming comedy and physical skill.

This being burlesque, of course, the ladies call the shots. Miss Polly Rae sings, dances and hosts with beguiling charm and spontaneity, handling the crowd confidently. Kitty Bang Bang and Laurie Hagen boast their usual tour de force in cheeky comedy and aggressive sensuality – the former with her signature cat-in-the-dumpster routine, the latter in her habitual patron-riding French persona.

Though shining individually, it is in their ensemble numbers that the cast brings the show to its full razzle-dazzle glory. In one moment they’re an uncooperative cabin crew more interested in their own urges than in passenger safety. In another, three girlfriends in nightgowns learn to relax with a bottle of wine (and Frankie Goes to Hollywood). Their consummate group chemistry comes as no surprise: the three burlesquers go as far back as the original Hurly Burly Show, Rae’s West End revue, in 2006.

A few inconsistencies tarnish the evening’s otherwise constant flow of merriment. It is a sad waste to see a quartet of sax, piano, bass and drums stand by while the dancers perform to backing tracks of perfectly executable tunes like Feelin’ Good, Push It and the Pink Panther theme – especially when Polly Rae is available to do the vocals, as she does during Kitty Bang Bang’s fire swallowing number, joining the band in an admirable rendition of Queen of Pain by Devil Doll. The flaming antics also gain a welcome layer of mystery from the interplay of LED lighting and a smoke machine, but that pairing obscures several moments in some of the other acts.

Between the Sheets’ most distinctive quality is its balance between intimacy and spectacle. Theatrical glitz and glamour are in high supply on its stage, but near enough to spill around you, making it immersive and tangible. Fully complementary to each other, show and venue are a rich addition to London cabaret. The odds are clear: no-holds-barred entertainment like this is always a sure bet.