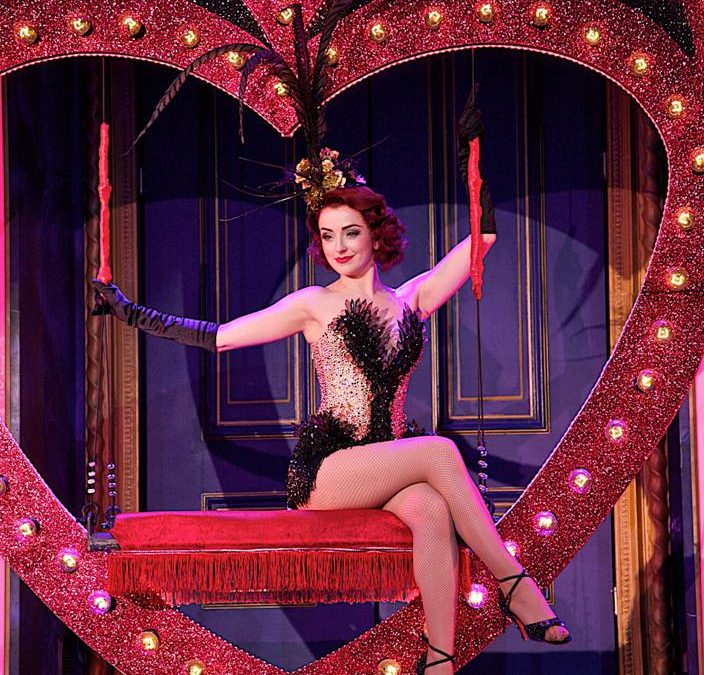 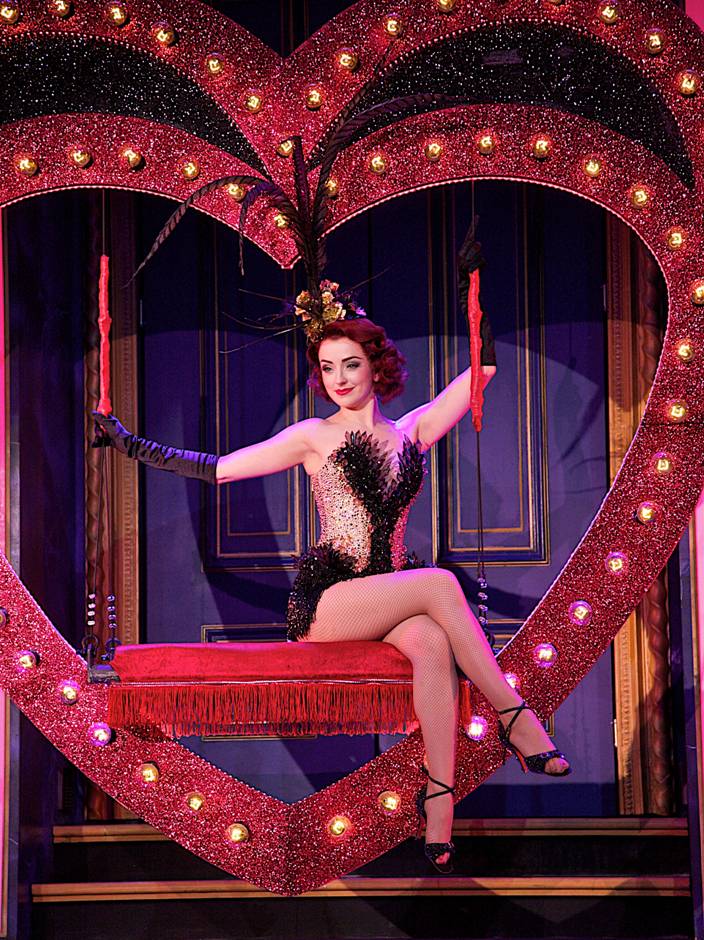 Is burlesque about the tits? The third West End version of Miss Polly Rae’s singing striptease revue hits the Duchess Theatre with a renewed cast and more sophisticated numbers. Like its previous incarnation, though, The Hurly Burly Show: Naughty But Nice falters indecisively between burlesque and musical theatre, disappointing from both angles despite the tits, the glitz and the other bits.

Rae sings, dances and strips in half of the show’s dozen segments, leading a supporting cast of six dancers through pop medleys. Some of her Hurly Burly Girlys (sic) also contribute backing vocals sporadically, with head girly Rachel Muldoon assuming the lead on a few others.

One of them is a vibrantly sacrilegious nun routine where the dancers grind through Rihanna’s S&M and Siouxsie and the Banshee’s Peek-a-Boo before Rae seizes the stage with It’s a Sin by the Pet Shop Boys. Provocative in tone and choreography, it peaks the evening’s humour and sensuality roughly halfway through the first act. From there, it’s a largely bumpy ride downhill to the final skit, a morose geisha-themed umbrella dance as exciting as a potted bonsai. By the time you get there, moves, sets and gags begin to melt into a hazy puddle of girly giggles, predictable double entendres and mechanical sexual poses.

The Hurly Burly Show: Naughty But Nice’s signature solo numbers are back, giving the backing dancers a chance to shine before the closed curtains. Katie Ella Hardwicke reprises her balloon pop sketch from last year’s, enhancing its comedy via irreverent exchanges with the audience and a good twist for a finale. Billed under her real name, Caroline Amer, Peggy de Lune performs the air hostess act that won her the Best British Newcomer title at the World Burlesque Games.

On the more sensual end of the spectrum, Jennifer White parades impressive athletic moves and spellbinding sensuality as she writhes confidently in a cat costume. The same qualities underline her double act with Muldoon, a precise and brooding interpretive dance near the end of the bill that, for all its low-key charm, feels isolated in the context of the evening. Its use of Portishead’s original recording of Glory Box is also symptomatic of the show’s inconsistent sound design, mixing backing tracks, live and recorded backing vocals, sometimes to baffling and even jarring effect. 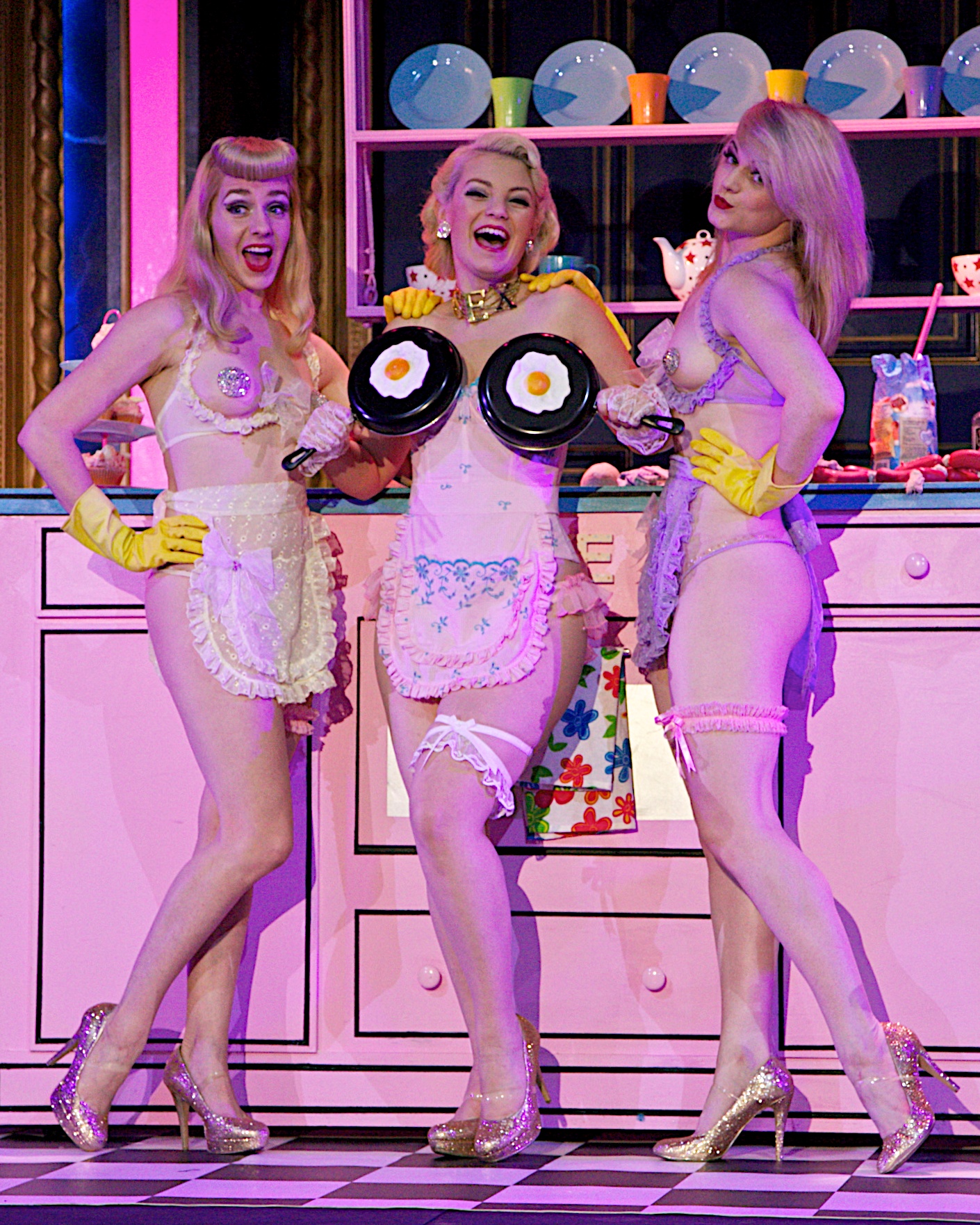 Forfeiting a conventional musical theatre plot in favour of a structure more akin to a variety show, the evening relies on compère Coco Dubois, another regular of London’s cabaret circuit, to weave its many segments together. In addition to working up the public with charismatic spontaneity and easy chemistry, the belle sings and acts in two dramatic segments (one of them a convoluted baking parody of Michael Jackson and Queen). Later she also does some fine tassel-twirling and stripping of her own.

The signature pheasant-feather fan dance by Miss Polly Rae ends the first act on a high note. Though the addition of four backing dancers with fans of their own clutters it up, the beautiful segment has retained its smooth elegance and graceful mystique. In such a gimmicky affair, it’s a pleasure to see sensuality arising from the simple power of dance.

Add to the mix a boring symmetrical set that gains nothing but minute tweaks and lighting changes for half of the numbers, and the result will be wearisome to fans of burlesque and musicals alike. The Hurly Burly Show: Naughty But Nice may recruit talented artists from both camps, but hasn’t found a recipe that puts its ingredients to good use.