Lili La Scala: “You Never Have It Nailed” 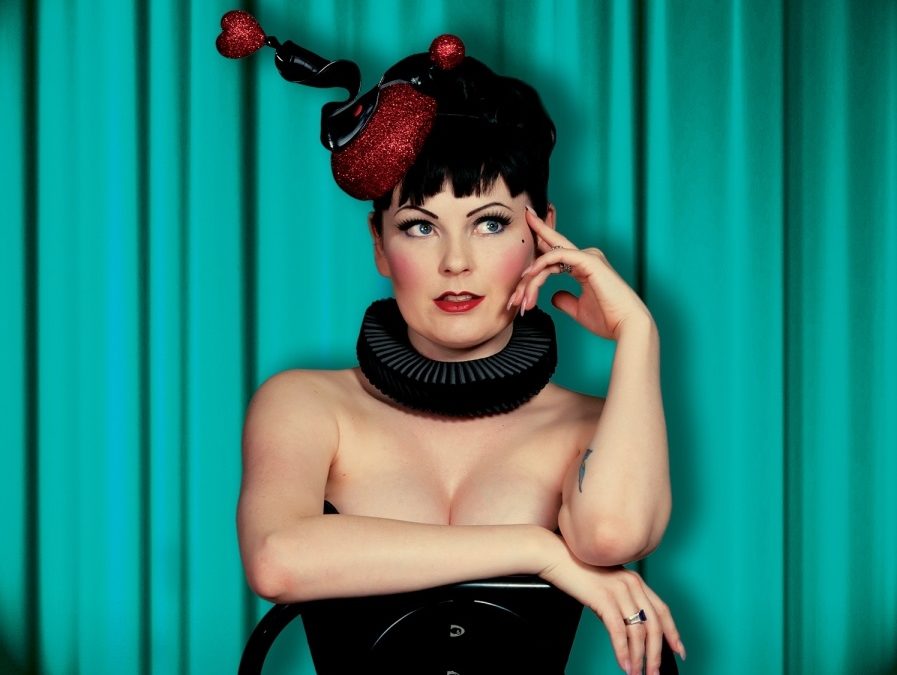 Henley Festival may well be the poshest of its kind around. While wellies, jeans and a silly hat are de rigeur at Glastonbury, those attending the event in Berkshire will be asked to observe a more upmarket dress code: men are advised to wear black tie while ladies should dig out their best frock and, as the website joyfully declares, “You can never be overdressed at Henley!” No pressure, girls.

This year’s proceedings feature a diverse bill encompassing music, comedy and cabaret. Elton John will be kicking things off with his band but, for us, the highlights will be elsewhere. The brilliant Dillie Keane of Fascinating Aida will be flying solo, the genre-bending ventriloquist Nina Conti will be putting words into people’s mouths and perennial favourites Frisky & Mannish are going to be mashing up more tunes. Every night there will be Digital Cabaret, a high energy, fast-moving show created specially for Henley Festival with performances incorporating the latest digital technologies from Feeding the Fish, Jenna Lee, Addictive TV and Hoops in Motion.

A treat who will fit right in will be Lili La Scala. We’ve seen the classy songbird in many refined surroundings around the capital, not least the Rosewood Hotel’s Scarfe’s Bar and Cafe Royal, as well as starring in her own show Siren at the London Wonderground. We spoke to her about her upcoming festival appearance.

There are probably going to be some people at Henley Festival who have never seen you before. How would you describe yourself to them?

At this very second? A bit tired and a little hungry.

This is the hardest question in the world. Whenever I have to write bios for myself it goes against every bit of Englishness within! My innate self deprecation says things like “Well, I sing a bit and have nice frocks”. My good pal, Michael Roulston gave me a bit of advice which was “think like an American” when it comes to exploiting yourself textually!

Grudgingly, I would say that I’m 100% high octane vintage glamour generally bedecked in sequins and dripping in jewels backed up by a classically trained voice, honed at one of London’s finest musical academies. I’m also a connoisseur of vintage songs, my particular area of expertise being the songs of Noel Coward, Ivor Novello and the interwar period.

That sounds about right. You often perform in the same line-up as your husband Sam Wills (aka The Boy With Tape On His Face) with whom you have a young child. How do you make sure that you all have a balanced family life?

Balance schmalance. You just have to keep juggling and hope you don’t drop balls. You will, but that is just part of life. I’m learning, as time goes on, that it is impossible to balance everything.

You can only focus your attentions on one area. I try to give each area a bit of attention in turn. So, I work really hard on my career for a bit, then I work on home stuff, then I work on Sam and I.

It’s like plate spinning, you pop up the plates and then you come back and give each a bit of attention. Sam is often away for extended periods, so at that time, my priority has to be our son, so gigs have to fit in around him. Then Sam comes back and I can stack my diary.

And does it get easier over time?

You never have it nailed. You think you do and then something will happen and suddenly you feel as though you are back at square one. We are also very lucky that my parents are incredibly supportive and will look after the little chap when times get super busy.

You’re known for your powerful voice. How did it get to where it is now?

Am I? That’s lovely. It’s nice to be known for something. I started singing when I was six, my primary school music teacher noticed I could hold a tune. I went through the Junior Dept of Guildhall School of Music & Drama. I trained at the Birmingham Conservatoire & The Guildhall School of Music and Drama. I had a raft of brilliant teachers including Mollie Petrie, Sarah Pring and Paul Farringdon.

After college, I started street performing full time (previously it had been a hobby). Through that and swing dancing I wandered into burlesque; I enjoyed mixing burlesque with opera. I wanted to create an hour-long show so that I could tour to Australia and NZ with my husband so I created War Notes, which was a combination of songs from World War 2 and letters from servicemen killed in current conflict. That was a great little show but I think I created it as too immature a performer. I should probably go back and revisit it as the performer I am now.

What do you have planned for your late-night show on the Saturday of this year’s Henley Festival?

It will be loosely based on the Songs to Make You Smile show, so very vintage. I love to sing songs that people haven’t heard for a while, so there will be songs like What Do You Buy a Nudist for his Birthday? which is a Gracie Fields song from the 30s and Deepest Shelter in Town. It is midnight, so there will be a naughty edge to it. Lots of lovely retro innuendo. It’s cheap but it makes me laugh.

There’s a feast of talent at this year’s Henley Festival, not least Sir Elton John. Who are you planning to see while you’re there?

I tend to use festivals like this to catch up with people I love. It will be awesome to see Frisky & Mannish, Sam Simmons and Jonny Awsum. I desperately want to see Dillie Keane’s show, she’s a total inspiration.

Finally, what advice would you give for any classically trained artists looking to step across into cabaret?

Sing what you love. Words are more important than line. And wait until I’ve retired. Please?

Henley Festival runs from 6-10 July 2016. Tickets and more information about Lili La Scala’s show and all others during the festival can be found on the official website.