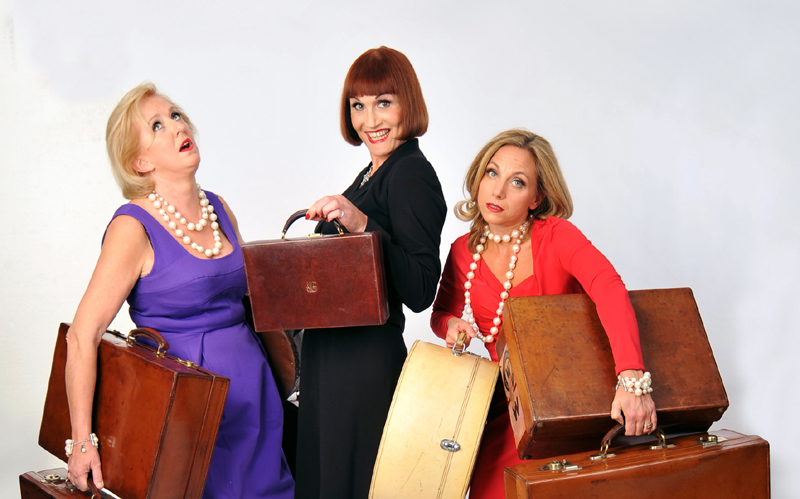 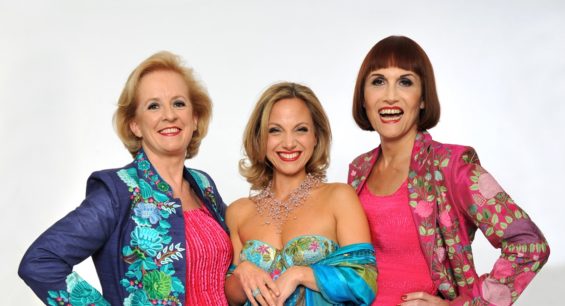 Admitting he had no hard and fast definition of obscenity, in 1964 Justice Potter Stewart famously described it only by saying “I know it when I see it.” Over fifty years on, this wise though vague pronouncement would also apply when it comes to the unquantifiable appeal of Fascinating Aida and their latest show Charm Offensive.

Three decades long and three members wide, this group currently made up of Dillie Keane, Adele Anderson and Liza Pulman are little short of iconoclastic gems. Two of the cast are the pensionable side of sixty, their audience appear as they could all have voted for Kinnock and the venue is the temple to high culture that is the Southbank Centre, but Offensive is one of the most gloriously filthy shows around.

These girls also know how to move. Their days of swinging from chandeliers and somersaulting the light fantastic may be behind them but they’re not afraid to shake it like a Polaroid picture when circumstance demands. Satirical rap Down With The Kids sees Keane and co. hip-hopping like teenagers who have been on the Sunny D all day.

Lyrically, there can be no complaints. There is, of course, a tremendous back catalogue of wonderful songs but Fascinating Aida have never been about regurgitation when something contemporary provides inspiration. A key element of Charm Offensive’s appeal is down to its here-and-now feel, the sense that yesterday’s supper-wrappers were material for some of the show’s more pointed barbs in the form of occasional interludes loosely termed by Keane as Balkan folk songs. Like I’ve Got A Little List from The Mikado, these satirical shorts target the likes of Nigel Farage, HS2, the Royal Foetus and Bulgarian immigrants.

For every drop into the joyfully juvenile, there is an equally weighty moment in which kidding is set aside and a more serious tone descends. Old Home is a sombre reflection, full of evocations familiar to anyone who has moved from a long-inhabited house while Prisoner Of Gender explores Anderson’s transgender history. That the song avoids mawkishness or self-indulgence is to its credit as is the fact that this song was written at all. Anderson – and by extension Fascinating Aida – is a prime example of a performer who has escaped the labelling often associated with non-utterly-normal. In the same way that there is really no such thing as “gay marriage” but just plain old marriage between two people who love each other (or need an immigration visa), neither the performer nor her group should ever be characterised as anything other than one of the greatest musical comedy acts to grace the stage.

This we know, this we see: Fascinating Aida have taken another brave step with Charm Offensive that has paid off on all fronts. After thirty years on the stage, no-one would blame them for taking round-the-world Saga Cruises if only so they can sip gin and tonics and flick V-signs to assorted countries from the comfort of a recliner. Instead, they are storming around the country and enjoying yet another tour. Good for them.

Tour dates can be seen here.