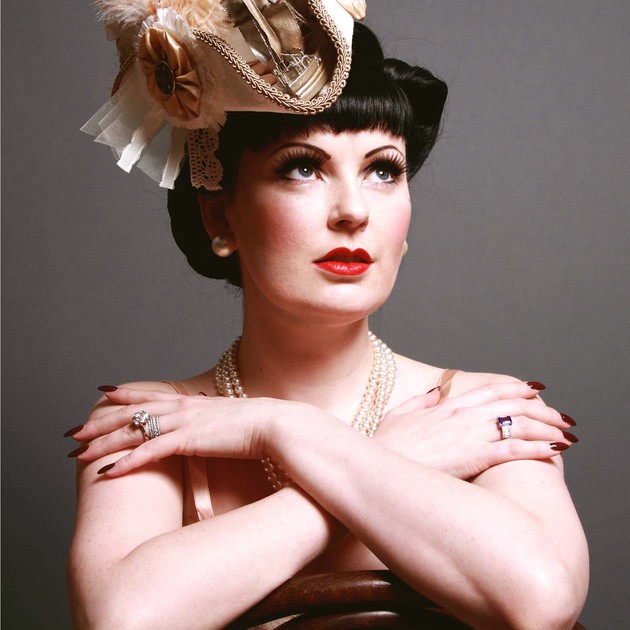 An emotional, personal and from-the-heart evening of sung story-telling. 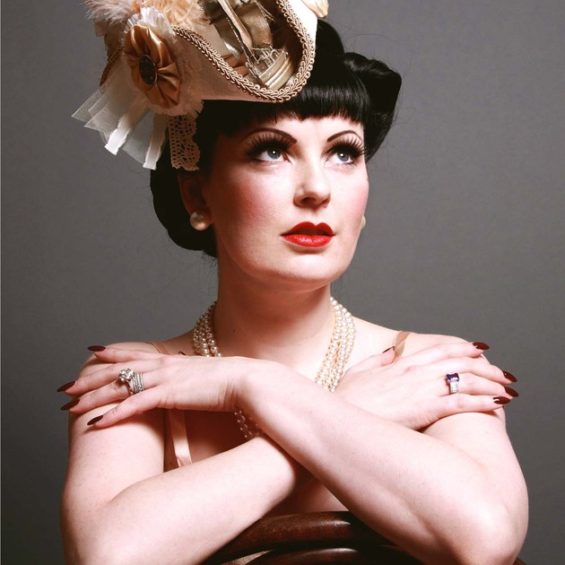 The scene is set as the audience walk into the Spiegeltent, ushered to their seats around the circular wooden stage riser by sailor girls, to the sound of creaking ships and rolling waves.  Even the venue’s air conditioning adds to the atmosphere, creating a gentle “sea breeze” around the space.

La Scala enters through the audience, holding aloft a candle-lit lantern, singing Sea Winds, the first of two songs for Siren composed for her by Michael Heath. Dressed in diaphanous chiffon in ocean colours, she moves across the stage as gracefully as her bell-like soprano notes, with a proud stance conjuring images of the carved female figurehead that used to lead the bow of a ship.

With delightful diction and cut-glass vowels both speaking and singing, La Scala introduces tonight’s piano accompanist Lee Freeman, a last-minute addition to the programme following her usual MD’s unfortunate accident.  Freeman supports La Scala well in her varied and fascinating programme of sea songs. She breathes new life into Faure’s Les Berceaux, a well-worn staple of the classical recital platform, and shows accomplished story-telling throughout her lilting 1930s-style version of Tom Waits’ quirky love story Fish and Bird, accompanied effectively by David Young on electric guitar, and paradoxically reminiscent of a wartime singalong tearjerker. The experienced cabaret host’s fun and entertaining chat in between songs reveals her personality and passion for the music, and gives an interesting insight into the process of choosing and programming songs.

La Scala gives a raw and emotional performance of Nick Cave’s Ship Song, contrasting with her beautifully sung version of John Ireland’s Sea Fever, a setting of the famous Masefield poem, and the song that she tells us caused her to fail a music college exam because she dared to sing what was deemed “a man’s song”. Her rendition of the haunting sailor’s song is made all the more daring tonight, resplendent with long false eyelashes and sparkling green nails. Other conservatoire classics such as Michael Head’s Ships of Arcady are resurrected from the music college library shelves with gusto, and the final Siren Song (Heath) is a showcase for her versatile voice with its melodic and seductive siren calls. La Scala’s rousing encore is the Scottish sea shanty Mingulay Boat Song, her declamatory and rhythmic delivery nearly inspiring an audience sing-along, accompanied by both piano and electric guitar.

This is what real singing should be – emotional, truthful and from the heart,  taking the audience on a story-telling journey.