The Week in Cabaret: Arts and Crafts 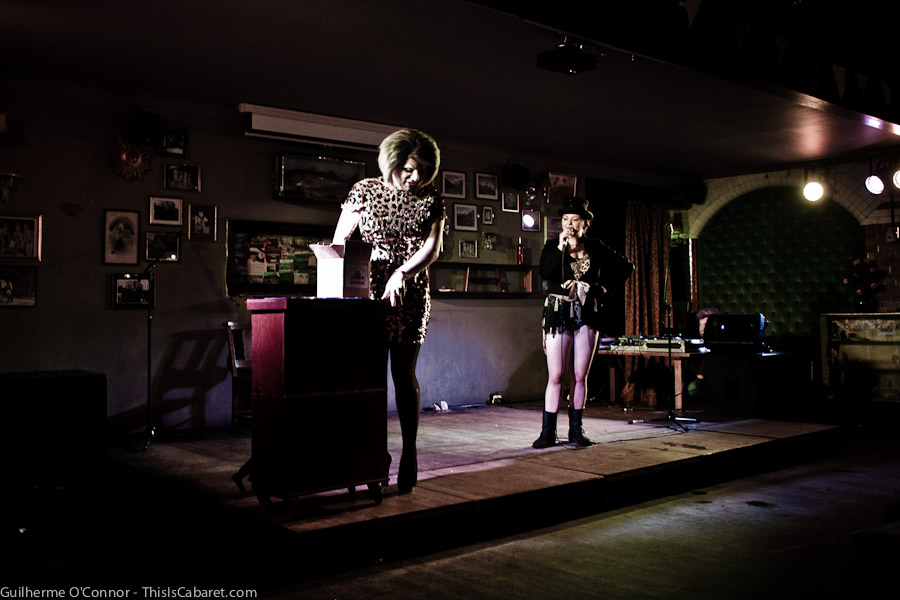 “If there is one thing I know about burlesque and cabaret performers is we hoard,” says Ivy Paige. After amassing a wealth of circus signs, props, wigs and costumes, some of which she’s never worn, the singer and compère organised the first edition of Ivy Paige’s Burlesque and Vintage Pop Up Boutique at Volupté last Monday. Opening shop at 4:30 PM, the range of glamorous sellers with stalls of their own comprised Amber Topaz, Gwendoline Lamour, Rubyyy Jones, Cherry Shakewell and Red Sarah, in addition to Paige herself.

With entry priced at £6 (including a complimentary glass of wine), the event offered props, vintage dresses, designer lingerie, ostrich feather fans, handmade pasties and fascinators. Bargain hunters could find corsets for as little as £20, as well as assorted haberdashery for £1. Attracting customers like Laurie Hagen, Mister Meredith, Aurora Galore and Crimson Skye, it was also an evening of networking. Two more dates have been announced: July 9th and August 13th. Check Volupté’s website for more details. 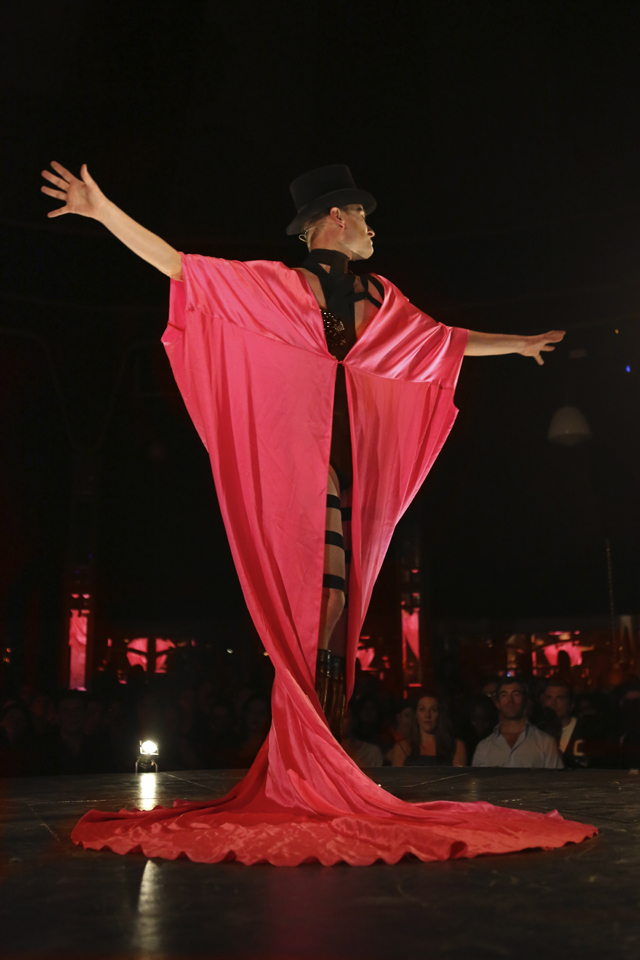 On Friday, Hit the Pitch gave some much-welcome twists to the football season at Notting Hill’s Supperclub. In the venue’s tradition of decadent dining, patrons enjoyed their meals reclining in beds while watching flag-waving entertainment ranging from hula-hoop striptease to mock-bullfighting. A marvelous mélange of fine dining and themed cabaret in possibly the finest venue situated under a flyover, the series of events continues over the next two weeks, from Thursday to Saturday.

The première of Boom Boom Club: Prospero’s Tavern filled the Priceless London Wonderground spiegeltent with bohemian fantasies on Saturday. A cast consisting of burlesquer Kitty Bang Bang, aerialist Katharine Arnold, acrobat Hugo Maciel and other vaudevillians gave life to the delirious sketches dreamed up by writer and director Dusty Limits, all under the auspices of drag icon Jonny Woo, who performs the titular role in the theatre-variety hybrid. You’ve got 11 more dates to check out the mythical boozer, beginning with June 30th.

Prospero’s Tavern was not the only artsy joint raided by The Late Night Shop Cabaret last week. At the 2012 Central Saint Martins Degree Shows private view on Thursday, the four troublemakers were all over the building – not only smuggling drinks from the refreshments table and hogging the karaoke booth, but also featured in a number of works on display. Sensory installation Holographic Cabaret comprises portraits of author Elizabeth Muse (AKA Miss Apple Tart) next to her three Late Night co-conspirators – Dott Cotton, Alotta Bounce and Charlie Buckitt – in literally moving positions. Look for members of the quartet on additional works by photographer Molly Gibson and video artist Piotr Krzymowski, all on the third floor of the Granary Building in King’s Cross. The exhibition is open to the public until Friday, June 22nd. 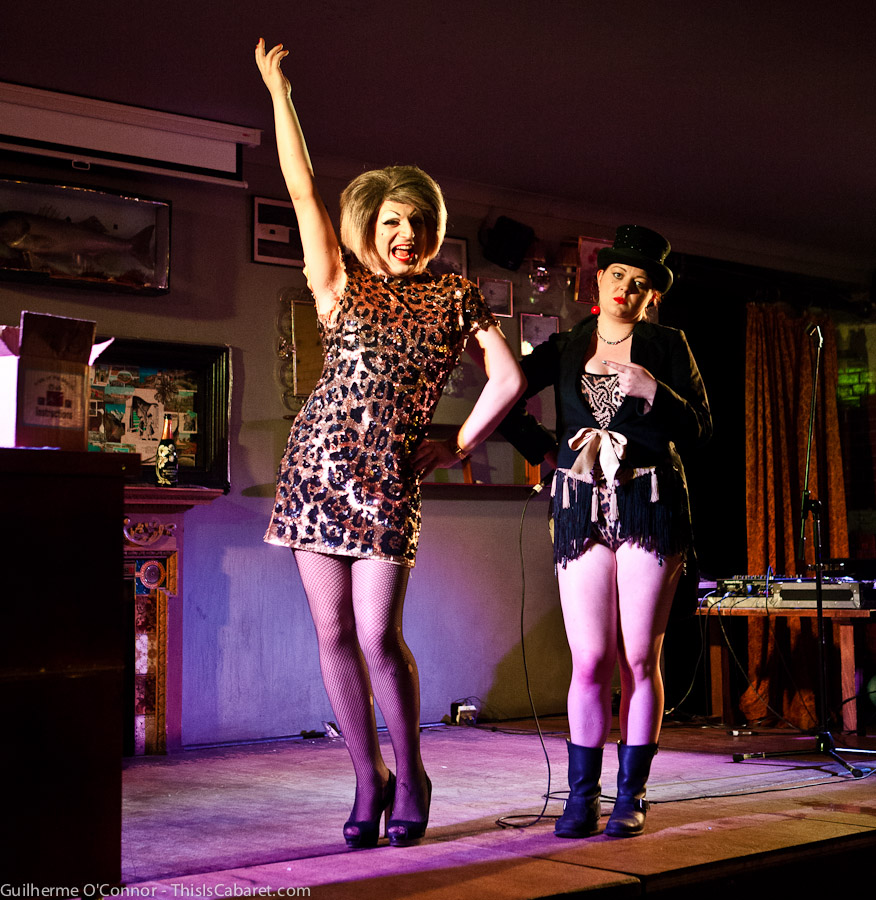 Myra Dubois and Ophelia Bitz co-host Guttersnipes, an evening of cabaret and burlesque in Tooting Broadway

Crowning the week on Sunday was the debut of Guttersnipes in Tooting Broadway. Housed in the spacious working-class ambience of the Tooting Tram and Social pub, the new show gave a stiff shot of politically incorrect humour and amoral fun to an excited audience gagging for more. The inaugural bill included burlesquer Bettsie Bon Bon and the flamboyantly acid pop satire of comic crooner and pianist Mister Meredith, as well as an inventive dance routine to a medley of 90s hits by Jayde Adams, full of costume changes.