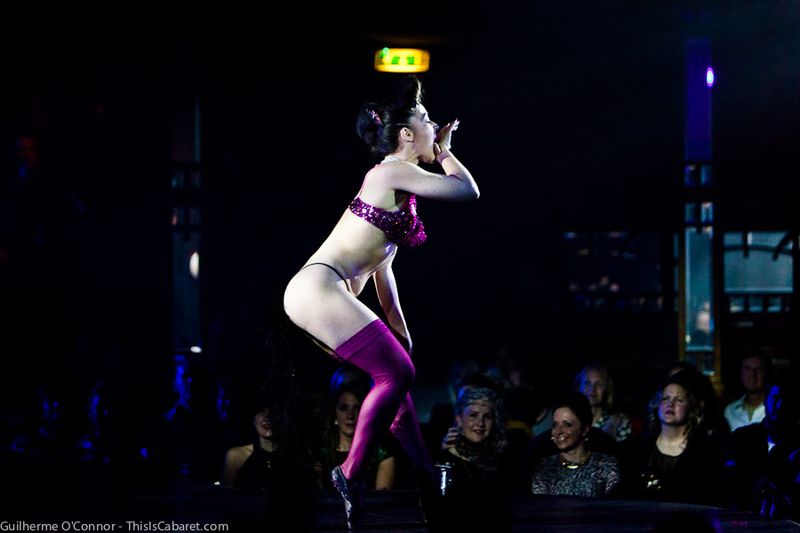 Today sees the start of this year’s London Burlesque Festival. Running until 19 May, many of the shows have already sold out and its wall-to-wall marketing blitz may mean some other fabulous shows around the capital will fly under the radar during this period.

For those who are keen to see some great burlesque action around London as well as or instead of at the festival, we’ve compiled a list of ten worthy events over the next ten days to fit a wide range of tastes and budgets. 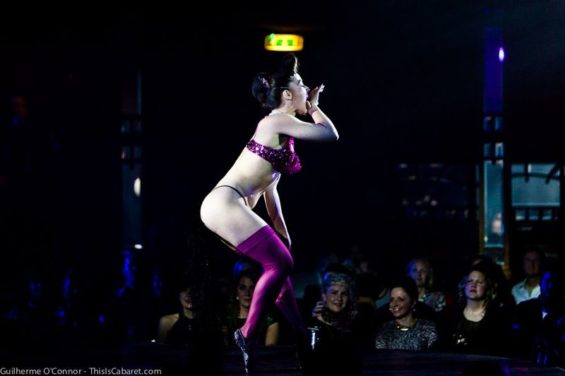 When the original headline star for this year’s London Burlesque Festival pulled out a few weeks ago, many of her British fans were disappointed that she would not be making what would have been a rare appearance on these shores. A public disagreement over contract arrangements spilled onto Facebook with D’Lish, LBF producer Chaz Royal, LBF co-producer Betty D’Light and even Dita Von Teese making their feelings felt online.

Fear not. The internationally renowned performer and costumier will be instead be running a series of workshops as well as performing at two special shows – one at the Hebden Bridge Burlesque Festival on 17 May and one at the Hippodrome Casino’s Matcham Room the following night. The London show will see D’Lish headline a show Jon Lee (currently appearing as Frankie Valli in The Jersey Boys), singer Nicola Emmanuelle and Vicky Butterfly.

This boundary-pushing annual ceremony is more than a celebration of sex-positive values and the people who extol them. The Awards raise money for The Outsiders Trust, a charity which helps disabled people live life to the full and provides services like the Sex And Disability Helpline. The show sees a daring bill of cabaret talent culled from the awards’ semi-final a few weeks ago. In this welcoming environment, expect to see the acts turn up the thrill factor to eleven.

17 May. Venue revealed to ticket holders before the event. Tickets from £25. More details.

When fiery feline Kitty Bang Bang performed at the world-famous Burlesque Hall Of Fame last year, she wasn’t there to make up the numbers. Together with co-producer Bioux Lee Hayes, she is responsible for this superb late night variety extravaganza. Turn up to see an ever-changing cast in an always top-notch show; past performers have included many of the world’s best circus and burlesque like Kiki Kaboom, Le Gateau Chocolat and Katherine Arnold.

The original definition of “burlesque” refers to parody or satire but, amidst the glamour and glitz, little of the modern scene takes this to heart. Not so the Original Street Dancers. A troupe made up of four of London’s sassiest burlesquers in Audacity Chutzpah, Ginger Blush, Hotcake Kitty and Shirley Windmill, they combine street dance with more traditional forms of physical expression like morris dancing. Cheer them on as they battle for the audience vote at one of the real highlights of  the cabaret calendar.

Those who like it dark, weird and otherworldly should get down to East London next Thursday for the multi-award-winning variety night inspired by the works of surreal auteur David Lynch. Hosted by Benjamin Louche, the loyal audience turn up month and month and have learned to expect the unexpected which often sees burlesque performers create special Lynchian routines.

If the price of London Burlesque Festival tickets has left you out of pocket or are beyond your budget, get your party face on and head down to unusual underground venue Cellardoor for some free frolics courtesy of Holly Penfield and Millie Dollar. The cocktails are worth breaking the bank for but do get there early if you need a seat – this popular hangout gets very busy very quickly.

Frog burlesque. Yes, frog burlesque. There’s no need to book an optician’s appointment – instead perhaps book a ticket to see the next chapter in the ascent of Dr Clive’s Circus. With a story that began at American festival Burning Man and has continued sporadically in London, Clive Selwyn’s themed events are immersive affairs which draw the audience into another world.

Eat with the eyes as well as the mouth at Friday night supperclub The Black Cat Cabaret. London Cabaret Award-winning host Dusty Limits will be singing (songs), straddling (audience members) and sauntering (wherever he damn well pleases) as he introduces a cast including the ethereal Vicky Butterfly, fire-breathing burlesque from Missy Macabre and resident showgirl troupe Cabaret Rouge.

Quite possibly the world’s only regular Bond-themed burlesque evening, this is more than an excuse to dust off the raft of puns you may have been expecting. Producer Cherry Shakewell‘s tribute to the secret agent often includes her trademark Goldfinger routine alongside a variety bill which features comedy and circus spots amidst the showgirl performances.

11 May. Volupte. Tickets are £67 each and includes a three course meal. More details.

Now in its seventh year, this Saturday staple of the Cafe de Paris is both a classic and contemporary blend of entertainment with both glamorous showgirls and hunky men (aka the Wam Bam Belles and Wam Bam Buff Boys) plus guest stars stripping off to the delight of the audience. Keep your eyes peeled – this night is a haven for celebrating celebs out on the town.

Undecided about whether to go to the Edinburgh Fringe this year? Watch this space for our guide to cabaret variety in London over the summer.

Photo credit: Gui O’Connor exclusively for This Is Cabaret