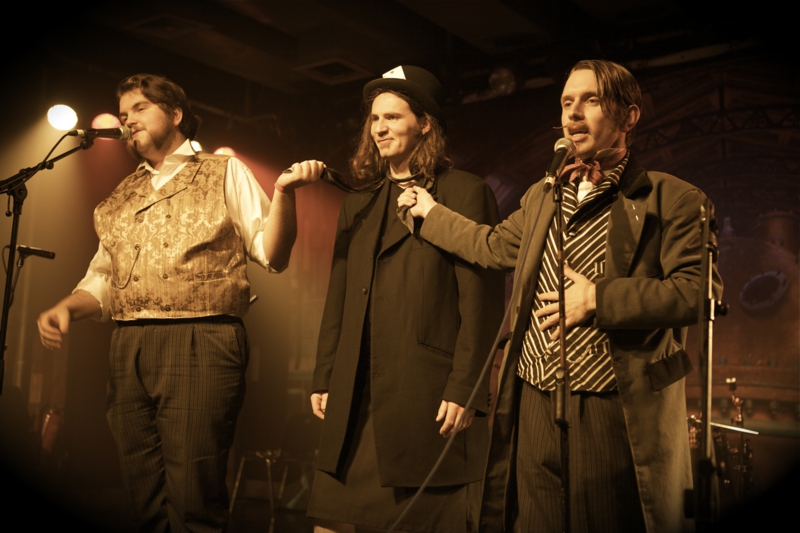 They fooled Penn & Teller but they can fool an entire Royal Albert Hall audience? 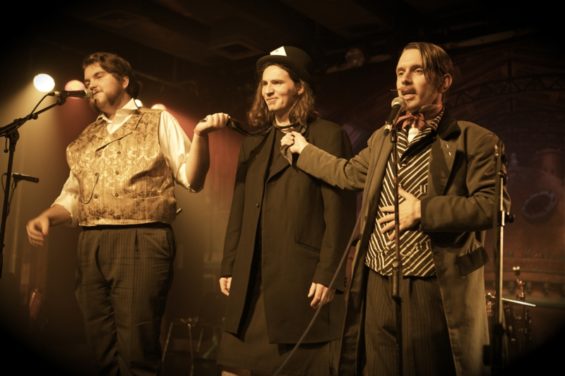 Whether in the afternoon or evening, time-travelling magicians Morgan & West are lovable and entertaining.

For those who haven’t yet had the pleasure of guarding their jaws against descent in the presence of these two, all you really ought to know by way of introduction is that in 2011 magical duo Morgan & West fooled leviathans of trickery Penn and Teller, on a television show entitled Fool Us hosted by Jonathan Ross. No small achievement for two twenty-something-year-old men who describe themselves as the “Victorian Ant and Dec” of magic. So for anyone not a member of the Magic Circle, a hugely silly question follows: on an otherwise unremarkable afternoon in London’s perfectly period Elgar Room at the Royal Albert Hall, can they fool you? You betcha, madam.

They seem tired. It is 1.30pm, hardly a performer’s ideal call-time, especially when you consider that time machine or no time machine; the pair are midway through a gruelling UK tour here. As with all performances of this ilk, preparation is key and the audience sees only a fraction of what occurs, so it all feels a little early in the day.

Robert West, the shorter and more slight of the duo, has stunningly graceful and undulating hands which at one point manipulate crystals in a scene any fan of the movie Labyrinth will adore but fluffs a few opening lines as well as quick-paced exchanges (admittedly involving words like “prestidigitators”) and seems convinced he’s performing in the evening. We forgive him immediately. He’s a time-traveller after all.

Rhys Morgan is perhaps the stronger showman in the opening tricks. He raises guffaws from the audience during the Trademark Biscuit Trick, which involves reading the minds of several audience members to ultimately discover their favourite tea-dunker. To say I’ve no idea how it’s done is hardly surprising. The fact that they’re so lovable and entertaining whilst they fool you into a wide-eyed stupor however, is nothing short of delightful.

All props and tools of trickery are kept strictly within the 1880s dateline, thus one is thoroughly and refreshingly immersed in the Victorian age. A favourite with the plentiful younger audience, Balloon Handcuffs of Death begins with some poignant balloon puppetry –- balloons of course having been invented in 1824 — and sees West deal with a child completely ruining his slicked-down hair exceptionally, revealing a glint of a darker side we see only later when he flips a piece of paper with “true” or “false” written on it with impeccable timing.

One trick that sees Morgan swallowing needles is probably as dark as it gets here, and when so many of their peers seem to have gone all life-threatening and bloodthirsty, it makes a gloriously nice change. They have a knack, especially in a sequence currently named The New Trick, of showing you tantalising titbits of how it’s usually done; a deck of cards on a hat, another switched behind, only to divert your attention and suddenly an apple is where it could never have gotten, and the effect is all the more flabbergasting.

Other than one fairly significant and difficult to cover transitional blip in the final trick of the afternoon which involves foam red noses, it is difficult to find fault with their timing or technique. They are more than capable of accounting for the poor timing of many a child or indeed adult whom they invite onstage however, which is truly admirable.

One has the genuine sense that there is something to understand here if only you could pin it down. You are indeed being fooled, and oh, perhaps you should actually be looking at the other one! But it’s gone and of course you didn’t get it, again. And yet, as each trick confounds you further, you can’t help it, you love them a little more.

Further reading
The Magic Of Audience Participation: love it or hate it, the view from the stage of the classic cabaret ingredient may surprise you.
The Magicians’ Magicians: which conjurers come recommended by Morgan & West?
Double Trouble: What is like to be a duo? Morgan & West investigate with the help of EastEnd Cabaret, Frisky & Mannish.
Magicians down under: Morgan & West sent us from two Australian cabaret festivals in Perth and Adelaide.