Double Trouble: What Is Like To Be A Duo? 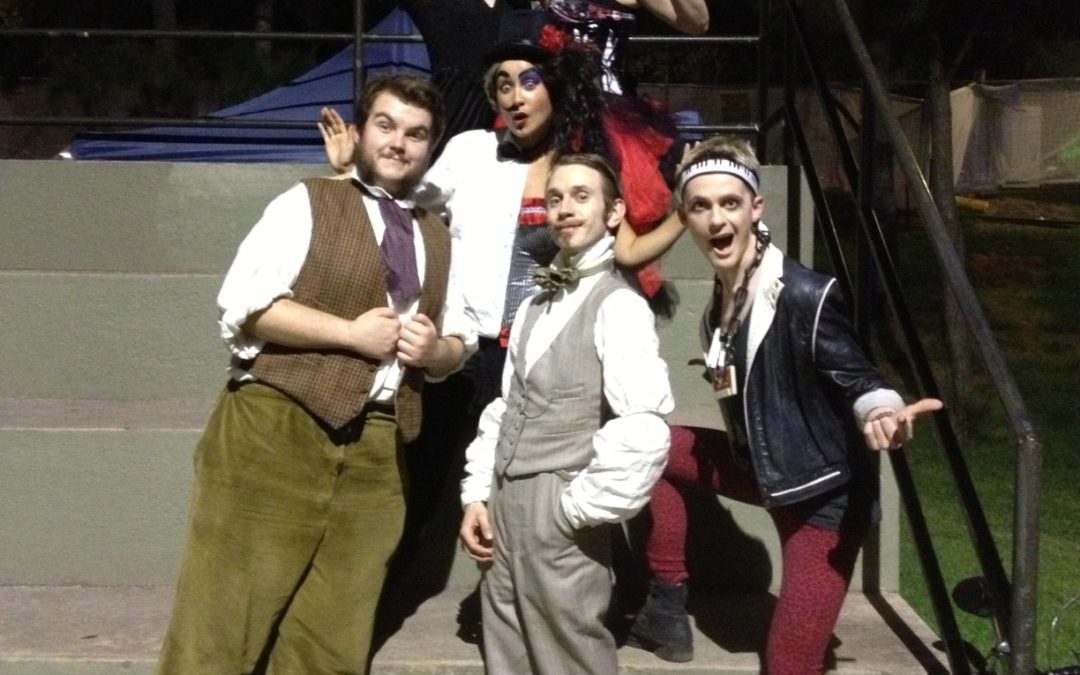 Morgan & West are a double act, a brace of people. No surprise there, “ampersand” would be rather an odd middle name. So how does being a double act differ from being a solo performer? We thought that we would share our views on some aspects and also have a chat to some other double acts too. 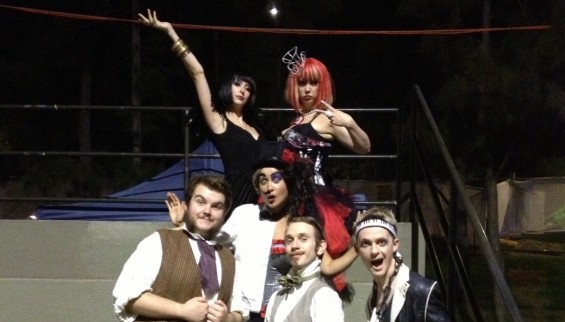 Do we both stand side by side poised at the keyboard, one typing with the left hand and one typing with the right? Perhaps we alternate sentences, paragraphs or even bodies of work (be they tricks, tech scripts or articles)? Or does one of us do everything whilst the other sits in a hammock sipping from a cup of tea? Actually it is none of the above.

When writing, like for most things, we have a system. Namely we discuss things and decide how it should be done. Then, when happy, one of us writes everything and at the end the other edits it. So in the spirit of honesty let it be known that it is I, Rhys, who is writing this particular article.

Don’t worry, Rob knows all about it. Most of it, anyway.

The act comes first. For us, without a doubt, the most important aspect of being a duo. We find this encompasses several different ideas. Most plainly perhaps it means that shows come before personal commitments.

As much as one of us might want nothing more than to spend a lazy Sunday with friends down the pub, two of us survive by the money the act is paid and so if a show comes up a show must be done. We book time off with each other for special occasions (family birthdays and the such) but we are very aware that we can never be individual masters of the Morgan & West diary.

Less obviously, there is no blame when something goes wrong. This does not mean that in a trick misfires or a line is forgotten it will be ignored – that way lies a slippery slope to poor performances. Instead at the end of every show we will run through points with each other which need correction or improvement. It is all for the good of the act and so is a critique and most definitely not personal criticism.

Specifically, of course, we are a magic duo and in many respects having a second person on stage makes much of the trickery itself significantly easier. If I want to do “a move”, or something dodgy if you will, all I need is for Rob to attract the audience’s attention and, hey presto, I can get away with murder. Definitely one point to partnership.

Bernadette Byrne and Victor/Victoria (aka EastEnd Cabaret) spoke to me about their own duality.

Victor/Victoria: One of the greatest (and potentially worst) things about being in a duo is that there is always two of you on stage. Sharing the limelight.
Bernadette Byrne: But of course, most people will be looking at me for the majority of the time, darlings. As the more attractive half of the duo, this is an undeniable fact…
VV: Although there are moments, Bernadette, when people will be watching the both of us. Together. As a partnership.
BB: Well, I suppose sometimes I need you there, to play the instruments, and buy me gin, and so on.
VV: In any case, I think we are lucky to have another person there. If something goes wrong – a forgotten line, a microphone dropping out, an audience member getting a little too excited – your other half will be there to help cover with you, or even to pull focus if need be.
BB: I have warned you before, Victy, about pulling focus.
VV: Sorry.
BB: But the halfie is right. As a double act, you are never on your own.

As a performing pair we have to plan, script and rehearse everything very carefully. Should one of us have a wobble on stage or ad lib it had better be short lived as getting the Hogwarts Express back on the tracks can be quite tricky.

Lots of rehearsal leads to a tighter act (always a good thing) and as such when not performing we can be found practicing new material until everything is as slick as it should be. Rob often despairs during this process as I take three times as long as he does to learn something but I refer you to my point about blame.

Rob and I started out as close friends and thankfully we still are. For the last three years we have spent more waking hours with each other than our respective partners and often share hotel rooms when touring (I snore, Rob throws things from across the room to stop me). To this day we remain firm friends and we know not to be offended when we just don’t want to see each other for a few days. Long may it continue.

Frisky and Mannish also had the following to say:

“When you’re a duo, you have each other’s backs in a really comforting way. You don’t turn up to a gig alone, worrying about whether you’ll succeed or fail, and whichever happens, you have someone to celebrate or commiserate with. It’s also brilliant to have someone who challenges you to be better, because you’re responsible for their success as well as your own.”

We are a duo on stage but a trio off stage. We work with a producer, Heather, who deals with everything that isn’t the show itself. Without her we would never have the time, or indeed energy, to write anything new. She is the third member of our double act.

All told being part of a duo has it’s complications but is heaps of fun. Why not find a like-minded soul and give it a go?

Morgan & West will be appearing in their show Clockwork Miracles at the Garden of Unearthly Delights until 17 March.