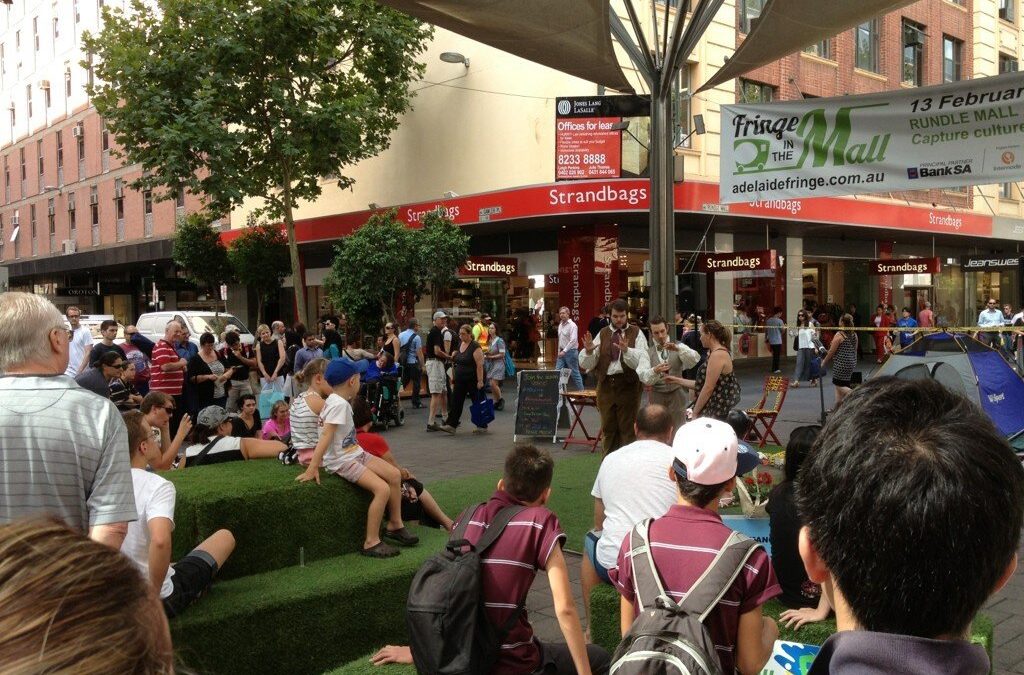 Since their last postcard from Perth, magicians Morgan & West have travelled to the Adelaide Fringe Festival. Did they use some form of arcane sorcery lost to the mists of time or the local transport system? We may never know. 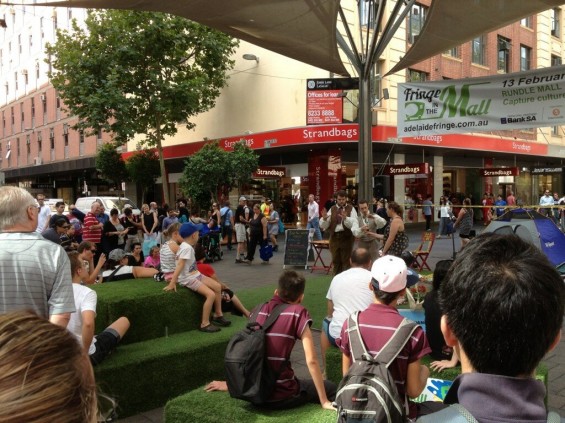 Morgan & West have brought some of their trademark Victorian magic to Adelaide.

Dear This Is Cabaret,

We arrived in Adelaide a little while ago now. Sorry we haven’t written sooner but it has been a busy start to a festival!

Thankfully no accommodation woes this time, quite the opposite in fact. We are living very near to Frisky and Mannish, Abandoman, Amelie Soleil and Piff the Magic Dragon. EastEnd Cabaret organised a delightful barbecue in a park yesterday and we all had a jolly good time.

The shows have got off to a grand old start with lovely audiences emitting suitably baffled noises. The Garden of Unearthly Delights does pretty much exactly what it says on the tin. Tonight we plan to go and see a few shows ourselves. One is called Limbo and is on it’s way to The Southbank after Adelaide, or so we hear.

We are regretting our usual three piece woollen suits. If we return next year, I imagine we will invest in fashionable striped bathing costumes. I suspect the show will be called “Morgan & West: Beach-Going Magicians“.

We seem to have become regular performers at an early morning children’s comedy show which is rather a lot of fun. Nothing quite like the unpredictability of a young mind to keep you on your toes!

Must dash, flyering to be done. Wish you were here.

When not busy spruiking around Adelaide, Morgan & West will be appearing in their show Clockwork Miracles at the Garden of Unearthly Delights until 17 March.