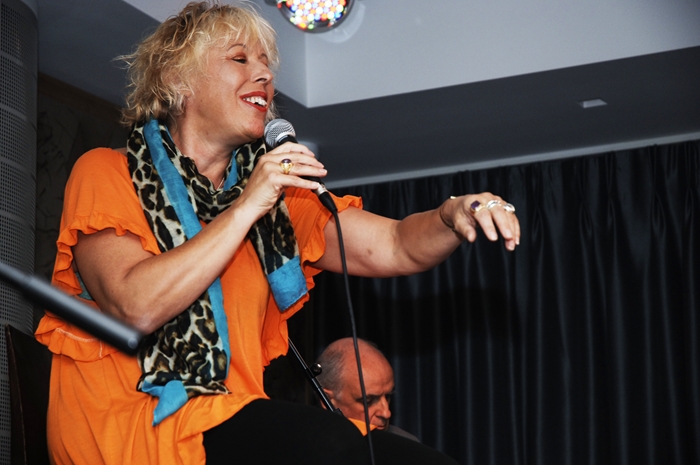 The launch of the controversial London Festival Of Cabaret also saw the opening of the capital’s latest cabaret room. What’s it like? 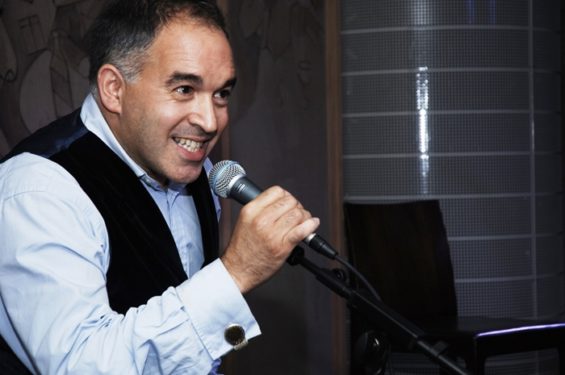 Neil Marcus, artistic director of the London Festival Of Cabaret

If all publicity is good publicity, the inaugural London Festival Of Cabaret (LFOC) could not have got off to a better start when it announced itself to the world in June. Aimed specifically at celebrating the American and British songbook, it attracted unprecedented amounts of online umbrage from the wider cabaret community with even Time Out’s Ben Walters weighing in with his own editorial.

The backlash was hardly ameliorated when, in an interview with the Evening Standard, the festival’s poster boy Alexander Armstrong seemed to ignore the cabaret’s surge over the last decade. Worse, he described burlesque in less than salutary terms saying that “a whole load of old strippers bought themselves pompons and souped-up their sets and are calling themselves burlesque“. Another social media storm raged, one which was only somewhat abated when Armstrong quickly and profusely apologised via Twitter for his comments.

Thankfully, these clouds come with a few silver linings. LFoC has reacted positively, taking on board the criticism and expanding its duration. The festival now runs from 13 October to 17 November and artistic director Neil Marcus is looking into widening the scope of the festival by adding other cabaret genres; a nod to his goodwill in the area can be seen in arranging for drag entertainer Miss Hope Springs to present a special show as part of LFOC.

For their part, the cabaret community have focussed their creative energies away from opprobrium and towards the construction of the new London Cabaret Festival, a grassroots collaboration of performers and producers which will run through the month of October before returning next May. Further, a new Cabariot video has been filmed featuring many of those who felt snubbed by LFOC.

The LFOC launch took place in the Oak Room, a brand new cabaret space in the Hospital Club. Situated on the fourth floor of the central London private members’ club, the Room could be seen as a sign of its deepening relationship with songbook cabaret, a relationship which includes being one of LFOC’s sponsors. It joins other artistic facilities on the site including a television studio, music studio, screening room, restaurant and art gallery. The room’s name, though, could hardly be less auspicious connected as it is to two venues across the pond which have hit the headlines for the wrong reasons in recent years. 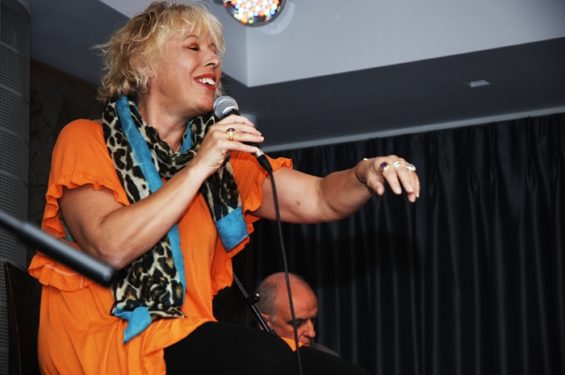 A Fifth Avenue institution, the Plaza Hotel’s Oak Room has been graced by the likes of President Bill Clinton and Lady Gaga. In 2011, the place was castigated by its own landlords as “a bawdy joint with ‘raucous and/or vulgar’ behaviour including drug taking.” and was sued for $33m for bringing the hotel into disrepute. Considering that this is the same hotel which saw Charlie Sheen’s infamous “melt down” where he wrecked his room in an alleged drug fuelled rampage the year before, that is some feat. Another legendary Oak Room in the Big Apple, this time at the Algonquin Hotel, shut up shop in 2012 after being open for 32 years. Despite launching the careers of Harry Connick Jr., Diana Krall and Michael Feinstein, declining audiences sealed its fate.

So what fate awaits this latest Oak Room? The 100-capacity space is evidently still in its infancy having been transformed from a building site only two weeks prior to its opening. The adjoining bar/terrace and performers’ changing room area (located on the third floor, with stair access to separate artist from audience entrances) were still in their completion stages at the time.

Although the configuration for the LFOC launch adopted a traditional cabaret style layout of round tables and chairs, the room’s white walls, blue conference curtains, parquet flooring and metallic doors did nothing to lessen a rather cold and sterile mood which felt better suited to conferences than a show. Having said that, the Hospital Club has done well to integrate a decent sound system together with its own sound booth into an area at the back of the room surrounded by alcove sofa seating. This, though, alongside other architectural defaults, could easily present its own obstacles in restricting the flexibility of creative staging. Likewise, in hoping to extend itself into hosting high end cabaret evenings, logistical technical issues are foreseeable, due to the specific architectural default of a beam running across the centre of the room as well as the low ceiling, hindering optimum use of the short par can LED lighting that has been installed.

Sadly, the unveiling of the Oak Room for this event was time pinched and the brief performances did not perhaps display the Oak Room’s potential in the best light. In wishing The Oak Room every success in the future, one can simply suggest one thing: watch this space.

London Festival Of Cabaret officially opens on Sunday 13 October. Full information on the festival can be found on its official website.