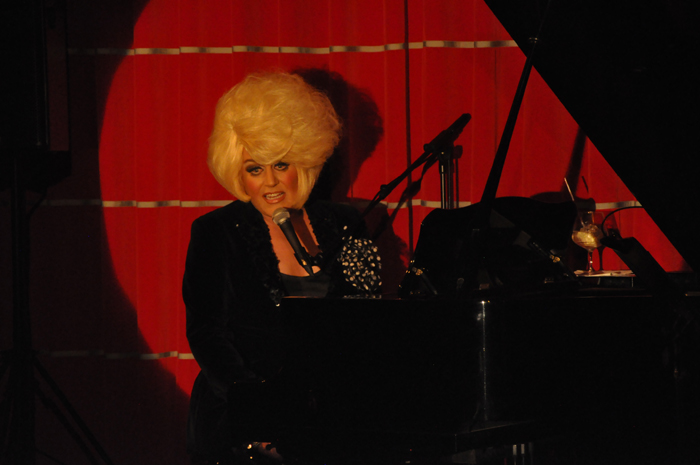 Glitter and loud show tunes can only go so far. Inaugurating new Piccadilly venue Crazy Coqs Cabaret with Sunday Soirée, a musical comedy residency conceived under the label of “sophisticamp”, Miss Hope Springs is living proof that drag can be swanky.

The diva’s Las Vegas showgirl back-story of marriage failure and celebrity flings fuels two sets of old-school piano cabaret. Her banter is careful and congenial, catching the public off-guard with a liberal scattering of punch lines and double entendres. Springs sways her audience with comic finesse and just the right amount of poison.

Finely crooned original songs make up the bulk of the Sunday Soirée repertoire, all written and arranged by the songbird herself (or rather by singer-songwriter Ty Jeffries, her daytime gentleman alter ego). Trog takes a dramatic look at the extreme age gap taxing a relationship between a woman and a frozen caveman, while the catchy I’m Bi wrings laughter around the room with its metaphor-rich manifesto of sexual greed.

Miss Hope Springs is not alone in the bill. Bassist Mario Castronari and drummer Jasper Morrissey provide a jazzy rhythm to her piano playing. Likewise, Alexandra Bastien and Ben Warbis open and close the show as the Crazy Coquettes, dancing to the Crazy Coqs Cabaret theme song and contributing humorous “interpretive dance” to an instrumental live soundtrack, in routines choreographed by Springs.

Expect the weekly dates to include additional guest acts. The debut featured Mandy Muden in a series of botched magic numbers that turn right at the end. Her teasing digs at the spectators, though, are more amusing than her protracted mind-reading and card tricks, which grow weary quickly with poor timing. 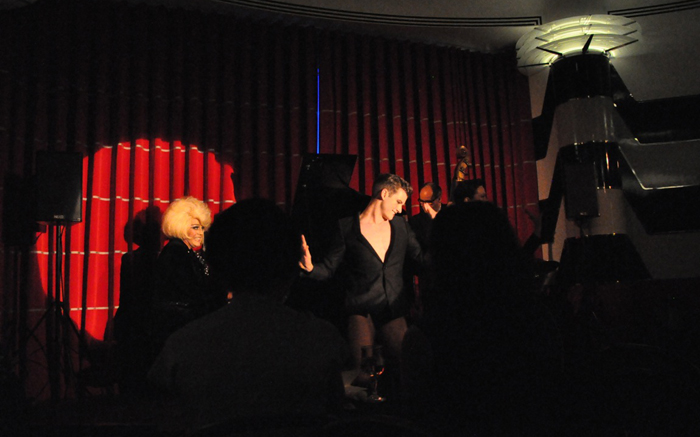 A listed art deco room with a stylish ambience, Crazy Coqs Cabaret is in itself one of the stars of the show. Sitting roughly 80 people, it combines the intimacy of a small space with the higher production values of a larger music club, like a spotlight and a grand piano. It doesn’t serve food, unlike the American bar across the hall or Brasserie Zédel upstairs. They are all part of the same venue, which patrons can explore leisurely as they indulge their appetites during the 45-minute interval separating the two sets.

Cabaret may have grown more agile and diverse in the age of the backing track, but the chemistry that live musical comedy establishes with the crowd is an irreplaceable treat. Both nostalgic and fresh, Miss Hope Springs’ Sunday Soirée is an evening of no-frills entertainment to end your weekend on a relaxing note, or rather several, as the adept chanteuse tinkles ivories and other funny bones with abandon.