Walter: Tassel-Twirling Can Save Your Life 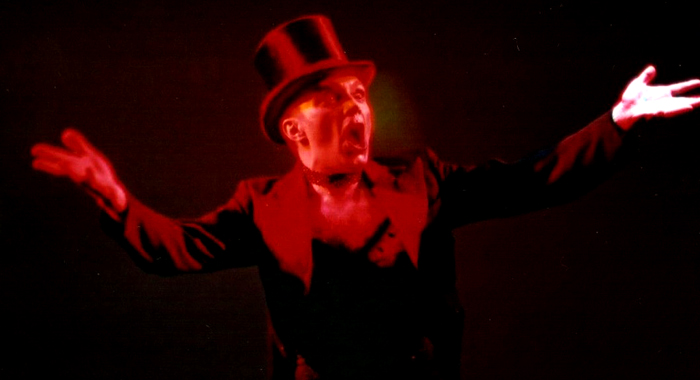 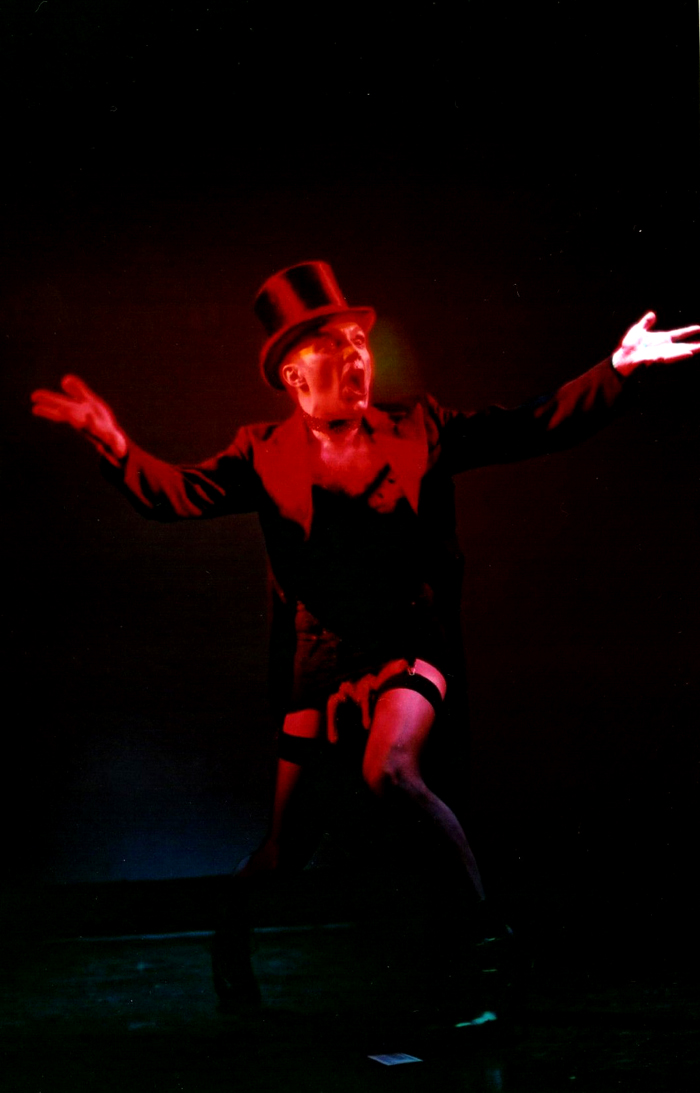 Walter’s Victorian boylesque number in 2005: can you spot the tassels?

A former Whoopee Club performer, Walter got literally balls-deep into boylesque back when audiences barely knew what burlesque was. C.J. Lazaretti speaks to the veteran about his first taste of the Fringe, career highlights and new directions after a seven-year sabbatical.

Stockings, suspenders, a trilby, a beaded basque and very high heels. If the outfit suggests a burlesque bombshell to you, you’re half-right. Those are the fatigues of Walter, one of the earliest male burlesque performers in London’s scene.

As a member of pioneering ensemble and show Whoopee Club, the Sussex native was one of a handful of artists paving the way for the supper clubs and decadent revues that have taken over the British capital by the dozens in the last five years. Together with Fancy Chance, Gwendoline Lamour and other vaudevillians, he was championing controversial satirical antics onstage at a time when you couldn’t presume mainstream audiences to know the first thing about the word “burlesque”, let alone “boylesque”.

That show included material developed during The Crooked Mirror Cabaret, a revue created by the Whoopee Club for their Edinburgh Festival Fringe debut in 2004. Running for two weeks at C Central, it was one of the first London variety transfers to compete with stand-up comedy shows for the midnight slot, a schedule soon to become popular in the genre with productions by the likes of Itsy, Assembly and Boom Boom Club. Given that the show was sponsored by Hendrick’s Gin, it was perhaps unsurprising that the show usually ended with its entire cast carousing noisily amidst the audience at 3 AM or later. 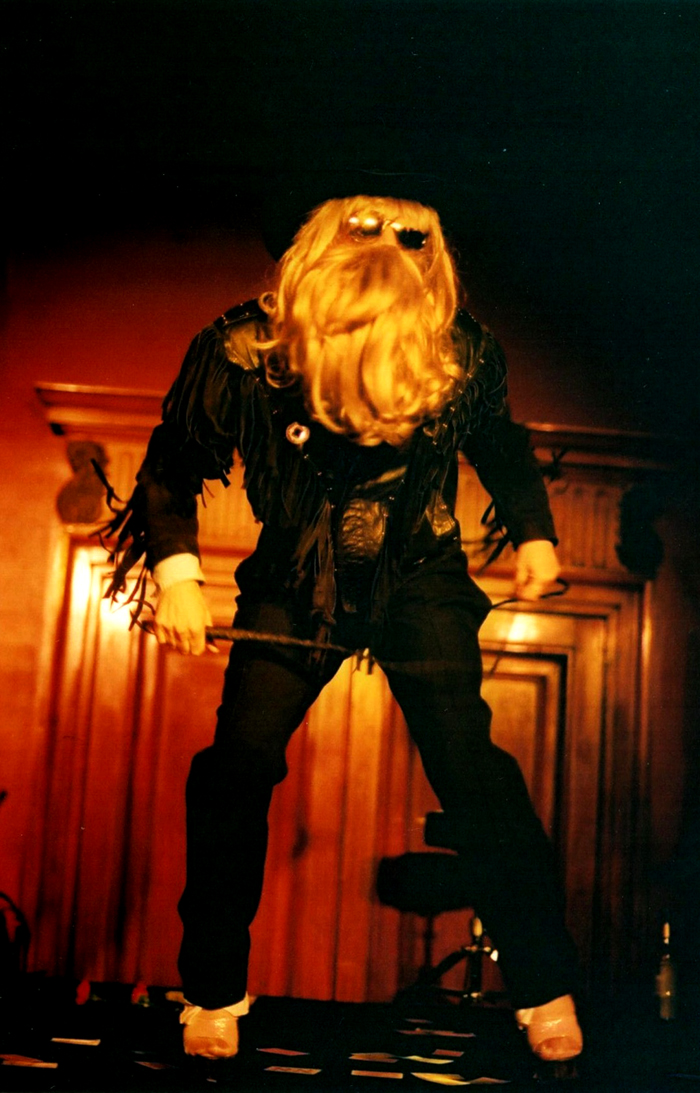 For the duration of the festival, Walter shared a flat with Blaize and lingerie designer Atsuko Kudo. “We’d usually share a taxi back home, often in what remained of our costumes at the end of the night,” remembers the performer. “This was partly down to the fact that the dressing room at the venue was just a goods staircase in the hotel and didn’t offer much in the way of privacy.” One night, during a quick stop for snacks at a service station, they ran into a loud gang of neds. Confronted with their loud catcalls, Walter gave no reply other than to twirl his crotch tassels, one of his signature onstage tricks. Rather than knuckle-cracking or dialectal Anglophobia, it was to the sound of applause that the trio made their exit, arriving at their flat safe, sound and still drunk.

The “bollock tassels”, as Walter calls them, are a regular part of his costume in different acts. They were custom-made by Atsuko Kudo, who’s also created for her friend a resourceful Victorian magician outfit that allows him to strip off parts of his shirt without removing his tailcoat. Kudo is famous for her latex fetish wear, counting Beyoncé, Kate Moss and Lady Gaga among her clients. Sadomasochism enthusiasts might be disappointed to learn that Walter’s tassels don’t actually attach to his scrotum, which would feel quite uncomfortable considering the degree to which they protrude out of his costume.

Shortly after his Arts Theatre season in 2005, Walter took a sabbatical, performing as his final act a routine called Trailer Park Trash, a satire of Americana to the tune of ZZ Top, Britney Spears and Tammy Wynette. “I only remembered a few years later that my own first couple of years were spent as a baby in a caravan in Selsey,” says the artist. “You can take the girl out of the trailer, but…” 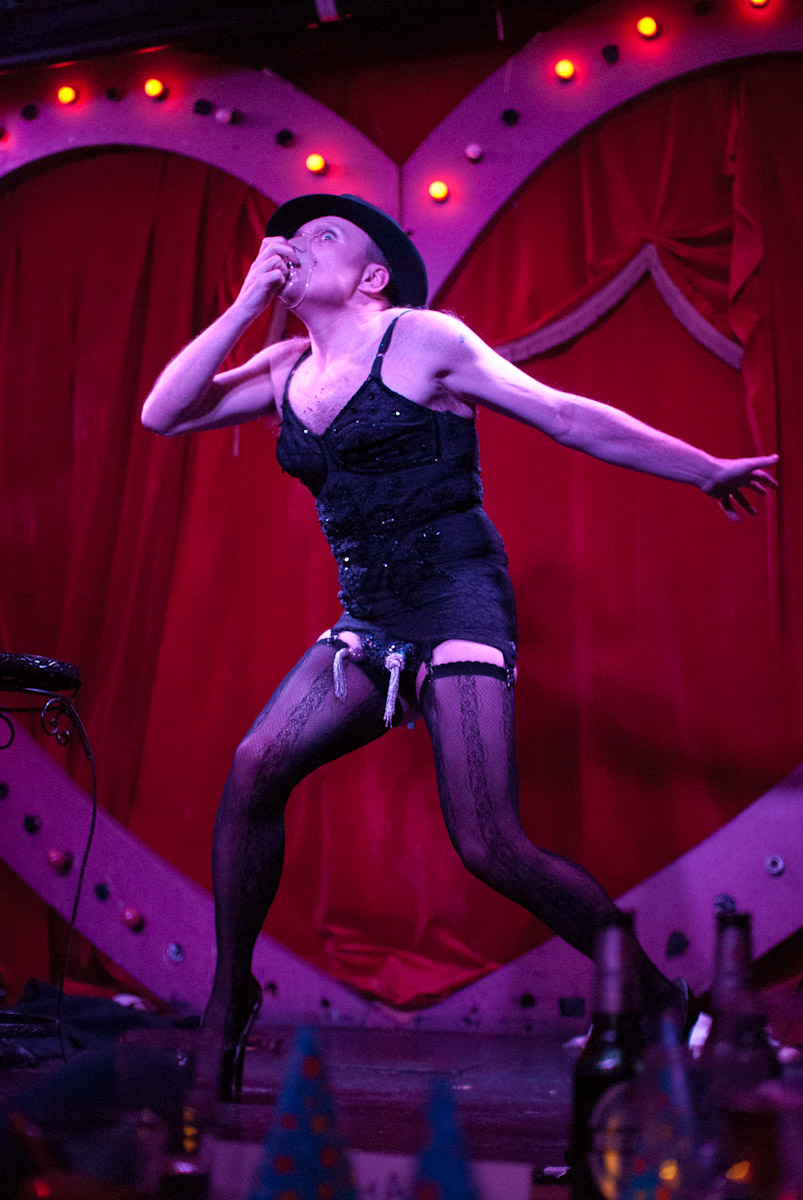 The sabbatical ended last September with Being Frank, a bespoke number re-imagining the death of Blue Velvet villain Frank Booth for the third anniversary show of The Double R Club. While he sees a measure of continuity between that routine and Trailer Park Trash, the boylesquer is ready to break it: “the next routine will probably return to the UK for its inspiration.” Previous outings saw Walter strut his stuff to everything from The Boys Are Back in Town to You Spin Me Round (Like a Record). There’s no telling what he’ll choose as his next target.

I’m still taken aback by the bollock tassels. They’re easy to miss, but once you spot them, you can’t look away. Even as an anatomically safe special effect, dancing with an extra pair between your legs cannot be a comfortable activity. Does the boylesque pioneer have any advice for prospective testicular twirlers?

“As with all parts of Walter’s existence, it’s infinitely better in heels.”

Don’t know why I bothered asking.

Curious to see what Walter’s re-ignited vaudevillian antics will look like? See www.walter.uk.com for upcoming dates and other details.