Video Of The Week: Piff The Magic Dragon vs Andrey The Epic Fail Dragon 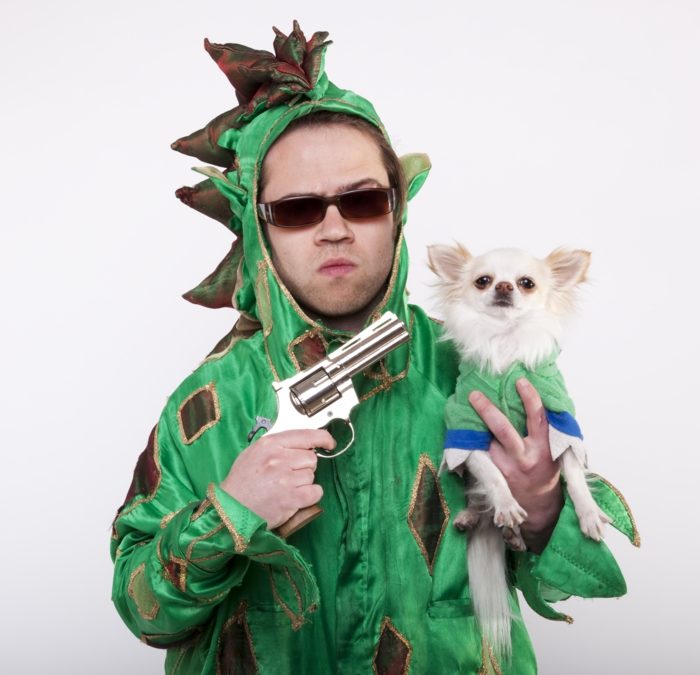 Our regular thread on new and classic cabaret videos continues with a look back and exclusive commentary on one of our favourite stories of 2012.

When Ukrainian talent show contestant Andrey Chekanuk stepped before the judges last year in an ill-fitting dragon costume, mouths dropped open all over the world.

Plagiarism is nothing new in cabaret but Chekanuk took it to a whole new level with an act which mimicked in many details that of London-based magician Piff The Magic Dragon. True, the East European version of Mr Piffles was a guinea pig, not a chihuahua, but the tricks, props, mannerisms and banter were very much spot on. After seeing the cheeky East European in action, Piff decided to put his own video together to show just how similar his act was to Chekanuk’s.

We spoke to Piff last week about his Ukrainian admirer.

Where were you first saw Andrey’s act?

At a motorway service station

What was the very first thought that occurred when you saw it?

“You cannot be serious.”

At the time, you mentioned on Twitter the possibility of legal action. Was that serious?

Yes. My agent looked into it all and it would have been totally viable. But of course, legal action is a money pit and we would never have seen the money return. So we decided to try to get as much PR as possible from it – hence the video.

Did Andrey and yourself ever get in contact with each other?

No. Never heard anything from him. But I did meet the judge, Kate, who busted him on the show. She was an absolute legend and defended my honour on the show and I’m very grateful to her.

Piff The Magic Dragon will be taking his show Jurassic Bark to the Soho Theatre in March. Dates and ticket information are available here.