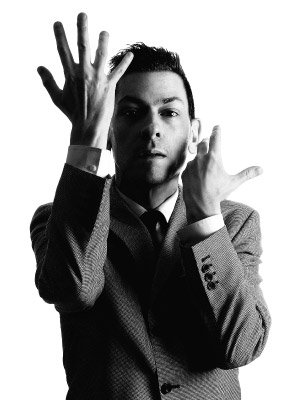 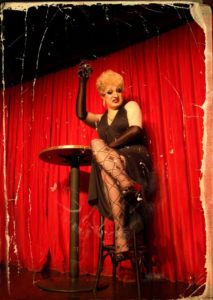 Let’s get down to business. Speaking frankly, I’ve been around the block. London may be in the midst of a Cabaret (with a C) boom right now, and I love Kander and Ebb as much as the next person, but I can pre-date that. I’ve been in show-business for years. I paid my dues in the cut-throat world of Amateur Dramatics and I’ve glass collected in Working Men’s Clubs where a Neil Diamond tribute band could kick-start a riot (true story). I’ve learnt a thing or two along the way, and it’s only fair I pass this wisdom on to my fellow performers. So that’s what I’m going to do here. A cavalcade of entertainers have submitted their showbiz problems for me to solve right here in this column. This is both for the benefit of their careers, and to give you something to read on the bus on your smart phone.

The award winning and super-sharp David Mills is a stand up comedian par excellence. Here, he confides in Aunty Myra.

I like to think I have a distinctive style. Of course it references loads of icons from light entertainment — mostly in the US such as Paul Lynde and Scott Thompson — but also UK greats such as Dave Allen.

Now I see newer acts inspired by the same references moving in on a performance style I’ve been perfecting for years. Are they stealing my act or am I being paranoid? Is it flattery or larceny? Maybe it’s time for me to move on and find another long lost influence to plunder. Fran Lebowitz? Whattaya think?

First of all let’s make one thing clear. There is nothing new under the sun. Apparently Coco Chanel once said “Anyone who thinks they’re original has no sense of history” and I couldn’t agree more.

Secondly, you can’t escape pop culture. It’s entirely natural that other people will be popping up on the scene with similar acts to your own as they will have been exposed to the same influences as yourself. No one is stealing your act.

Now we’ve established that, allow me to be constructive. What you need to do is make sure these bitches don’t succeed. Befriend them, then play dirty. Start gossip, arrange for large groups of friends to show up at their gig (you’ll need about 50) on the agreement that no one laughs. Create awkward dressing room moments (like going for a shite in the communal loo, using up other peoples make up wipes etc) and blame the aforementioned newbie. Their career should curl up and die in no time.

David Mills and Myra DuBois both star in ‘Mouthing Off’, a one-off chat show with guests Frances Barber and Clayton Littlewood, on Thursday the 12th of April at the Royal Vauxhall Tavern. See www.rvt.org.uk for more information.