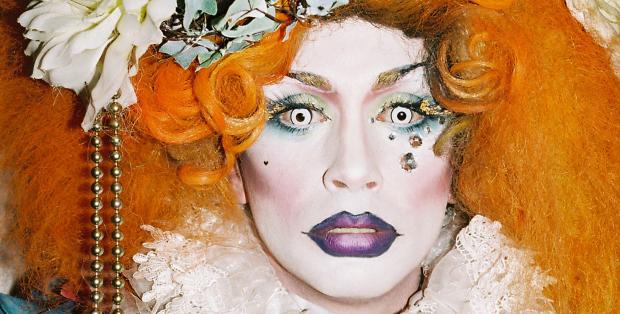 This week sees the deadline for those looking to become RuPaul’s Drag Race UK Ambassador. Entrants have until midday tomorrow to apply the lippy, adjust the wig and record a video entry.

As ever, RuPaul and her judges will be checking the entries for charisma, uniqueness, nerve and talent. Twenty of the best will be called in to perform live in front of them with the winner getting an all-expenses trip to Los Angeles for themselves and a friend and behind the scenes access to Season 8 filming for RuPaul’s Drag Race.

Based on the qualities of showgirlship, humour, intelligence and talent, we’ve compiled our own top tips for the Ambassadorship. We wish all entrants the best of luck and remind them that, not only are they representing the UK drag scene to the rest of the world, but that we haven’t been to LA and could do with a holiday. Just saying.

A member of the Family Gorgeous and one of the #ManchesterQueens, Anna Phylactic (above) has a look slightly fiercer than a bowl of hungry piranhas and can lipsync like she was born to it. What’s not to love?

Bunny Galore is no stranger to the stage being a mainstay of the critically-acclaimed Wam Bam Club. She’s appeared all over London’s cabaret scene and now wants a slice of that sweet RuPaul cherry pie.

To paraphrase the Bloodhound Gang, Mancunian Liquorice Black is not black like Barry White but white like Frank Black is. Here’s the “monochrome drag queen” and her rather funky pop video.

If RuPaul has a hankering for a wildcard, the dark prince of the piano Joe Black could be just the ticket. Black is better known as a musical comedian and compere but he rocks a frock remarkably well.

As smart as she is stunning, Miss Cairo is something of a drag guru despite her youthful appearance. She has already told us how to achieve drag perfection so let’s see if RuPaul is as big a fan of her as we are.

Originally from southern Ireland, 25-year-old Candy Warhol is now London-based and, going by her video, a real contender for more than fifteen minutes of fame.

And some of the rest…

Boneshá Carter completely rocks that “just rolled out of bed and switched on the camera” look. You go, girl.

Pole-swingers, eat your hearts out: Jessica Bettsy Rose does everything Gene Kelly did but in high heels and a tutu.

Tiara is 32 and from Liverpool. Well, she says Liverpool but at 1.10 we were thinking Chernobyl.

Also from Liverpool, The Vivienne has been on the scene for around 7 years and has gone from “doorho” to DJ.

A girl from a land down under, Holly Would promises to representing everywhere from Uluru to the House of Commons.

Holly Something knows that her looks “aren’t fabulous and avant garde” but feels that her talent “speaks for itself”. It certainly does.

Miss Vivienne Lindsay is all the way from Nottingham and tells us that “you can be whoever you want to be.” Tell that to my boss, Vivienne.

Vanity Nightmare is so fresh on the scene, her lipstick hasn’t dried. Is her future written in the stars?

Videos of all competitors can be seen online here.