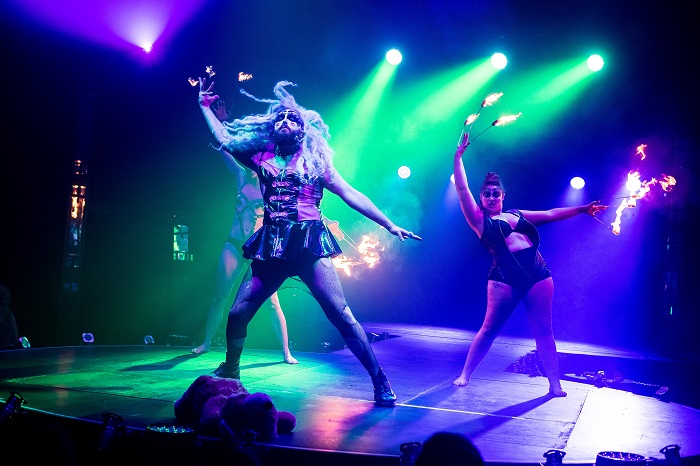 Outrageous, aggressive, gaudy, crass, confrontational, rude – these are all reasons Finger in the Pie’s Wunderfinger is such a joy to watch. Is this show the best worst taste cabaret to hit the London Wonderground’s Spiegeltent this summer? Probably. It’s why you should go and see it on the 16 August when it comes back for a second and final outing. Just don’t bring your kids.

The duo of the bearded “drag terrorist” (a description as apt as any other) Baby Lame and her accomplice Lilly Snatchdragon host the show while trading insults and dick pics and competing over the affections of the audience. Their banter is funny and fast and relies heavily on being as mean as possible to each other. 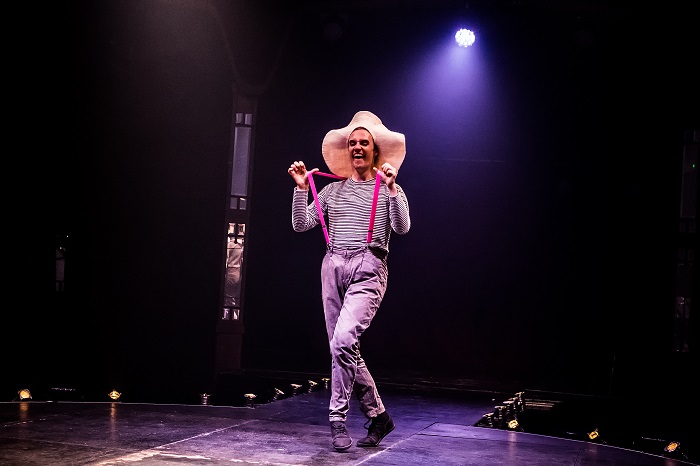 Baby shows real talent is in her ability to range from a high pitched sugary tone to a full on guttural growl, both while speaking and singing. It is the energy and sense of the unexpected that this creates that propels the show forward. Lilly’s self-aware, self-sexualisation while playing with Asian stereotypes provides a good counterbalance – and the two are great together.

The hosts are joined by clowns and circus and sideshow artistes. Luminescent pair The Fire Factory play Rabbies and Scabbies, two women in giant dolphin and rabbit masks who provide backing dancing and comic support as well as a duo body burning routine. There is a lot of potential for the transfers and tricks when passing the flame from one to another and fulfil that potential well. 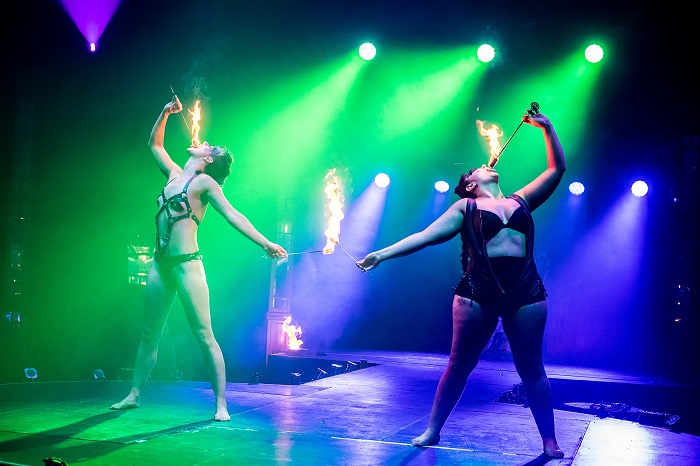 Clowns Pi The Mime and Kiki Lovechild provide a strange non-verbal innocence at well-timed moments that help give the show more depth and stop it existing purely on one level. The latter is currently up at the Edinburgh Fringe with his show Sheets and for Wunderfinger he displayed a virtuoso masterclass in physical comedy, one element of which sees him chasing a small paper butterfly around the Spiegeltent. There is a lot of clown or physical theatre acts in cabaret these days that are not completely thought through this pair’s antics rise far above the usual fare.

Wunderfinger’s Lady Fingerbang (aerialist Josie-Beth Davies) provides an accomplished pair of acts. Her hoop routine shows her pulling some very flexible positions with great lines. The routine relies more on her spinning while holding shapes, than dynamic movements; her later silks act is fine but perhaps fails to drop hard enough and feels like it lacks some more advanced technical skills. 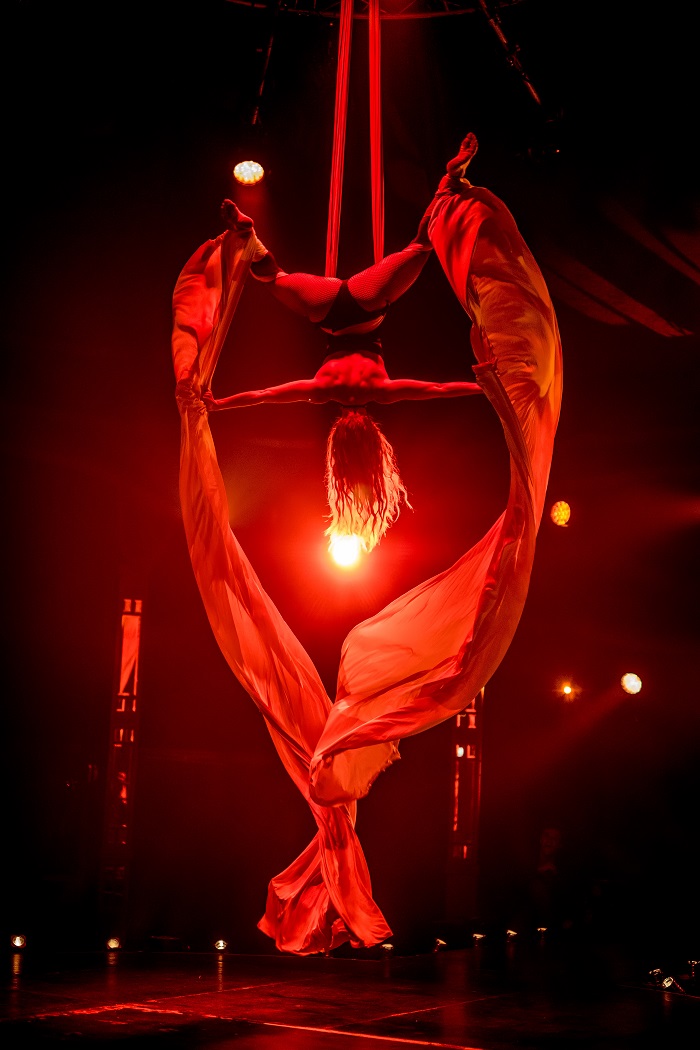 Overall the show is an incredibly fun mixture of personality, attitude and skills. If you are looking for a tastefully offensive cabaret, full of suave and sophisticated types drinking cocktails while watching a few show tunes, this is definitely a night for you.

Finger In The Pie’s Wunderfinger returns on 16 August 2016. More information can be found on the London Wonderground website.