Stepping Out In The New Look London Wonderground 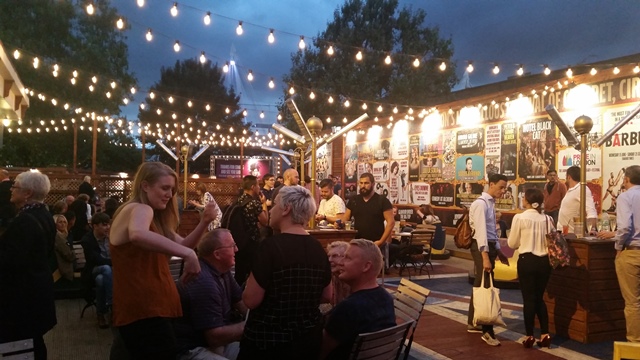 London Wonderground, the South Bank’s alternative jewel in its culture crown, is bigger and better. No longer taken over by a giant purple cow (the Udderbelly Festival), the full site comes complete with fairground rides and two new bars to compliment its jam-packed schedule of  cabaret, circus and burlesque. Never tired of hearing the phrase “two new bars”, our reporter Laura Cress went to check it out and took pictures along the way so that we had some memory of what a 2016 summer looked like. 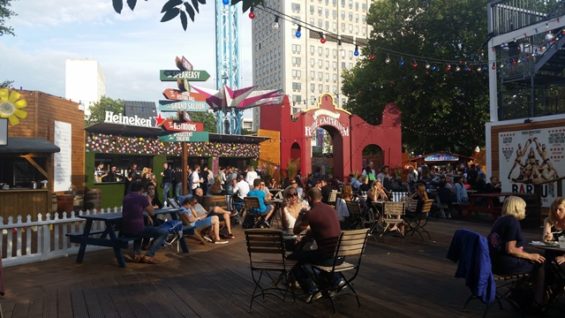 Summer and the South Bank go together like Boris Johnson and epic blunders, and with the Udderbelly tent flying North to Edinburgh, the London Wonderground has even more outdoor space to keep its patrons happy. 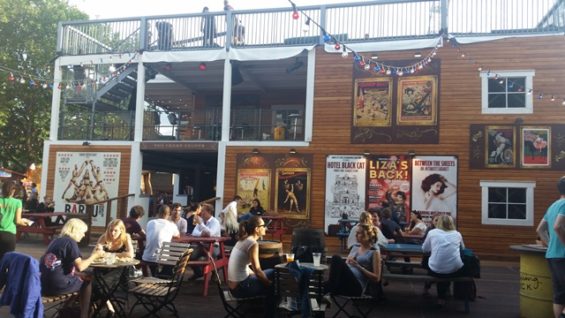 It’s great to have even more space in the centre of London dedicated solely to alternative productions such as “Barbu”, “Briefs” and “Finger in the Pie’s Wunderfinger”. There’s also room for a three storey “Grand Saloon” bar – fitting, as by the time last orders are called there’s several people who start to walk, or stagger, like John Wayne. 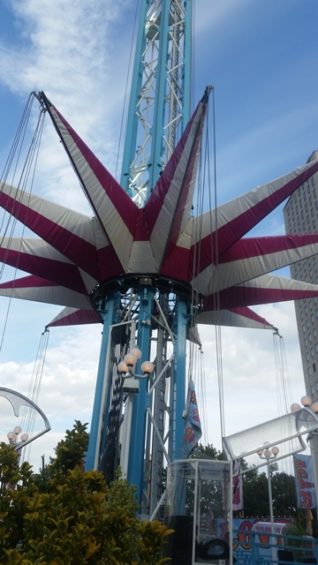 The Star Flyer ride – one of Wonderground’s fairground attractions which lifts its passengers 65ft in the air – had a bit of hiccup over the weekend. Nevertheless, its offer of a scenic view of the South Bank, The Thames and much of London is a welcome addition to the area’s carnival atmosphere of merriment and brouhaha. 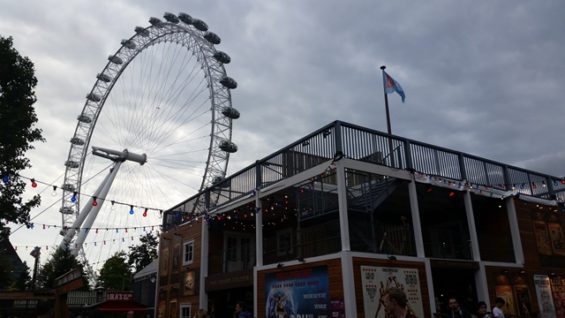 As with other years, whilst shows at the Wonderground are ticketed, there is free entry into the festival area to have a drink or eat a variety of street food. Whilst other areas such as Pop Brixton and BoxPark in Shoreditch have championed the outdoor street food pop up in recent years, there’s still nothing quite like sitting in the shadow of the London Eye on the banks of the Thames in the (almost) summer sun. 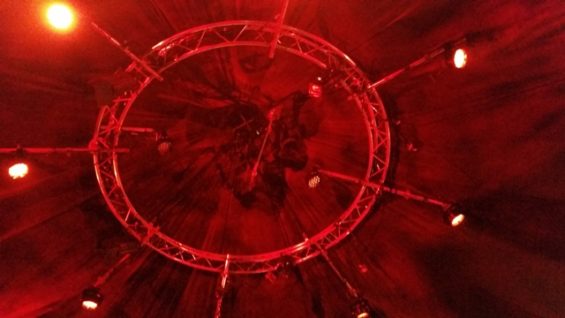 Naturally where performances are concerned the star of the site is still the magnificent Paradiso Spiegeltent. Not unlike those originally built in Belgium in the late 19th and early 20th centuries, this circular tent (of which the roof of can be spied here) provides a perfect backdrop to watch Canadian circus troupe Cirque Alfonse perform Barbu with their seriously edge-of-the-seat brand of acrobatics and just a hint of naughtiness! 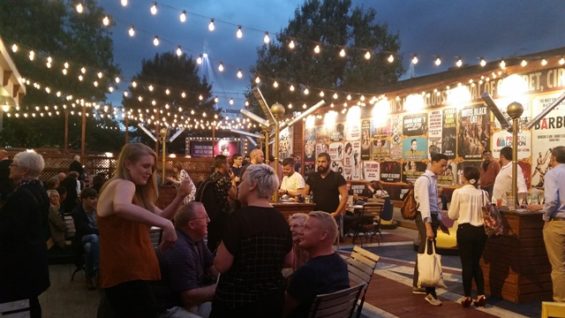 With the entertainment over, it’s time to step out into the night to the Spiegeltent’s adjoining bar, where the party is only just beginning. London Wonderground will be running until 25 September this year, but with another impressive lineup of acts taking to the stage in this bustling, beautiful venue, even this lengthy season won’t seem like long enough.

More information on London Wonderground can be found on their official website.

Cirque Alfonse’s Barbu will be playing until 25 September. Tickets are from £31 and include a complimentary programme. More information on that show can be found on the London Wonderground website.