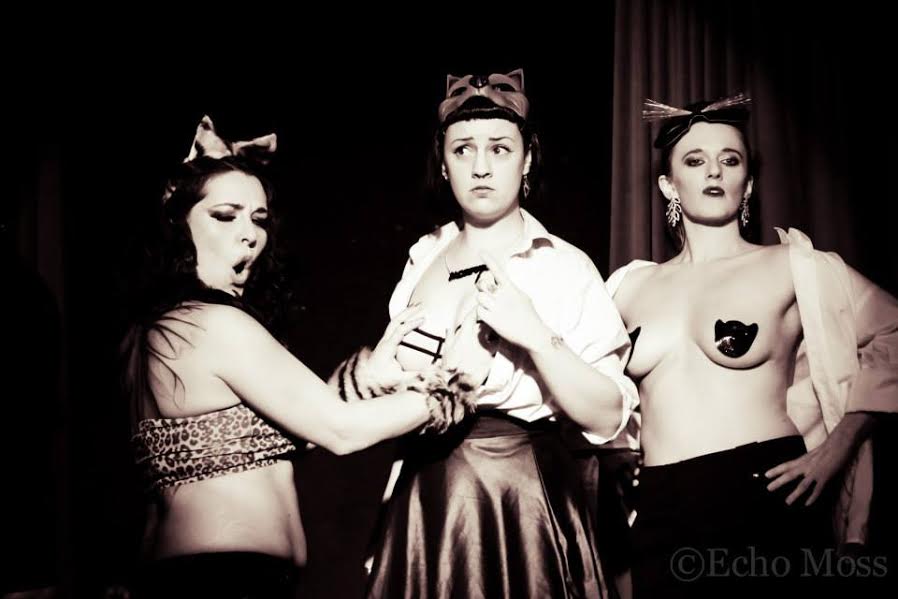 The joy of six: as Barelesque VI – Unleashed proved, the combination of charity, nudity and levity makes for one hell of a cocktail. 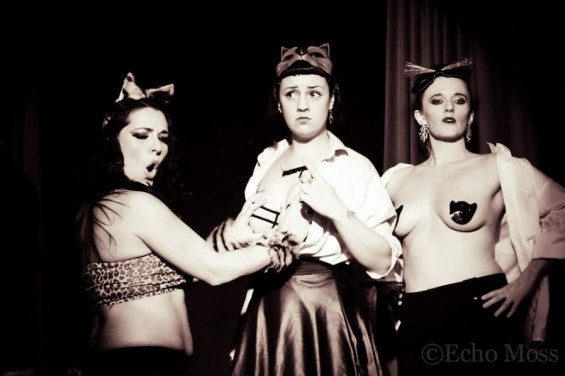 Held at the Royal Vauxhall Tavern, this is one alt-fundraiser that carves out its own subversive identity as demonstrated not only by the wonderfully deviant acts but the unabashedly fetish-friendly nature of the whole night. Stage domme Electronic Doll and femme-C Baron Toppen Tail are both gorgeously attired in black latex, setting the tone for an event which encourages in its audience a sense of boundary-defying unexpectation and intrigue.

Many of the cast have taken the animal theme to heart in endearingly perverse ways. Connie Qubine‘s slick Hello Kitty! strip is the starting point of a journey which ends up in the realms of bondagewear, the frenetic Romeo de la Cruz is a popping and locking Bugs Bunny while comedian Dave Daws is a human Fozzie Bear rolling out his rejoinders from within an animal onesie.

The cuteness factor of those performances is tempered with the likes of Ana Morphic‘s vividly vicious realisation of the Little Red Riding Hood story which makes fine use of video to bolster the goriest parts of the fairy tale. Dressed as a lioness, burlesquer Honey Schnapps’ act is a grisly examination of what happens when a circus animal is taken to its limits while Miss C‘s Snow White is a gloriously kooky twist on the classic character. Virginal heroine? Check. Poisoned apple? Check. Blow-up male sex doll which she enthusiastically rides topless like Lady Godiva on Shergar? Check.

Barelesque’s final performer is a perfect exemplar of all the transgressive burlesque that had gone before. Lolo Brow’s “Lizard” act is a natural successor to Honey Wilde’s Thatcher routine, being a smart political parody which only gets better as the clothes number fewer.

What Barelesque lacks in production values, it more than makes up for in sheer entertainment, passion and invention. More than that, it takes the roots of ecdysaism to heart: while much of the modern cheesecake burlesque scene is in danger of disappearing up its Swarovski’d fundament with its emphasis often more on glamour, costumes and props than actual entertainment, the cast of this show dare to bare all with a bawdy sense of humour and no small amount of spot-on satire. Bravo.

For those looking for some kinky thrills in aid of a very deserving cause, this night is nigh-on perfect.

Just how crazy is Lolo Brow?

Don’t Mess With The Merkin

Six Reasons Not To Date A Burlesque Performer