Just How Crazy Is Lolo Brow? 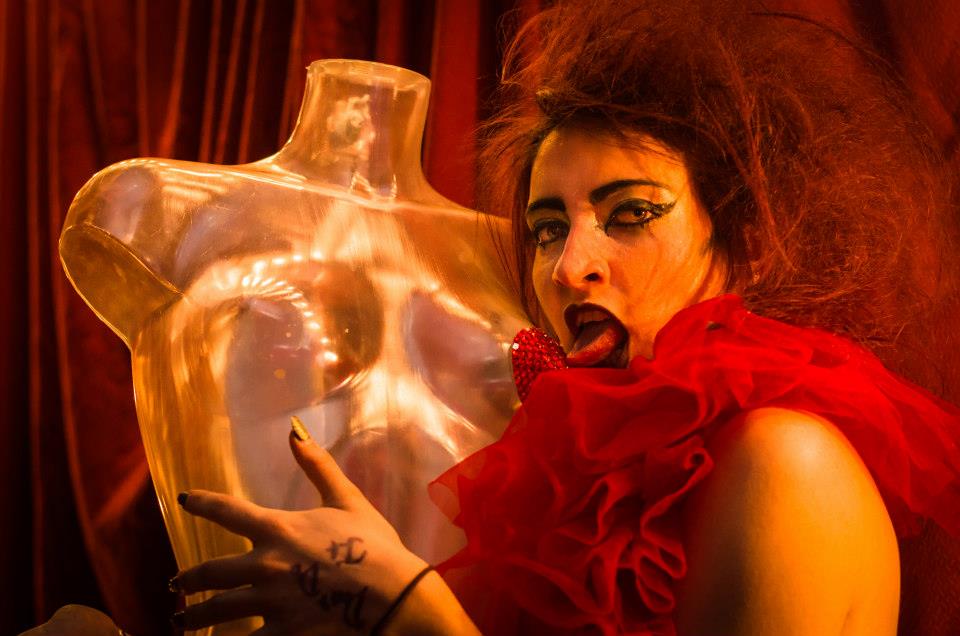 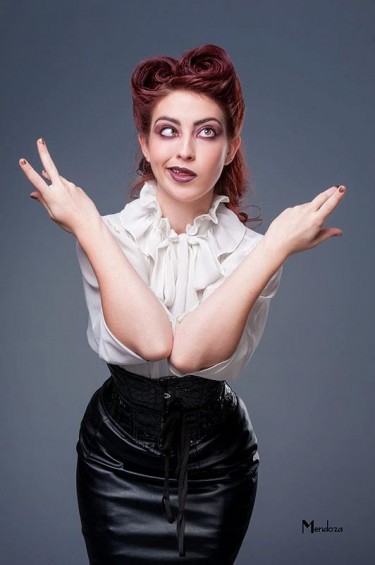 Under the mentorship of Mr Mistress and Laurie Hagen, Brow gained valuable experience on the cabaret circuit. A little earlier than even she planned, she was given her own show. The filthy funhouse treat that is Cabaret Derangium came into being last September with three intriguing rules of “enchangement”:

On 7 February, Brow will deliver the sequel dose of Derangium at popup venue Marylebone Gardens, one of the last shows there before it is demolished in March. The packed lineup includes new drag supertroupe “&?!” (Rubyyy Jones, Mr Mistress, Lady Tena and Miss Cairo) and Peggy Lune (winner of the British Newcomer contest at the 2012 London Burlesque Week).

So just how bonkers is Brow? We asked her to list seven crazy things about herself.

I am the proud owner of a bearded dragon named Professor Cyril Irene Benjamin Brow. He/she (I have not been able to sex it yet) is about a foot long and enjoys a hot bath every other day. He/she loves David Attenborough, rocket, butternut squash and free range locusts. This probably makes it the most middle class dragon you will ever meet.

2. My obsession with audience interaction.

I have always had a firm belief that theatre is a two way street: the audience should be equal to the performer in terms of giving and receiving. This is how “The Shuffle” act came about. I wanted the audience to feel some responsibility over the elements of comedy that came about from that routine.

For those who haven’t seen it, I prepare a list of 100-150 songs ranging from sexy burly tunes right through to High School Musical. During the act, the audience can change the music whenever they so choose simply by shouting “change”. Its a simple act and is consistently developing; the audience can now make the shuffled playlist themselves prior to the show, giving them almost complete control over the act and tipping the scales in their favour of the audience for a change.

I live in a house where the decor has remained unchanged since 1971. There are furry rugs, padded walls and a number of large and unexplained hooks leading my flatmates and I to suspect that there may have been some swinging carried on here in the recent past. The entrance to the house is simply a silver mini bar as if to entice visitors to let go of their inhibitions and enjoy the privacy from prying eyes provided by the house’s thick velvet curtains.

I was once required to make a puppet out of an ox tongue whilst running back and forth to a certain Kilburn butchers for meaty supplies. While I was doing that, I picked up some skills from the proprietor, a lovely butcher of seventy-seven years of age who had opened up shop fifty years earlier. Let’s say I’m now clued up on all things related to poultry or game.

As well as being a massive part of Lolo Brow as a character, Cabaret Derangium is an awesome playground for artists of all sorts to come together and fool around with the boundaries between themselves and the audience. It will be one of the last shows at the old BBC Recording Studios in Marylebone which are registered to get torn down in March 2013.

Call it a painful cliché but I went to an all-girls Catholic school complete with red brick walls, haunted hallways and nuns. I was far from the teachers’ favourite there. At 14, I was called into the headmistress’ office when I was caught “canoodling” on a park bench. Later, I was questioned over an incident involving a cuddly toy, the girls’ toilet and a banana flavoured condom.

Is that there are five things about me that couldn’t be on this list for legal reasons. One of them may or may not include my fist in Prince Harry’s face.
Lolo Brow’s Cabaret Derangium will be at the Marylebone Gardens on 7 February. Full information here.

Photos courtesy of the artist.