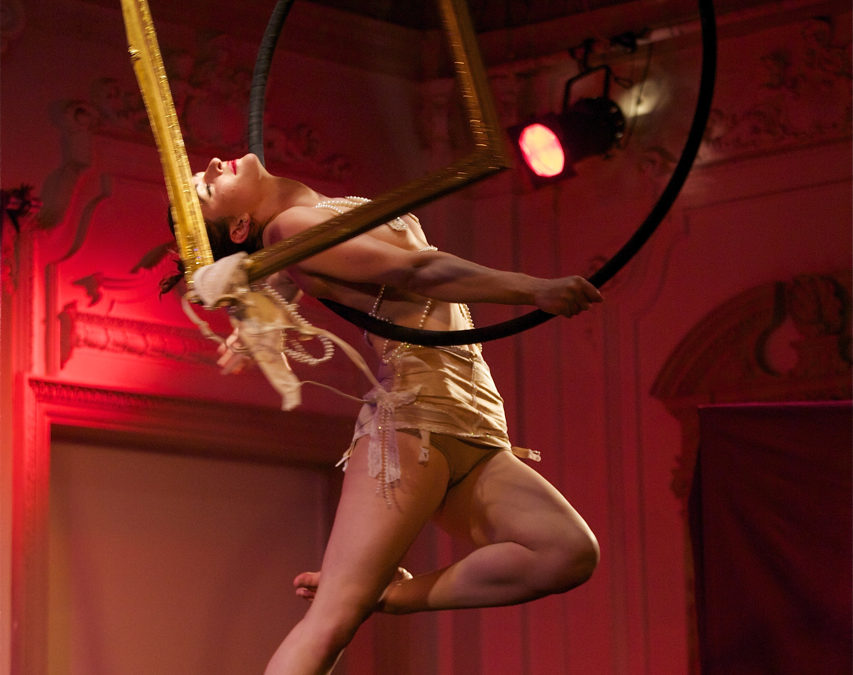 Kermit The Frog once sang “it’s not easy being green”, something we could sympathise with as delays on the District Line meant we arrived at Bush Hall halfway through the British Newcomer contest of the World Burlesque Games.

Green, though, was something these contestants were not as many showed why they will soon be fancying their chances at knocking the British Female Crown from the head of this year’s winner, Eliza Delite.

Rubyyy Jones put the “bush” into Bush Hall, aerialist Imogen Hoops combined her mid-air display with enough cheesecake to put a diabetic in hospital and winner Peggy de Lune had the hands-down best entrance all week with her “emergency crash landing” routine that gave me Lost flashbacks. And, I may have misheard but did Secrets In Lace’s Dan Whitsett really call host Kiki Kaboom “beautiful and drunk”? Maybe a little too much bubbly wine…

Grab those shades: British burlesque has a bright future.