Outstanding In Their Field: Behind The Scenes Of Latitude’s Cabaret Tent 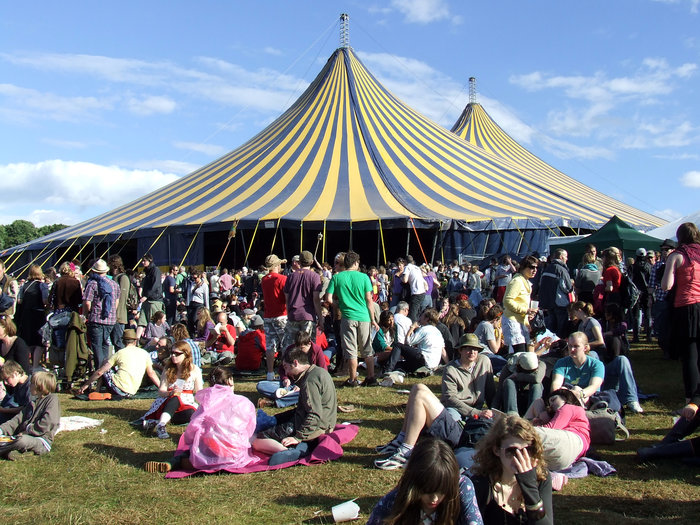 Its not all mud, tents and toilet queues: for some this year, festivals will be the only place they will see some of London’s finest cabaret performers. We speak to Tania Harrison who is programming Latitude 2013’s cabaret tent. Acts confirmed there include Bourgeois and Maurice, Dickie Beau and Empress Stah. 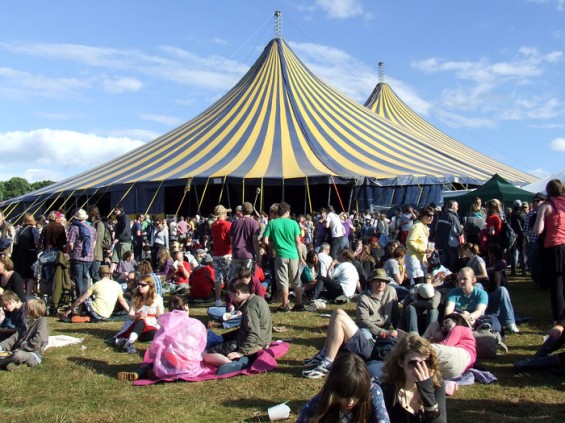 So what was the thinking behind including cabaret within the Latitude line-up?

I think the rebirth of cabaret as an artform is one of the exciting developments in live art in recent years. Its brilliance lies in its economy and the fact that it borrows so many of the best qualities of other disciplines while having a very distinctive aesthetic and sensibility all of its own. The cabaret artists I like and admire most understand the genre, but they add to it through building elements of stand-up comedy, theatre and performance art into their shows.

All this was very much happening when I started programming Latitude eight years ago, so it felt like the perfect time to give cabaret, which I felt as often pushed to the sidelines of arts programming, its own platform at a major festival. Since then it’s been wonderful to watch the whole scene grow and support it through programming cabaret artists at Latitude.

Which acts are you especially looking forward to seeing on the cabaret stage?

There are so many! One act I’m very much looking forward to seeing is by Chris Green, who’ll be familiar to cabaret lovers as the wonderful Tina C and Ida Barr. He’s been a great friend to Latitude over the years performing many times, and this year he’s bringing a new show called The Singing Hypnotist. He developed it as an Artist in Residence programme at the British Library as part of our theme “Neuroscience vs Sex What Defines Me”?

In fact there are many cabaret artists on this year’s bill who are bringing their own perspective to bear on that theme. For example, Empress Stah will be presenting two shows at the festival, one of which will be a one-to-one piece taking place in a peepshow booth called PEEP, and Timberlina‘s FREE/LOVE/ART/PARTY will be exploring the after-effects of 1970s counter-culture movements in a squatted shed.

Other shows I’m particularly looking forward to are Bourgeois and Maurice, who go from strength to strength with each new show and Dickie Beau, who’s having a wonderful 2013 and will perform a new show, The Real Paige Turner, for us at the festival. 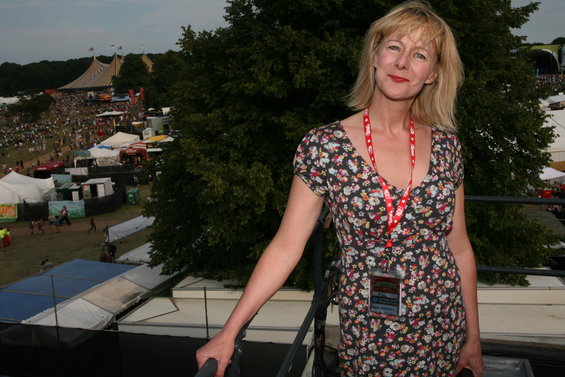 Tania Harrison: “the rebirth of cabaret as an artform is one of the exciting developments in live art in recent years.”

How do you go about selecting acts for the Latitude cabaret tent?

I really do like see acts for myself before I book them. Here it helps that I’m a bit voracious when it comes to culture and the media. I have to know what’s happening: fashion, trends, politics, and theatre – and cabaret of course.

When it comes to deciding who to book there are always artists that are big enough to attract an audience on their own. With the smaller or more experimental artists, however, they can benefit from being slotted into a wider theme or trends – and again, here it helps to know what the cultural zeitgeist is.

Once I know what these trends or themes are, I look for the artists that best embody these, or who are simply producing amazing work that I want to showcase at the festival. In either case it takes planning and preparation – I know I have to approach artists months in advance to secure their presence. Sometimes it can take years. There’s one act on this year’s bill that I was talking to for three years before I was able to book them.

The lineup seems to be heavily skewed towards the London cabaret scene. Will you be showcasing any local talent?

Showcasing the best in local talent is very important to Latitude. After all, a lot of our audience is drawn from the Norfolk and Suffolk areas. Looking beyond our headline performers in the cabaret tent, who we book because we know they have a sufficiently high profile to draw an audience in our own right, we do a lot of work with emerging and local artists in The Faraway Forest, Pandora’s Playground and around the rest of the site.

Some critics would say that cabaret works best indoors and that having it in a tent leads to less intimacy and interactivity, two touchstones of modern cabaret. What would you say to them?

I agree that some cabaret certainly works better in an intimate setting, but there’s more than one way of creating that intimacy and immediacy than the traditional cabaret tent.

At Latitude we encourage artists to think of creative ways in which they can use the topography of the festival site to their advantage or even create their own performance environments. For example, this year we have a number of artists performing in sheds, in peep show booths, in little worlds that they’ve created for themselves in our Faraway Forest.

All of these are settings designed to foster the intimacy and interactivity that do make cabaret such a special experience for audiences.

Want a taste of Latitude before the festival proper kicks off? A monthly night at Covent Garden’s The Hospital Club showcases a selection of the artists who will be appearing across the different tents and stages. If you want to go along, you can sign up for future editions of Longitude on Facebook https://www.facebook.com/LatitudeFestival/app_590871957595502