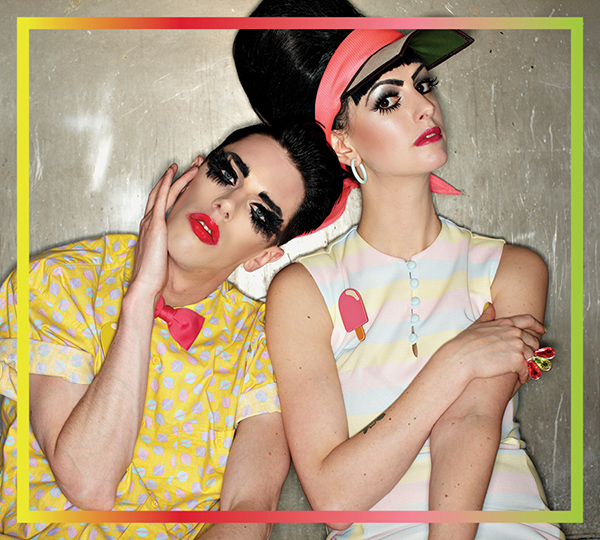 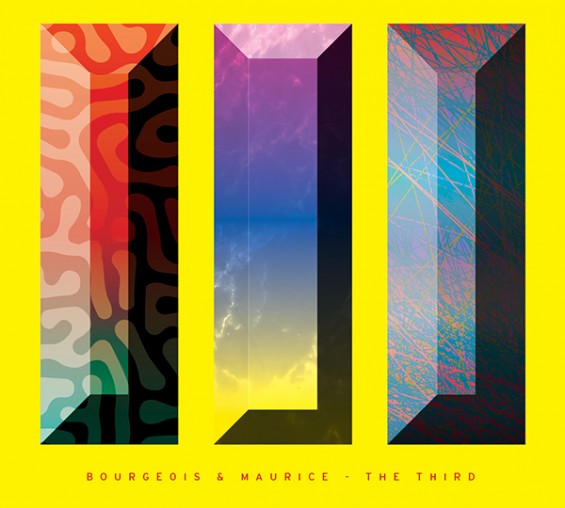 Known for their witty lyrics and sharp humour, Bourgeois & Maurice are an award-winning musical cabaret duo who know how to write a catchy tune.

Their third recorded musical offering, appropriately titled The Third, is a satirical collection of laugh-out-loud lyrics and highly polished songs that cover topics as varied as benefit cuts, homophobia, social media and Ritalin. Bourgeois & Maurice are a thoroughly modern pair who have their, presumably bejewelled and sparkled, fingers firmly on the cultural and political pulse.

Started A Band stomps up first with its pounding, energetic bass-line and grating, rockabilly guitars. Georgeois Bourgeois’s versatile voice struts and rasps all over this track and yet the self-aware, biting comedy is never far from the surface; we’re asked if we want to see Bourgeois get “really nasty” and in reply are treated to a comb and rizla solo.

The intelligent and well-crafted lyrics continue with the bouncy pop of Apocalypso. To a background of finger-clicking, soulful piano and a beautifully timed gospel choir we’re told to stop whining because “change is good, climate change is good”. The infectiousness of each song continues with the 80s pop of C.H.A.O.S, the slap-bass led, sultry Tax Me and the surreal but darkly hilarious Goodbye Europe. Bourgeois again shows off the adaptability of his voice with Tax Me, a politically charged, risqué song with a funky and sexy sound. His voice, this time with an American accent and a heavy dose of sarcasm, growls in a way that would make Frank Zappa proud. 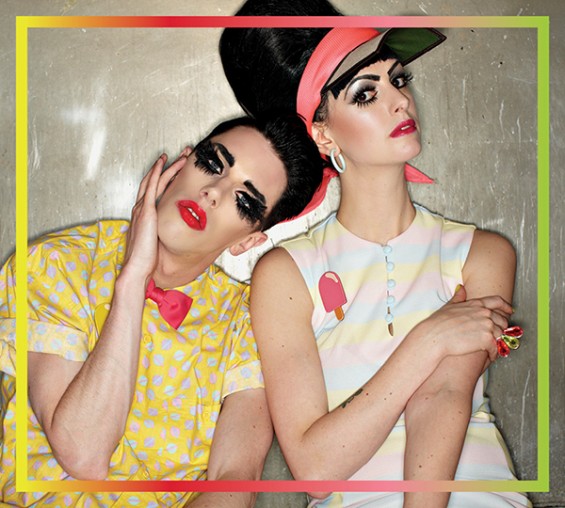 The album is available as a CD or on iTunes.

The whole album embraces the goth and punk inspired “dark cabaret”; viciously sardonic and finely juxtaposed lyrics are perfectly set against the musical style that they suit best.  For example, We Want Love is an indie-pop, acoustic guitar-strumming style song that seems to be a nostalgic, self-indulgent take on a failed relationship but then twists in an unexpected and funny, but heartbroken, way. The whole album is constantly surprising, jumping from genre to genre with ease whilst introducing subjects that are consistently unexpected. The duos voices work well together, although Maurice Maurice is occasionally out-sung by her strong-voiced partner.

There are so many fantastically sharp and witty lyrics that it’s hard to pick one example and it’s sometimes amazing that either Bourgeois or Maurice can get their words out, their tongues are so firmly jammed in their cheeks. The one surprise, probably the biggest one, was the last track, Forget You (The Third Version), a heartfelt piano and strings ballad about the depression that lost love brings. It’s a testament to the talents of both songwriters that they can pull off genuinely sad songs on an album where they imagine Jeremy Kyle quizzing the queen about her benefit fraud.

Many of the pieces on this album are updated versions of old songs but with added guitar and drums. The Lizard Men has gone from a piano-heavy, mid-tempo music hall song to a frantically breathy, darkly electronic assault on the reptilian people who walk amongst us. Likewise, Ritalin has lost its twinkly childhood echoes and become a punchy, punky, frenetic rock song. Forget You, the beautifully stripped back love song from Musical Couture, not only loses none of its beautiful simplicity but, with the addition of mournful strings and gentle drumming, actually feels more sweeping and painful. Cleverly, the newer versions have a ‘fuller’ feel to them but are different enough from the originals to justify their revisit.

This album is a witty, smart combination of interesting, often hilarious, controversial and satirical lyrics set against slick, well-produced and skilled music. A true representation of what cabaret is all about.

Bored with words? Want to see Bourgeois & Maurice do their thing in glorious 2D? Here are five of their best videos.

Bourgeois & Maurice will be appearing at Udderbelly on 31 May. More information here.