The Resurrection Game: How Dickie Beau Brought Marilyn and Judy Back To Life 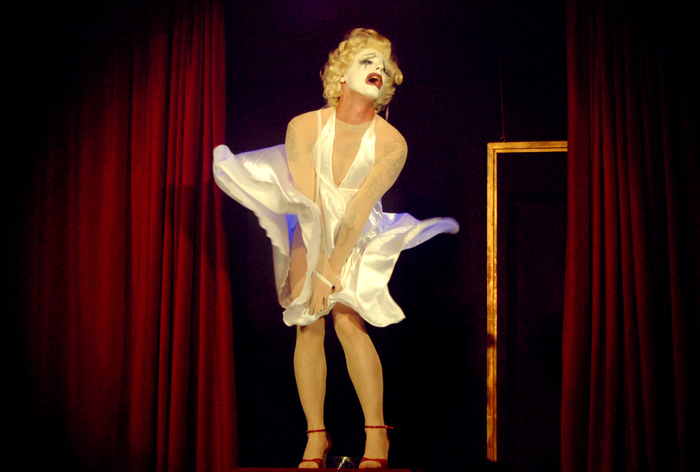 Bringing the dead back to life is a tricky business – look at what happened to Jesus and Dr Frankenstein. With the aid of considerable acting talent and some original audio recordings, Dickie Beau gives the words of long-deceased icons a hauntingly powerful physical presence which, like the best cabaret, has to be seen to be believed. His inspirational story shows the lengths he went to, the trials he undertook and some of the people who helped him realise his dream. 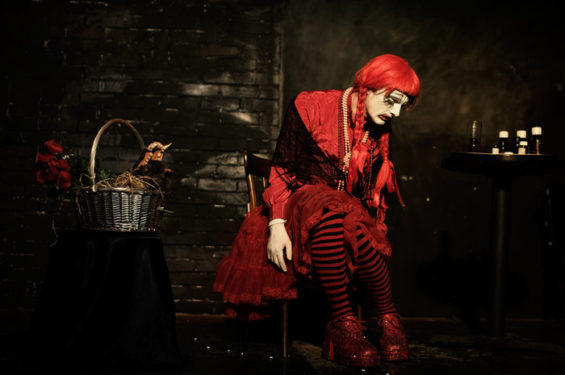 “I have created a kind of queer Krapp’s Last Tape”

About seven years ago, whilst communing with the cosmos on magic mushrooms, I was introduced to some notorious tapes of Judy Garland speaking into a dictaphone, ostensibly making notes for a memoir that was never written. These tapes are perfectly compelling because they are by turns wittily humorous, privately poignant and very, very angry. I was haunted for a long time after listening to them by the naked human need I’d heard in the tapes, and how they captured the denuded emotional entropy of a ‘fallen idol’ who was in exile, not only from society, but also from herself.

Some time later, whilst finding my feet on the performance art circuit, I returned to these tapes and, discovering them to be just as much of a “trip” the second time around, I edited them into a three-act theatrical vignette, framed by the music of Britney Spears and Sakamoto. I performed the culminating piece, in nightclub drag terms, as an “epic” lipsynch, for experimental performance forum UnderConstruction, at Bistrotheque. The aim was not so much to impersonate Judy Garland, as attempt to embody the rock bottom of a dying swan. I omitted explicit references to her identity in the material, and presented “Judy” as a cross between Dorothy Gale and a washed-up marionette, with a clown-face. I called the piece, in a nod to vaudeville, An Episode of Blackout.

Apparently, it worked, and a big part of what made it work was the spectral presence of Judy’s voice – it turned out to be a piece of theatre in which the lipsynching aspect, conventionally framed as a “low-culture” activity, supposedly belonging in the back alleys of nightclub drag, actually elevated the piece and was essential to it.

This got me thinking, and I started to explore the idea of developing a series of neo-vaudevillian vignettes, or “blackout skits”, using existing audio artefacts of the voices of our most troubled pop culture icons, to play out the dysfunctional dramas that seem to make them so compelling. Duckie commissioned me to be artist-in-residence and I created an additional two “Blackouts”, one based on Marilyn Monroe, the other on a fusion of Amy Winehouse and Judy Garland. 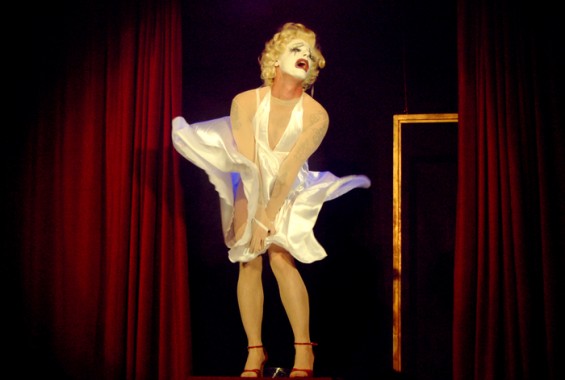 Dickie Beau’s BLACKOUTS can be seen at Chelsea Theatre on 27 and 28 March.

As I scouted around for soundtrack ingredients I learnt of the existence of tapes containing Marilyn Monroe’s last interview before she died, poignantly published in ‘Life’ magazine only a day before her demise, in which she talks candidly of her troubled childhood and the trials of fame. Some of this material had been used in a documentary called Marilyn on Marilyn, which I discovered in my research. Through the producer of this film, Paul Kerr, I tracked down the journalist, Richard Meryman, who had conducted the original interview. He is now an elderly man living in New York.

I made a telephone call to Mr Meryman in the summer of 2008. Intrigued by my approach, he agreed to let me listen to the tapes, but was reluctant to give me a copy of the material outright, so he regretted that I would have to be in New York to hear them. I held a fundraiser at the Royal Vauxhall Tavern to raise money for a flight and several of my peers, including David Hoyle, Timberlina and Ryan Styles, showed support by generously performing for free. I was successful in covering the cost of a flight and went to New York in October 2008.

Across two afternoons, in Mr Meryman’s West Village living room, I listened to the five-hour interview, originally conducted nearly fifty years ago across two afternoons in Marilyn’s living room at the infamous address on Fifth Helena Drive in LA where she died. These tapes are not as viscerally dramatic as the Judy tapes, because Marilyn was giving an interview to a journalist and, having been fired from Something’s Got to Give in the weeks before, was doing the interview as a PR exercise. But, nevertheless, there are authentic glimpses of her fragile humanity – mostly in the moments that might be considered too banal for broadcast in a conventional documentary (and after she’d supped a few glasses of champagne). It was a thrilling privilege to be one of very few people in the world who have heard this final interview in its entirety (in fact, Meryman told me later that I am the only person he’s ever allowed to have full access to the tapes).

Although understandably protective of the tapes, Mr Meryman’s curiosity was sufficienty aroused for him to confirm a willingness to let me use some of the material, upon agreement of a fee. At the time I didn’t have the means to make a transaction, however modest, so I thanked him for his time and told him I’d be in touch. I went off, continued developing my ideas, and during a three-month sabbatical as a nanny in the Australian outback in 2010 I wrote an Arts Council proposal for a grant to “write” a digital audio “script” – using not only the words, but also the voices, of both Judy and Marilyn to construct the narrative of a soundscape by which I might then re-member them (literally, put them back together) in performance.

The Arts Council awarded me a Grant for the Arts in the summer of 2010 and I returned to New York in October 2010.

When I had first conceived this show, to be written in found sound, I imagined it was simply a show about Marilyn Monroe and Judy Garland, whose voices are its major stars. As it transpired, when I met Richard Meryman for a second time in autumn 2010, and recorded a further interview with him about his experience of meeting in Monroe, I found another perspective. It became apparent that he was helping me – and giving me exclusive access to his interview tapes – because he was reminded of his younger self in me; meanwhile, I became haunted after meeting him by the image of something like the future face of me.

Meryman thus became a third voice – the principal voice, in a way – of Blackout. By recasting his voice and his memories of meeting Marilyn 50 years ago I have created a kind of queer Krapp’s Last Tape where, rather than listening back to a younger self, I listen forward to a future self, about 50 years from now, remembering my encounters (in my head) with Marilyn and Judy in the present. It is a show that’s like a dream, which is not all a dream, starring all the characters on my journey, each becoming one another’s afterlives…

A version of the article appeared in the Hospital Club Magazine and on this website on 15 March.

Dickie Beau’s BLACKOUTS: Twilight Of The Idols will be at the Soho Theatre from 17-27 July.