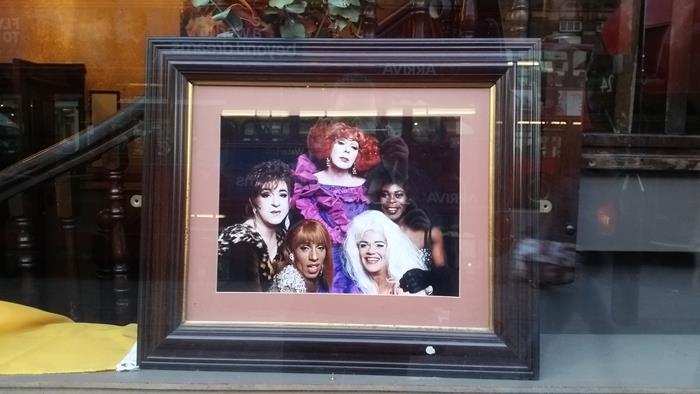 A year after The Black Cap closed its doors to the public, campaigners are planning a new protest outside the Camden LGBT+ venue to mark the sombre occasion and highlight their efforts to re-open it.

This Saturday, a protest will mark the first anniversary of the closure of The Black Cap, a Camden pub which for decades hosted LGBT+ events.

With a stated motto of “Just Be Fabulous”, the venue owned by Faucet Inns had been on an upturn over the previous year or so with packed out shows featuring homegrown and international drag talent; The Meth Lab, for example, had seen numerous contestants of RuPaul’s Drag Race entertain the Cap faithful.

The Black Cap activists have gathered under the banner of We Are The Black Cap and have put together a detailed plan of action including a vision document, details of what they want and a business plan. For this weekend’s event, they have lined up the London Gay Men’s Chorus as well as LGBT Poet Laureate Trudy Howson who will debut a new poem in support of the campaign.

Since its closure, the public house has gone through a number of lessees and been squatted. The current leaseholders Ruth & Robinson have rejected the campaigners’ plans and stated they are planning to turn The Black Cap into “a unique, distinctive and vibrant drinking establishment which is welcoming to the whole community”.

Virgin Xtravaganzah, co-host of the final show there, offered his thoughts on The Black Cap’s premature demise in his end end-of-year roundup for this site:

“Then something terrible happened.  The Black Cap closed in April.  It was a very sad time for the entire cabaret/queer community in London and seemed to be the icing on the cake of London completely going down the shit hole.  I, and many others, had found a home at The Black Cap and its closing felt abrupt, traumatising, and incredibly unfair.  It was there that I really found myself as a cabaret performer, compere, and drag queen.

“It was the highest honour to co-host the very last night there with Meth, and share the stage with so many cabaret legends who had graced that stage over the many years it was in business.  The battle continues to restore the Cap to what it once was!”

Stephen Fry has lent his support to the campaign, saying:

“The Black Cap has been part of London’s – and indeed Britain’s – gay and trans life for generations. Defiant wit and style in the face of oppression and contempt, solidarity and self-belief in the face of abuse and intolerance. It would be a cruel shame to see such a beloved landmark disappear. We can all celebrate the shifting of attitudes, but the need for a joyously affirming space like the Black Cap is a strong as ever. Please do all you can to help keep the old girl going.”

The schedule for Saturday’s events is:

1.15pm Welcome and thanks/messages of support

2pm Speeches from Nigel Harris and Alex Green who will provide an update on the campaign and a call to action for the next steps.

Image (c) Franco Milazzo, exclusively for This Is Cabaret