Virgin Xtravanganzah: What A Fucking Year This Has Been 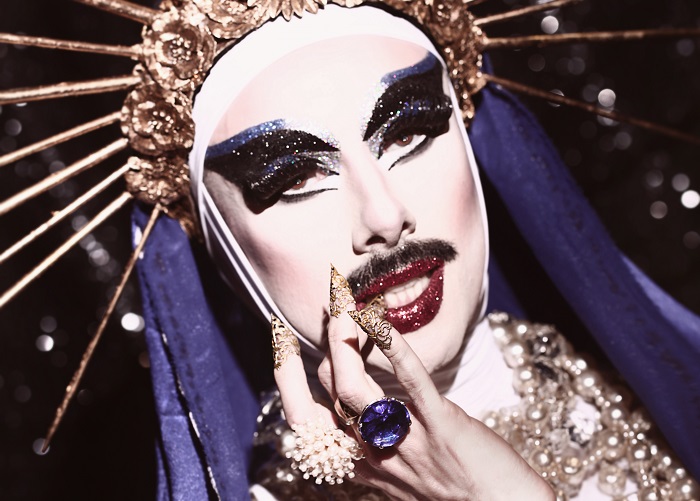 2015 was, generally speaking, totes amazeballs.  It started for me with the end of 2014, which might sound a little early, but I’m going somewhere with this. You see, it was about then that I started my Xtravaganzah variety shows at The Black Cap!  It was the first time I had ever hosted a show, other than the first nativity, which I was not the best host for as I was in heavy labour with the son of God.  The show was totes successful, and the start of many more, such as the Anti-Valentine show which was during, you guessed it, Valentine’s Day in February, so we’re now officially in 2015 and here I am telling you about what happened this year.  Yas.

Then something terrible happened.  The Black Cap closed in April.  It was a very sad time for the entire cabaret/queer community in London and seemed to be the icing on the cake of London completely going down the shit hole.  I, and many others, had found a home at The Black Cap and its closing felt abrupt, traumatising, and incredibly unfair.  It was there that I really found myself as a cabaret performer, compere, and drag queen.  It was the highest honour to co-host the very last night there with Meth, and share the stage with so many cabaret legends who had graced that stage over the many years it was in business.  The battle continues to restore the Cap to what it once was, and if you want to find out more about this, visit the #WeAreTheBlackCap Facebook page!

But as always, life goes on, just like when my son died and I thought my career as a religious icon was over.  Oh no, no, no.  For what does a Virgin do when everything goes #TitsUp?!  She fuckin’ finds a way!  Without The Black Cap, I had no idea what to do with my Xtravaganzah variety shows until I contacted the Bethnal Green Working Men’s Club, and a new home was found!  I have since done 3 shows there – The Gods and Monsters Xtravaganzah, The September Issue Xtravaganzah, and The Illuminati Xtravaganzah.  The next is the Xmas Xtravaganzah which marks the first birthday of the shows, which is like totes exciting beyond words!

But we must rewind now, for we have missed out some totes important, like, shit or whatever.  George Antony was the body and blood of The Black Cap, and was the main driving influence over the Cap’s resurgence in popularity in the past few years.  He also found a new path upon the Cap’s unfortunate closing, and is now the manager of one of Camden’s hottest new queer cabaret venues: Bloc Bar!  Situated just up the street from Camden Underground station, the opening of this venue in conjunction with East Bloc was one of the most exciting events of 2015.  George continues to work hard to bring Camden some of the best cabaret performers the capital has to offer, and I am totes lucky as shit to be one of them.  Bloc Bar shows us that where there is a will, there is a way and you CANNOT gentrify the queer out of London, no matter how many Foxtons you try to force upon us!

The year culminated with me doing my very first one-woman show too, commissioned by Jonny Woo and John Sizzle for their fabulous venue, The Glory in Haggerston.  Virgin Xtravaganzah’s Christmas Meltdown is an authentic retelling of The First Nativity from my very own totes #feminist perspective.  It was a dream come true to work with Jonny Woo and John Sizzle, both artists who I have looked up to for many years.  Finally the Virgin Mary has a voice, and standing tall on her stilletoed feet, she has finally been able to set the record straight and tell her story!  #InspirationRealness

In conclusion, 2015 was a fabulous year for me.  But London needs to check itself – there can only be so much gentrification up in this bitch until all the colour, vibrancy, and #LIFE is forced out of this city!  Sky rocketing rents, venues closing, and fewer and fewer queer-friendly spaces for us to call home means that many artists are being forced to leave the capital to seek creative communities elsewhere.  THIS IS TOTES LAME, DAVID CAMERON, ARE YOU FUCKING HEARING ME?!  I hope 2016 will see a change, but I doubt it… So, we must keep pioneering onwards!  Staying strong, and staying together- for it is in numbers that we shall prevail.  Here’s to Bloc Bar, Bethnal Green Working Men’s Club, The Royal Vauxhall Tavern, The Resistance Gallery, The Glory, The Moth Club, Dingwalls, and all the other venues in London who lend their roof to our queer community, to cabaret, to the arts in general!  May you thrive and prosper right into 2016 with strength and the will of Gawd.

Thanks so totes much for reading.  I love you all.  Seriously.

Don’t forget to check out her Holiness’ official website too.