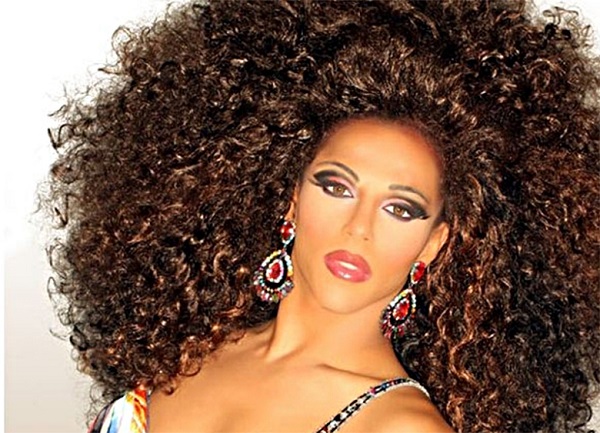 Halleloo! Whether you know her from RuPaul’s Drag Race  contestant from seasons 2 and 3, as pimp-ho Shangela Laquifa Wadley or as the “Nancy Drew of Drag”, Shangela came to Meth Lab London and brought the party with her. 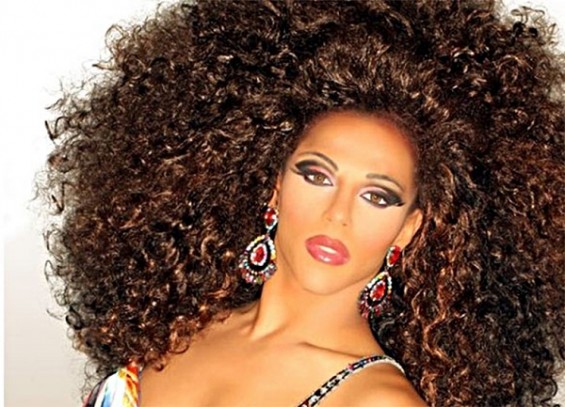 LIKE: As well as appearing in Seasons 2 and 3 of RuPaul’s Drag Race, Shangela fronted a Facebook ad campaign.

If Meth Lab Presents: Shangela had to be reduced to three words, professional, genuine, and Beyoncé are as good as any.

Lovers of drag yet to become aware of who Shangela is are probably living under a rock. This Southern queen made her initial splash appearing on the second season of RuPaul’s Drag Race. With only five months experience as a drag performer, the inexperienced artiste was the first to be eliminated. This is one queen, though, that never gives up: Shangela returned in the next season and made it to the final six. Since then she’s had a successful career in entertainment with cameo roles in Glee and Community.

Shangela is clearly driven by a passion for her craft. The hard-werkin’ girl’s performance begins with an impeccably arranged intro with pounding beats and intriguing vocals that draw the mind in. Wearing a black and gold shoulder-padded bodysuit with glitter on her lips and eyes, she takes over the stage with a medley of chart-topping hits, starting with the graceful Young and Beautiful through to RuPaul’s twerk anthem Peanut Butter. Her second act is a smashing mashup of Beyoncé’s biggest hits. With fierce dance moves and an explosive energy, she captivated the audience with her stage presence – not many queens (not many people, really) can dance like that. She may not be Beyoncé, but tonight this hair whipping, booty shaking queen has our undivided attention.

Shangela is one of my favourite queens from RPDR because she puts her heart into everything she does. When she finishes her first routine with a seeming effortlessness, I am actually surprised to see her catching her breath. Even so, she still glows on stage, basking in the cheers and love from the audience.

As the stand-up challenge of RPDR Season 3 showed, Shangela is a talented comedian. Her comedic alter ego Shangela Laquifa Wadley, a self-described “post-modern pimp-ho” who pimps herself because of recession doesn’t make an appearance but there’s enough in Shangela’s powerhouse performance.

Born on Halloween 2013, Meth Lab has earned some renown for bringing some of the finest RPDR competitiors to London as well as giving up-and-coming queens a platform to showcase their talent. This show is supported by Trannyshack participants Jenna Scyde and Honey Foxx as well as the Familyyy Fierce’s very own Pretty Miss Cairo. Of all the supporting acts, the one that really piqued my interest is Jenna and her rendition of Popular from the musical Wicked. This take on the song – about a popular girl offering to give an underdog a makeover out of her generosity – is smartly spiced up with quotes from Mean Girls and Clueless, and Jenna looked her part in a sleek blonde wig and a white mini dress. Like a true mean girl, Jenna flashes out a photobook on which she writes bitchy remarks about the other queens. This was a great act for a crowd who loves a bit of musical fun and shade.

Host Meth keeps the audience entertained by lip-syncing to Queen B’s If I Were a Boy, a song which she called “very close” to her heart. Before you can take her too seriously, she whips out a can of beer which she shakes (and shakes) throughout the number. Just before the frothed-up beer sprays everywhere, she pulls a male audience member on stage, gets down on her knees, and the rest of the audience are spared a faceful of lager. A light hearted, if not raucous, ending to a genderbending mindfuck.

Shangela may not have been everyone’s RPDR queen but I’m very glad to see her perform in person. There are things you can never experience through the TV screen – I was able to see the passion in her eyes, and support her (literally) as she surfs through the crowd on her back, with arms spread open like an angel. Passionate, genuine and professional, Shangela is a true diva who deserves every success she has. She is the queen who keeps coming back on RPDR, and I certainly hope it won’t be long before I see her again.
The Meth Lab presents: Shangela, The Black Cap, 171 Camden High St, London NW1 7JY. More details here.

What did Candace Chan make of Sharon Needles?
Judge Not Lest Ye Be Slapped
Miss Cairo’s Guide To Drag Perfection: Because You’re F*cking Worth It