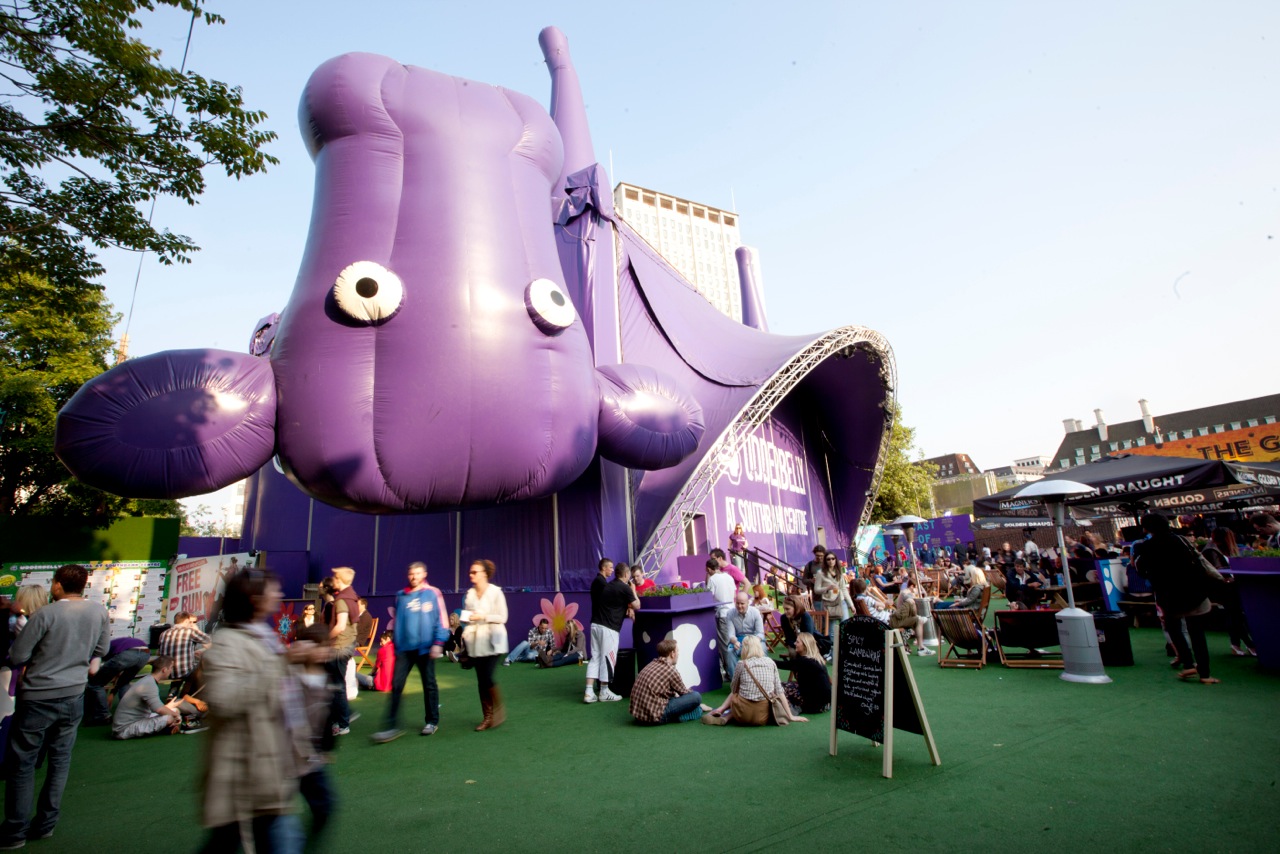 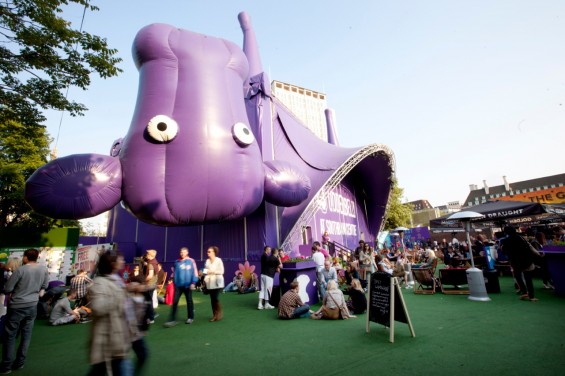 Contains no traces of horse or pork DNA.

Very few venues resemble the results of dropping LSD in the middle of a GCSE biology lesson. With that in mind, we welcome back the giant upside-down purple cow that houses the Udderbelly Festival. It returns in April to its now-traditional grazing pasture on the Southbank and, although much of the line-up is comedy-orientated, there are some stone-cold unmissable cabaret events lined up.

Following on from his West End run over Christmas, mime artist The Boy With Tape On His Face will be landing in June to provide ingenious comedy that tickles brains of every age. Fans of audience-assisted improvisation can look forward to the blisteringly brilliant comedy-rap act Abandoman and Showstoppers: The Improvised Musical.

Those hankering for circus will not be disappointed. Comprising a cast of acrobats, aerialists, dancers, musicians and daredevil stuntmen, Flown by Pirates of the Carabina promises to be a breathtaking event worthy of filling Cantina‘s boots.

Not that the folk behind Cantina are sitting on their laurels. Currently debuting as part of the Adelaide Fringe, their new show Limbo promises to push the boundaries. Udderbelly’s co-venue London Wonderground will be hosts to its crew of circus performers including an illusionist, a sword swallower and acrobats. They will be travelling halfway round the world for a show which will make or break that venue’s summer season. No pressure.

Finally, the spectacular late-night showcase Friday Night Freakshow is back for a fourth year of unpredictable hijinks and the cream of the capital’s cabaret acts hosted by deviant damsels EastEnd Cabaret.

Keep those eyeballs planted here for reviews, interviews and competitions.

And at the London Wonderground: