“The London Burlesque Scene Is The Most Innovative In The World” 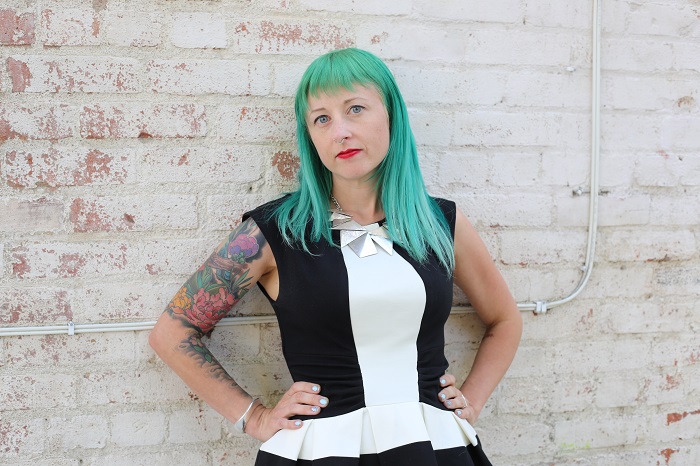 Calling itself “the sexiest, most fun show on the planet” and promising to be “unlike any other burlesque act you’ve seen”, The SuicideGirls: Blackheart Burlesque lands in London this Saturday.

The American show’s original plan for a London run at Madame Jojo’s was scuppered by the venue’s unfortunate closure. No matter – fans of the tatted lasses can troop along to Camden’s Electric Ballroom where the Girls will perform for one night only.

We caught up with the show’s producer Missy Suicide and asked what she thought about feminism, the London scene and innovation.

What is your definition of burlesque?

I define Burlesque as a fun, sexy, silly tease that puts a smile on your face and makes you think.
What do you say to people who think of burlesque as anti-feminist?

Feminism is such a personal thing. I know it should be easily defined but it is a title that so many women feel so strongly about and have such vehement opposition for the smallest transgressions to their own firmly held beliefs. I really wish that we could all get behind one another and stop shaming each other about what is feminist and what isn’t. It would be amazing what we could accomplish if we incorporated everyone’s ideas instead of fighting about whether Miley Cyrus or burlesque qualify as feminist.

Just like any art, it makes you think, brings up emotions and can be interpreted a million different ways depending on what the artist wants to say with her body. It is a field that is dominated by female artists which is unique and kick-ass but challenging, even to others in the art world.

Besides the artistic merits everyone is naked under their clothes and the better people feel about their bodies the happier our society will be as a whole. Burlesque teaches us to embrace our bodies not to be ashamed of them. I feel like our work is important on so many levels.
Blackheart Burlesque promises “the sexiest choreographed strip teases to make your inner nerd explode with glee.” Nerdlesque is not been as big in the UK as it has been in the US and Australia. Why did you go with that angle for the London show as opposed to a more “straight” burlesque show?

We put our spin on burlesque, it’s not really nerdlesque or traditional, it is a bit hard to categorize. It is a pop culture-themed burlesque show that features intense choreography set to a modern soundtrack. The references and soundtrack are broad enough that they should appeal to just about anyone. We also have a few of our local UK girls doing fire performances at the show at the Electric Ballroom so it will be a fun night for all.

London burlesque fans have some of the highest expectations when it comes to burlesque; going by the Burlesque Hall of Fame awards this year and last, London is the home of the most innovative burlesque performers in the world in Laurie Hagen and Aurora Galore. What aspects of the show do you think will most appeal to Londoners?

The London scene is the most innovative in the world and has such a storied history. It is intimidating for sure. The SuicideGirls show is meant to leave you with a smile on your face having had a good time. There are so many pop culture references that no matter how obscure or mainstream your influences are you should be trying to guess what the next number will be and enjoying the soundtrack. Plus the girls are having such an amazing time putting on a show for the audience. They feed off the energy of the crowd and give them such love and energy in return that it is a beautiful thing to be a part of.
Will there be any opportunity for fans of the Girls to meet the performers before or after the show?

Before the show, we have a book signing at Forbidden Planet on 7 January. We hope people will come out and meet the girls then. We also have VIP meet and greet tickets available.
The London show comes at the end of a long tour – what’s the plan for BlackHeart Burlesque after this Saturday?

We are hoping to do a Europe and UK run in 2015, we are also hoping for Asia and South America. We are currently booking Canada for the Spring and the US for the fall, so we will be keeping busy!

The SuicideGirls: Blackheart Burlesque will be at the Electric Ballroom on Saturday 10 January. Tickets are £29. More information can be found on the official venue website.