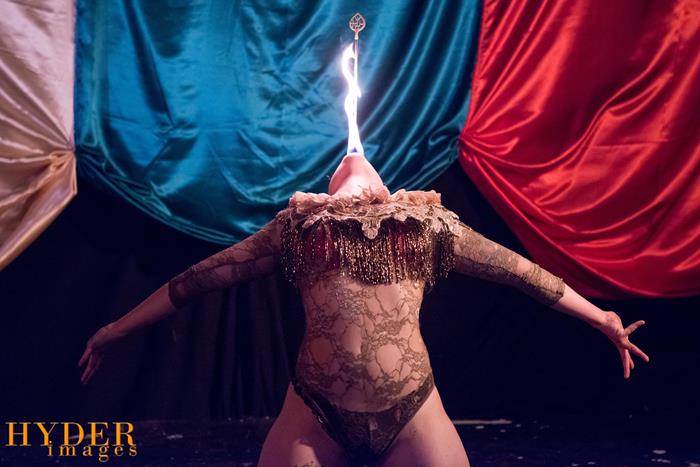 The judges have judged and the results are now in. Who were the winners at this year’s Burlesque Hall of Fame? 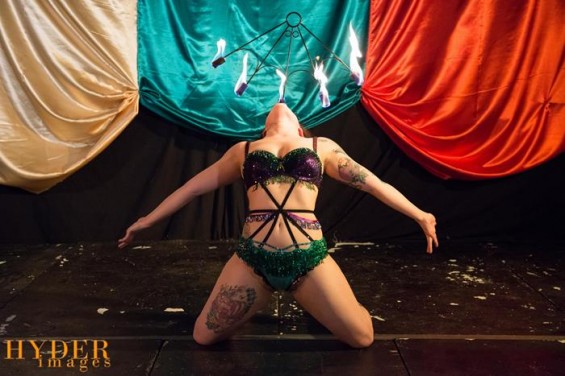 Aurora Galore, winner of the Most Innovative Award

What goes on in Vegas sometimes has international significance: the Burlesque Hall Of Fame is the premiere competition in the world for this artform and this year, it threw up a few welcome surprises.

After the annual tornado of tassels and flurry of fans that was the Burlesque Hall Of Fame 2014 Tournament of Tease, the glitter settled and the judges got round to announcing the latest winners. Unsurprisingly, the event was overshadowed by founder Dixie Evans who died last August, aged 86. Part of the bedrock of modern burlesque, she was sorely missed..

The list was heavily dominated by Americans (quelle surprise) with the three top awards won by Midnite Martini, Medianoche and Ginger Valentine. In fact, only two London-based performers broke the US hegemony at BHoF, walking away with three of the eleven prizes. Bonnie Fox was voted Best Debut and Most Dazzling Dancer while Aurora Galore will be taking home the Most Innovative award (this is the bit where we look smug). In 2013, this prize went to another then-London-based performer Laurie Hagen before she relocated to Las Vegas. Wherever Galore will be going in the long-term is unknown but she’ll be bringing her The 3 Serpent Circus (which she stars in and co-produces) back to London in September.