Circus Treats: What’s On In September 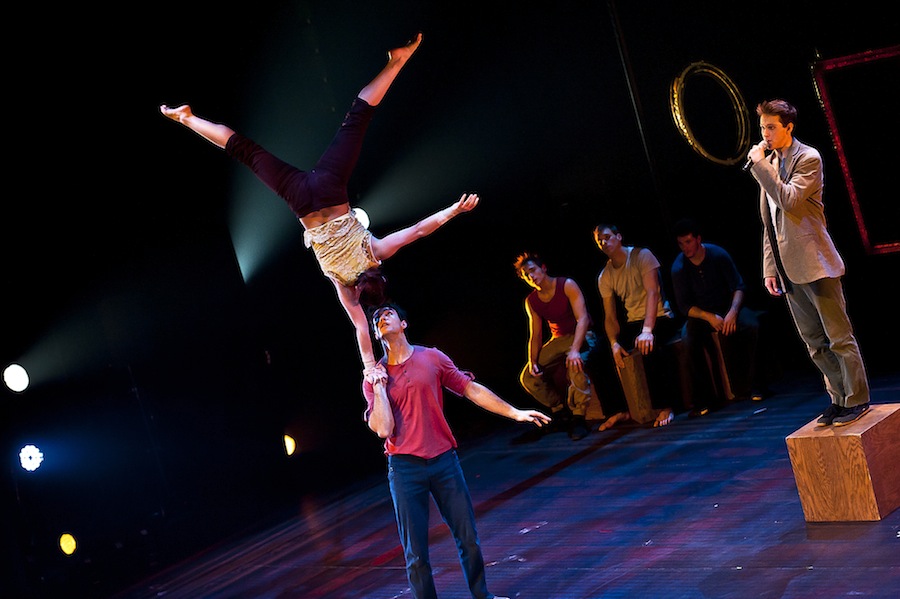 The end of summer may be in sight, but the UK is still kicking with circus shows to keep things hot.  Here’s what’s what… 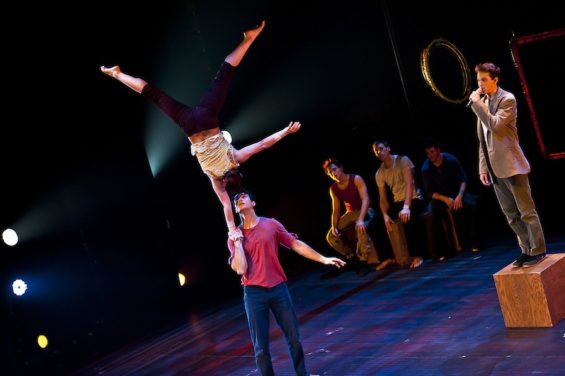 The big news is that Canadian elite Les 7 Doigts De La Main (otherwise known simply as the “7 Fingers”) are returning to the UK with Sequence 8, a tour de force of circus and theatre that plays at Sadlers Wells from 16 Sept until 4 Oct.  London also sees one of Britain’s own biggest traditional circus companies hitting the town, as Zippo’s Circus pitch up in Peckham from 9-16 Sept, moving out to Twickenham from 18-23, before hitting Wembley in October.  For more big top action, you can also check out Circus Fantasia in Finchley until 7 Sept.

The final two weeks of this year’s Transmission development programme at Jackson’s Lane see performances from Circumference and Inverted on the 5th, and from You Need Me on the 12th.

Square Peg Circus are presenting Rime at Stratford Circus from 25-27, inspired by Samuel Coleridge’s epic poem The Rime of The Ancient Mariner; on the 18th, Aircraft Circus will be performing a specially commissioned Twilight Circus in the Canary Wharf Spiegeltent; on the 29th, Circus Of Men return to the Hippodrome Casino for another sexy show based on female fantasies.  The Hippodrome also presents Boom & Bang Circus Cabaret every Friday.

Great Yarmouth is going to be a centre of attention, with the Seachange Arts Out There Festival running from 17-21, featuring a top line-up of international circus and street performances, including aerial acts from Cie Les Philebulistes and Les P’tits Bras, and acrobatic shows from Alexander Vantournhout, Cie Maintomano and Lezards Bleu. Gandini Juggling will be performing Smashed, and other familiar names from this year’s touring cycle are Strike from Keziah Serreau, and Silver Lining from Circulus.  There will also be shows from wire walker Dizzy O’Dare, bungee-assisted dance troupe Wired Aerial Theatre, street wheelers Acrojou, the wonderfully refreshing Insect Circus and more.

The festival also coincides with the final shows of the Great Yarmouth Hippodrome‘s summer season spectacular, Another World, which closes on the 21st.

The team from CircusMASH, the home for circus in the West Midlands, offer their final free shows of Float in Birmingham on 6-7, which also promise to give audience members a taste of the skills involved.  For those who are really keen to get practising (or can’t afford to get back down from Scotland after the Fringe), the Edinburgh Aerial and Acrobatic Convention runs from 5-7, offering masterclasses and workshop events.

And for those budding circus stars, Billy Smart’s Circus are holding a one-off Big Top’s Got Talent in Basingstoke during the first week of the month, while the first UK competition for aerial hoop and silks will be held in Milton Keynes on the 27th, organised by Polenastics as the UK Aerial Championships.

My muscles are aching just from writing about it all. If there’s anything else you spot, do feed it into the comments below, and enjoy!