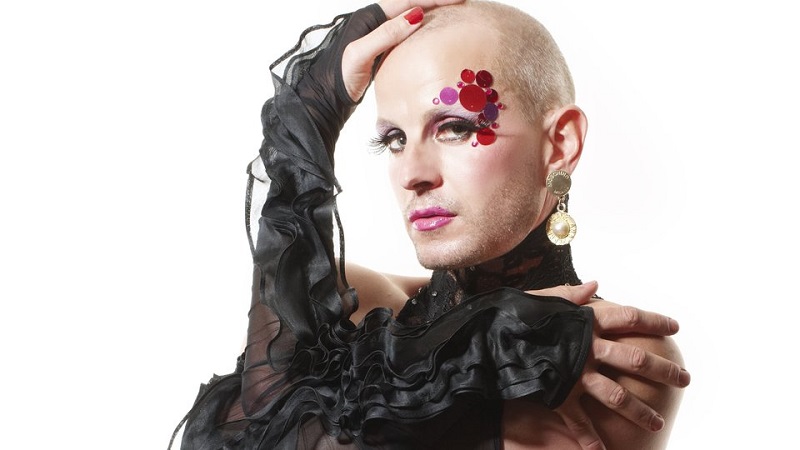 Suffolk weekender Latitude is just around the corner and we’re looking forward to diving into its heady brew of music, performance and, of course, cabaret.

Held at Newham Park from 13-16 July 2017, the festival will have its usual eclectic mix of performances. Acts to look out for in the Cabaret Tent are Fancy Chance (Friday), a South Korean/American performance artist renowned for her spectacular hair hanging routine and a globe-trotting incursion to the far reaches of her imagination.

On the same day, the Dean Street denizen that is Soho Theatre promises to push artistic boundaries with infamous plastic bag wearers The Rubberbandits as well as Katie Norris and Sinead Parker who promise wild and dark comedy sketches.

Expect hilarity and profanity in the bagging area.

Given its position in the calendar before the Edinburgh Fringe Festival, Latitude will always be a comedy magnet, attracting many up-and-coming names as they try out their material. Fin Taylor (Friday), a name much touted at last year’s Fringe, will follow up his show Whitey McWhiteface with an ascerbic look at the modern world. Maddy Anholt (Friday) explores her many selves; a cast of characters dealing with life, love and everything in between.

The fabulous Ida Barr, self-proclaimed “world’s first Music Hall singer turned RnB rap superstar” will present Lost Pubs of England in her inimitable style. Sunday (16th July) hosts the legendary The Glory with landlord Jonny Woo (above) and RVT residents Duckie, celebrating 50 years since the “partial” decriminalisation of homosexuality. It promises to be a flamboyant and intimate affair.

More information on Latitude 2017 can be found on the official website.