“What Do You Find Sexy? What Does Sexy Even Mean?” 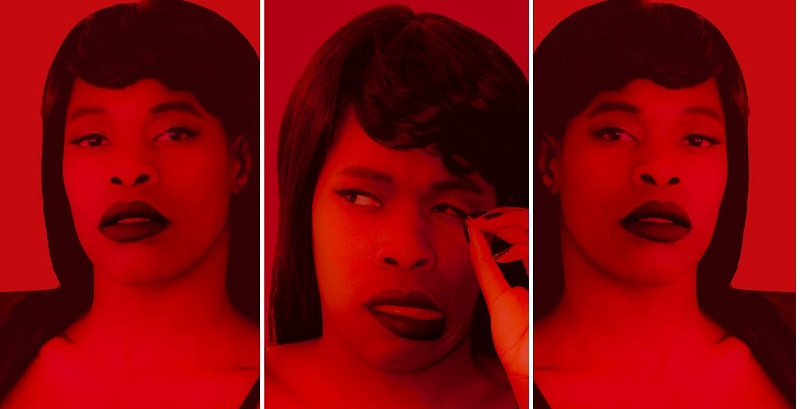 Oi, you. Sentient flesh owner.
I have some questions for you.
Do you think you’re sexy?
What do you find sexy?
What does sexy even mean?

Spoken word artiste Vanessa Kisuule is not your normal versifier. She has already released her first book and another is on the way and she’ll be taking her show Sexy to the stage this Saturday as part of the Roundhouse’s The Last Word Festival. Not satisfied with her success as a wordsmith, though, Kisuule has stepped into the world of burlesque.

She describes her alter ego Nina Nunchuks as “your favourite friendly neighbourhood misandrist“. And that’s not all: “She is a drop of darkest ink in semi skimmed milk. She’s the one Bell Biv Devoe warned you about. She is bold, beautiful and unapologetically bitter. But doesn’t she makes bitterness look so boss. Pour her an ice cold glass of mens’ tears and cast your eye across the barren land on which no fucks can be found for miles around.” Those are some bold claims from an unusual performer so we were definitely going to have a chat with her before her show this weekend.

Some would say that burlesque and slam performances are opposite sides of the same coin: one is usually a mute performance while the other is usually all about the words. Would that be a fair statement?

I think that fundamentally all art forms are devices for storytelling – it doesn’t matter if it’s poetry, theatre, dance, film, burlesque. You trying to convey a feeling, a moment, a narrative. Everything else is just down to arbitrary definitions and restrictions  which I have little interest in. There is nothing to stop elements of burlesque entering into performance poetry or vice versa – this can and has happened!

I think that fundamentally all art forms are devices for storytelling.

SEXY looks at our conflicted relationship with our bodies and sexiness. Given a magic wand, how would you resolve that conflict – or is it something that will always be with us?

If I had a magic wand, I, we, as women, would be relived of the burden of caring quite so much. Whether or not we are wanted carnally by other men would be of no concern to us (this is speaking from my heterosexual perspective – there are of course many women who don’t sleep with or have any romantic interest in men).

But of course we are social and biological beings – our intellect cannot drown out our very basic need to bond with and be validated by others. I’d quite like to be rid of that entirely so that energy and brain space could be used for something more worthy, but that would perhaps make me a sociopath so I should be more careful what I wish for!

What do you say to those like comedian Nadia Kamil who say that burlesque goes against the idea of feminism?

Feminism is a pluralist term – my feminism may not be the feminism that woman sat next to me subscribes to and that’s just how it is. Anyone who identifies as feminist will undoubtedly mould that word and its principles to fit around their own unique perspective and intersections. Anyone who says burlesque is against feminism has, in my opinion, a very narrow understanding of the true scope and history of it.

Burlesque encompasses so many things beyond naked woman twirling nipple tassels around – it is a cabaret art form that is often very subversive, political and queer. Neo-burlesque is populated with weird, abstract and non-conforming work that pushes against many of the things the establishment upholds. Classic burlesque, which is what most people associate with the art form, is more about feather fans, fancy gowns and looking pretty on stage. I personally see nothing wrong with either art form – a feminism that demonises and condescends to women who happen to choose to get their kit off for a living is not my kind of feminism.

a feminism that demonises and condescends to women who happen to choose to get their kit off for a living is not my kind of feminism.

You’ve raised around 92% of your Patreon target. What tips would you give to people looking to use Patreon to fund their art?

You have to be willing to make it worth people’s while, which means spending a decent amount of time making interesting content for your supporters.It’s not necessarily for everyone, but if you feel able to provide something more to people who follow your work, and you know at least 8 or so people that would be willing to chuck you a regular donation, then it’s a really great thing to make use of.

Tell us about your new collection Sorceress. Is it a new artistic direction and what inspired the latest poems?

It’s mostly a collection encompassing pieces from the past few years after my last collection came out four years ago. I’m also hoping to make it a more thematically strong collection with a clear thread running through it.