And The Winner Of Alternative Eurovision 2016 Is… 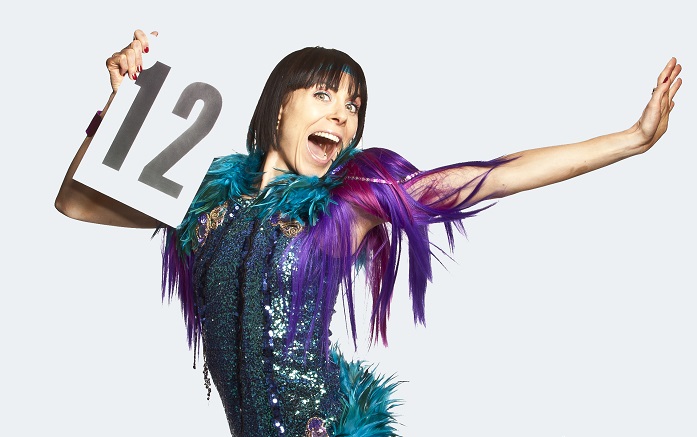 It might be hard to believe but, once again, Alternative Eurovision at the London Wonderground proved to be as good as the real thing.

This weekend, there were no shortage of events in the name of Eurovision held this year is held in the Swedish capital of Stockholm. It is officially described an annual song contest but it is probably better known as a kitsch collision of disco, outre fashion, politics and plain downright weirdness.

And who better to lampoon and laud those self-same qualities than the likes of Frank Sanazi, EastEnd Cabaret and The Ruby Darlings? Hosted by the effervescent Anna Greenwood(above), this year’s Alternative Eurovision saw a star-studded line-up handpicked by ourselves take to the London Wonderground’s Spiegeltent stage on Friday night to demonstrate the power of Eurovision through the magic of musical comedy.

There were many fine performances on the night but the audience eventually plumped for Desmond O’Connor and his song which speaks to our heart, liver and lungs. Reminding us why we will always miss two artists who died very recently and very much before their time, his Ballad Of Prince and Victoria imagines what would happen if the pair met outside the Pearly Gates. Take it away…

For details of other London Wonderground shows, check out the official website.