Are The Ruby Darlings The Sexiest Beasts In The Musical Comedy Jungle? 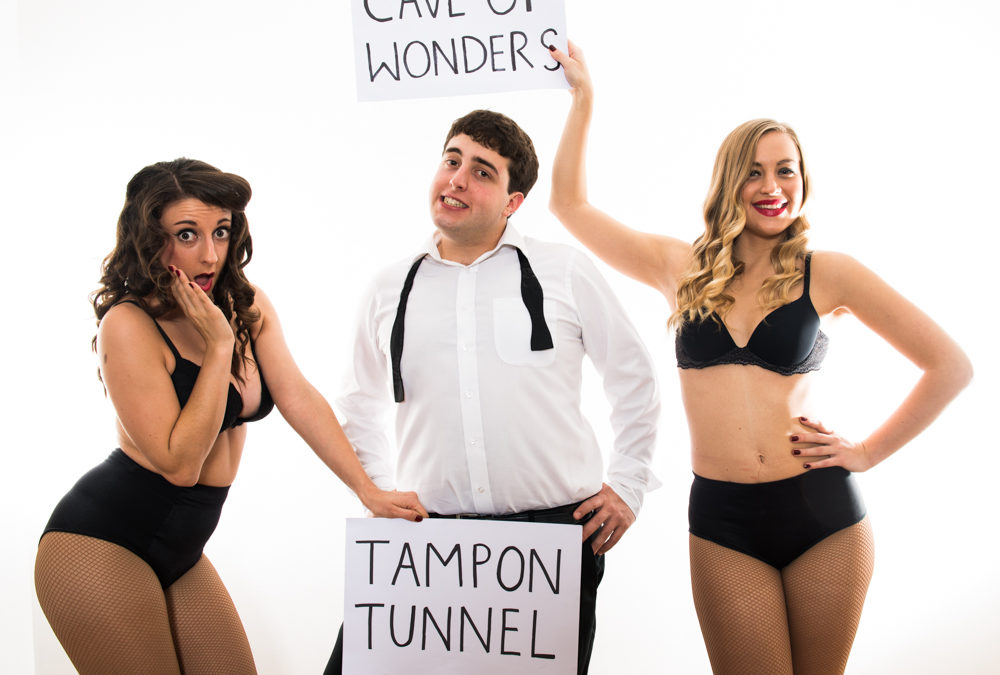 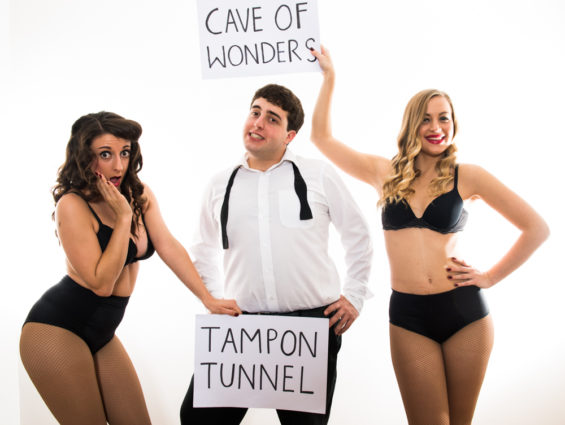 Rude, lewd and hilarious: The Ruby Darlings will be mounting the Royal Vauxhall Tavern stage this Friday.

The perverse purveyors of everything that goes hump in the night are on their way to being one of the funniest acts around. Their lewd and hilarious repertoire covers all aspects of what goes on in the bedroom, on the kitchen floor and up against the living room wall. Oh, just us then.

The musical trio followed up their Edinburgh Fringe run last year with a magnificent night at the Mimetic Festival. How magnificent? Well, it won them This Is Cabaret’s first award for emerging talent. That magnificent.

This Friday, they’ll be at the Royal Vauxhall Tavern from 8pm. Before then, we sat them down for a wee chat.

Are any subjects taboo to you?

Where does the name come from?

It is combination of what we call our vaginas, Little Ruby and Little Darling. David calls his genitals “The”. It’s kind of like the UN but with clunges.

How did you three meet?

At dance college, we were in a tap lesson and we both giggled at the word “flaps” (a tap step) and realised we both had an extremely highbrow sense of humour. Then David came along and let one off in our first meeting with him; it was pretty much set in stone from that moment.

What are your backgrounds?

We both entered the world through the great wall of a vagina and then fumbled through dance college, hideous gigs in Milton Keynes, dodgy cruises and lot of teaching until finally, pretty fed up, we started to write our own stuff and a whole new world opened up.

How many of the songs are based on your own private lives? Do any of them have a particularly interesting history?

Of course! We sing about what we know, what we talk about with our friends, all the nightmare situations we get into! And now our songs have started to become about our audiences personal experiences to. We welcome that. Oversharing is our forte.

Do all three of you contribute equally to the songwriting process?

Have there been any notable reactions to your show?

Who would you most like to collaborate with in the current cabaret scene?

I think the question is who we wouldn’t like to collaborate with. The comedy and cabaret industry is bloody amazing, we are constantly inspired, but I guess our absolute favs are EastEnd Cabaret, Frisky and Mannish, The Wau Wau Sisters and we love Luisa Omeilon, Bridget Christie and Caitlin Moran. Massive respect for those women and what they stand for and they’re so bloody funny. Also we would like to take this opportunity to personally invite all of them to our show.

Regardless of whether those artists are there or not, we suggest bagging a seat this Friday at the Royal Vauxhall Tavern. Doors open for The Ruby Darlings’ show at 6:30pm and tickets are £7.50. More information can be found on the RVT web site.