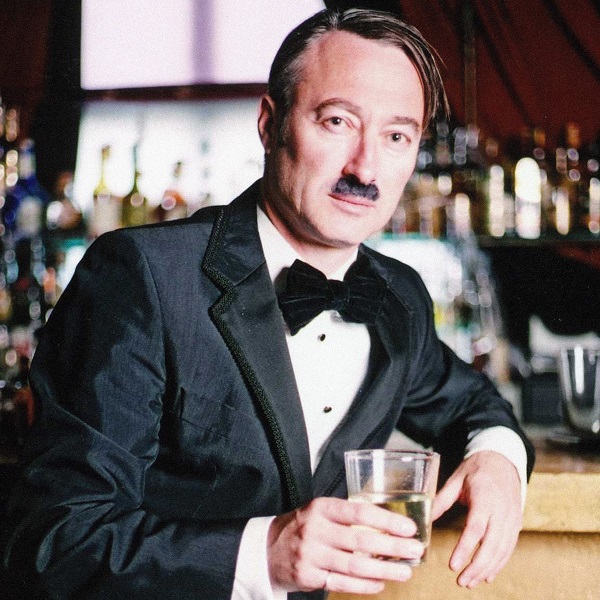 Controversy and comedy at the Edinburgh Fringe have been kissing cousins this year. Now, cabaret’s Frank Sanazi is being dragged into the fray.

The Cowgateheadgate scandal saw many comedians’ festival plans upended as rival fringe operators Peter Buckley Hill’s Free Fringe and Freestival battled over who had the right to stage events at a key venue. The decision was finally made in favour of the former after the deadline for submissions to the Edinburgh Fringe brochure; blogger John Fleming claims that the net cost to performers of the chaos was a loss of £77,000.

At the tail end of the 2015 Fringe, comedians Darren Walsh and Frank Sanazi have been caught up in a plagiarism row. According to a public vote held by Dave TV Channel, Walsh came out with the funniest one-line gag of the last few weeks: “I just deleted all the German names off my phone. It’s Hans free.”

Sanazi (played by Pete Cunningham) claims that he has used the winning joke for a number of years. “I was doing a gag seven or eight years ago – some new material. One of the gags is that I pretend that I have an agent called Harvey Goldberg, because being Frank Sanazi – you see what I mean, having a Jewish agent – that’s the joke.

“And I say my agent likes me to take the German names off my phone to make it Hans free.

“Darren has used the punchline for that joke.”

Cunningham added, “there’s the famous saying that there are only two or three jokes in the world and they are all sort of spun around but I have been using it for quite a while, an extended version of his gag.”

Furthermore, Walsh and Cunningham had a Twitter exchange in April in which the latter used the “Hans free” line.

Walsh and the TV channel are unrepentant. The comedian has not apologised on his Twitter feed and the TV channel has said: “The jokes for Dave’s Joke of the Fringe are submitted by 10 extremely experienced comedy critics from shows performed at the Edinburgh Fringe. Each submission is checked and cross-referenced for originality before being put to a public vote.”

Whether any of those “extremely experienced comedy critics” have been to a Frank Sanazi show in the last seven years is unknown.

Cunningham has taken the affair with his usual aplomb, remarking in character on Twitter:

Rumours that Walsh will adopt a comedy moustache and/or accent next year are, of course, unfounded.

Frank Sanazi can be seen at the Voodoo Rooms at 11.05pm until 29 August.