The Tiger Lillies Create Their Own Magic in London Wonderland’s Spiegeltent. 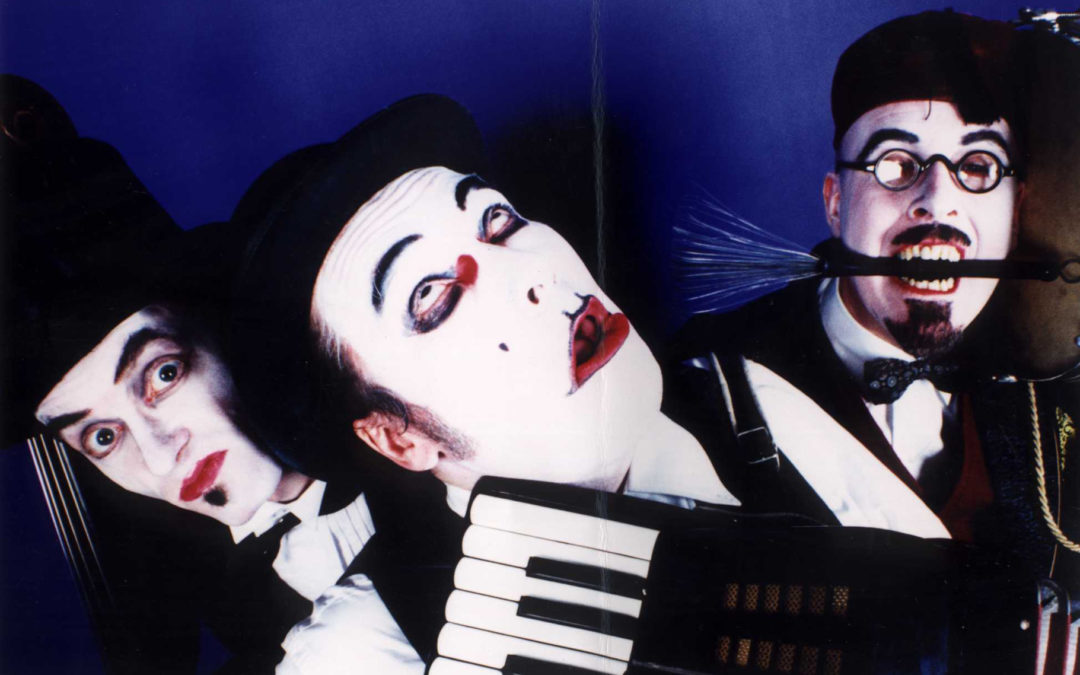 The Tiger Lillies strut and squwark with an energetic London Wonderland set. 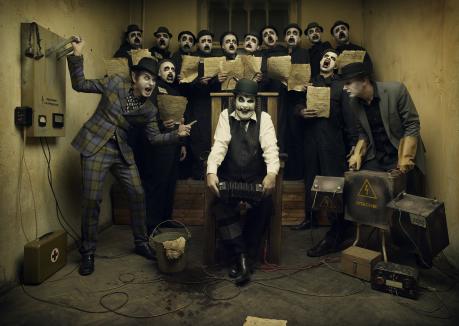 The Tiger Lillies are never short of energy…

Arriving at the London Wonderground site you know you’re in the right place when you’re surrounded by people in huge black platform boots, white face paint and black shaggy dresses. And, as they say, that’s just the men. This run of shows are the only regular London gigs by Olivier Award winning The Tiger Lillies this year and they’ve certainly drawn a sizable crowd.

Combining vaudeville, cabaret, music-hall and a bit of gypsy-folk chucked in for good measure, The Tiger Lillies have been playing together since 1989, although not with the current line-up. Lead singer and accordion player Martyn Jacques founded the group, inspired by The Threepenny Opera and its author Bertolt Brecht, and has been the eccentric, face-painted frontman since the beginning.

The London Wonderground Spiegeltent is a beautiful venue, lots of circus reds and yellows and of course, the mirrors all the way around the inside. The venue was a perfect backdrop for the band recognised by their darkly clownish faces and accordion sound. The main venue was seated, but around the edges were booths which left a dancing gap. By the end this was well used by the enthusiastic audience.

Mixing old songs with new, the beautifully eerie Living Hell opened the night. It seems like a slow song to kick things off but the tempo went up and down all evening and they really gave the song some welly. Depression followed and the theremin, played accurately (not always easy with those things) by bassist Adrian Stout, created a spooky background to Jacques’s well-controlled falsetto and Tom Waites-style “a-huhmming”. Jacques makes shrilling into a microphone an enjoyable art-form and uses his voice throughout the evening to breathe, gasp, warble and growl along with the music.

Speaking of breathing along, My Last Breath was upbeat, funny and perfectly timed after the slow tempo of new song Boredom, although both got laughs from the audience. The song, filled with the tense panting of the possible last breath, was also a moment of accomplished and speedy accordion playing. The cohesion of the three members working together onstage shows that fairly new member and drummer Mike Pickering has slotted right in after joining last year. There are many moments of improvisation within each song and it appears as though they are truly comfortable together.

By the time the gorgeous Teardrops is played, combining a wailing musical saw and a clavinova, a sense of rapture has settled on the crowd. It was only at that point that the outside world become noticeable: trains could be heard to rumble by outside and the sound of the people at the bar seemed to have just started up. Seriously, one of the audience’s well-styled hatpins could have dropped and I don’t think anyone would have batted an eyelid. The song is simply stunning; a measured, thoughtful and haunting lament.

Quite a few tracks are from the new album, Either Or, which tackles the notion of sin, morality and pleasure. The songs are certainly still fabulously weird (a nose flute made a few onstage appearances) though the shouts and cheers for an encore saw the band make a welcome retreat into their back catalogue with bawdy renditions of old favourites in the hilarious Aunty Mabel and apocalyptic The Crack of Doom.

As an audience, we were encouraged to clap along, stamp our feet and sing with the band. It was odd to be seated during the more raucous songs but because the tempo swung between laconic melancholy and manic enthusiasm, it would have been even more odd to stand the whole time. By the end, many in the Spiegeltent were on their feet anyway, hypnotised by this incredibly eclectic and downright enjoyable band.

The Tiger Lillies return this autumn again to the Southbank Centre for another of  their live takes on literary classics. In 2012, they superbly re-modelled Hamlet in their own image and between 5-8 September, you can see their take on Coleridge’s Rime Of  The Ancient Mariner. Watch this space for more information.