Hamlet as a Wounded Animal, the Tiger Lillies’ Way 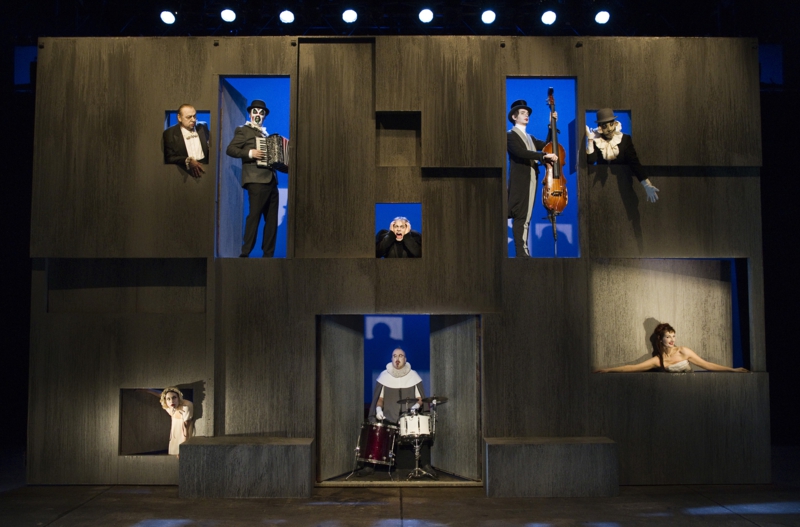 Cabaret of Shakespearean proportions? Or Shakespeare with a Brechtian twist? Having spoken to Martyn Jacques earlier this year about his solo debut at the Soho Theatre, Kerry Fitzgerald catches up with the Tiger Lillies frontman about their upcoming musical treatment of Hamlet at The Southbank Centre. 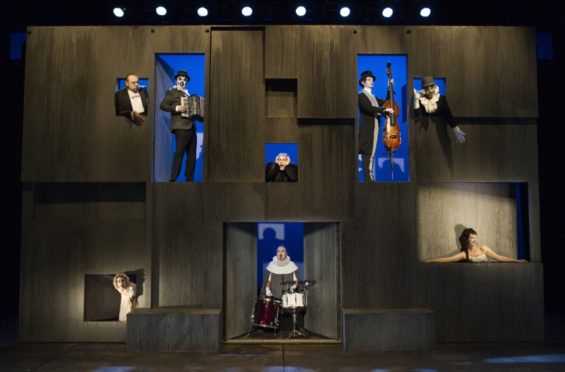 The Tiger Lillies’ Hamlet continues until Friday at the Southbank Centre

So! What can an audience expect from this Hamlet?

A real theatre show with very high production values. A very serious piece of work, not in terms of acting but in terms of design and how much effort has gone into it all. We worked hard on the songs and tried to make them tell the story. They focus on Hamlet’s psychological state, especially the effects of betrayal and his madness. It’s quite dark, and quite German.

How many actors are in the show?

There are five actors and the three of us, so eight in total, plus lots of puppets.

Who was involved in making the show?

Me, director and set designer Martin Tulinius and the producer, Republique. I went to Copenhagen a few times and we talked about it, about the songs. I wrote loads of songs. We dropped some, and then evolved some of them. Martin has put together a wonderful set, which at one point collapses forwards.

It was the producer’s idea. I wasn’t as keen on doing Shakespeare, but in the end I liked the whole thing. Hamlet is someone that worked in a Tiger Lillies way. There are lots of references to death and decay, and he’s a bit of a wounded animal. 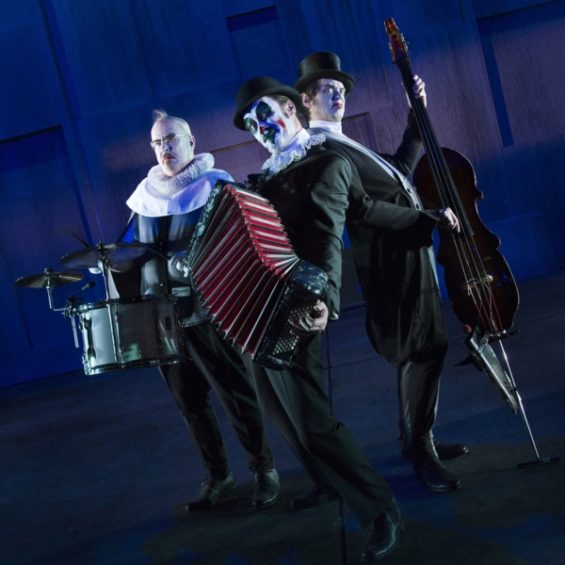 Will The Tiger Lillies be taking on Richard III next? “I have written lots of of songs about killing children.”

And it’s in a Brechtian style?

Well, we just are, we’ve always been called that. I’ve always liked The Threepenny Opera and when I was younger used to listen to it in my squat in Finsbury Park a lot.

Some people say I’m like the clown, like the gravedigger, a jester. I’m commenting on the action, a Joel-Grey-esque character. There’s all these horrible people and there’s me making observations about this nasty corruption.

Do you think you’d take this to Stratford-Upon-Avon?

I don’t know. Maybe if someone comes to see it. Some people might not like it very much. We’ve tried to tell the story, but we’re only using a small proportion of the text.

Would there be another of Shakespeare’s plays you’d be interested in doing? Richard III for instance?

Maybe if someone made me an offer I couldn’t refuse. I’ve written lots of of songs about killing children. If you go to the Arts Council and get a grant,you can direct it.

Want to see new rots in the state of Denmark? The Tiger Lillies Perform Hamlet at The Southbank Centre (London SE1 8XX) from Septermber 18th to 21st, 19:30. See www.southbankcentre.co.uk for details and tickets.