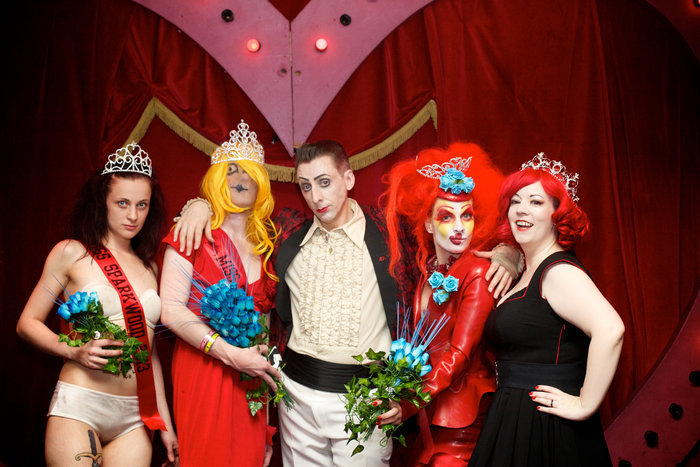 The rather NSFW trailer for the award-winning Double R Club’s forthcoming shows at the London Wonderground gives a glimpse into its dark world.

This summer, step out of the sunshine and into the shadowy pit of surreal depravity known as The Double R Club. We have already tipped you off about the Club’s upcoming rare forays away from their usual lair of the Bethnal Green Working Men’s Club but we now have some 2D loveliness to share which will hopefully go some way to explaining why this long-running David Lynch-themed variety show attracts a loyal contingent every month. The video features footage from the first leg of their “Summer Of Unease” tour when they opened Jacksons Lane’s Postcards Festival.

As well as these shows, last week the Double Club crowned the fourth annual winners of their annual Miss Twin Peaks contest. Look away now if you don’t want to know who won.

Footage from last year’s Miss Twin Peaks contest can be seen below – again, definitely NSFW. Like what you see? There are also videos online for the 2010 and 2011 shows.

More information on the Double R Club can be found here.