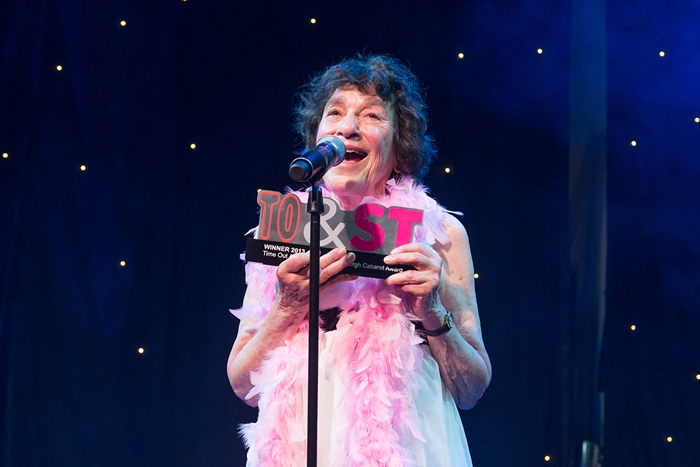 Of the 32 awards being handed out to performers at the Edinburgh Fringe Festival, only one is dedicated to cabaret. The Time Out and Soho Theatre (TO&ST) award is decided by a panel comprising of Time Out London cabaret editor Ben Walters, Soho Theatre comedy and cabaret producer Steve Lock, Glasgow-based cabaret producer and performer Frodo McDaniel, two journalists from The Scotsman (chief comedy reviewer Kate Copstick and cabaret reviewer Claire Smith) plus Roundhouse circus producer Leila Jones.

The award’s inaugural outing last year was not without controversy or comment from other performers. Juggler Mat Ricardo, a fixture of the London scene, thought last year’s finalists were too focussed on one section of the wider cabaret scene. Writing in his blog, he said “the TOAST award, which was supposed to recognise and celebrate cabaret work announced it’s shortlist and revealed itself to be, with the notable exception of the wonderful Piff [the Magic Dragon], a celebration of people who sing dark and/or sexy songs. It’s very depressing to me that the genre of cabaret is increasingly redefined this way…but singers are just a thin sliver of the wide variety of performance styles that genuinely make-up the cabaret world. It would have been nice for the shortlist to be a little more reflective of the true nature of the cabaret scene.” New York singer Lady Rizo eventually walked off with the prize of a feature in Time Out and a run at the Soho Theatre.

This year’s selection of finalists is broader, covering comedy, circus, burlesque, boylesque, music and magic, but has again raised eyebrows. One of the eligibility criteria is stated as “acts that have previously performed in venues with a capacity over 500 are not eligible” yet the shortlisted Australian boylesque circus Briefs The Second Coming have already played to a packed Spiegeltent in Cardiff (capacity unknown) and are already booked to play multiple dates next month at the 1,500-capacity Vicar Street in Dublin and at the 600-seater London Wonderground Spiegeltent.

The winner of this year’s TO&ST Award shows some similarities with last year’s choice. Again, the judges have plumped for the shortlist’s only American entry and the only solo female act. Lynn Ruth Miller, a septuagenarian from San Francisco, combines stand-up comedy with elements of burlesque. Her show Granny’s Gone Wild has been described by Three Weeks as “moving, comical, and at times downright strange“.

Ben Walters acclaimed the panel’s choice, saying “the wonderful aspect of Miller’s set is that she utterly embraces her age, mining the experience of getting older for material on everything from sex and drugs to failing bodies and seizing the day, without the slightest shred of sentimentality or solemnity – and in terms of demanding and rewarding an audience’s conversational engagement, she could write the book.” Fellow judge Kate Copstick has been no less effusive with her praise: “this woman is sharp, and in among the fun and schtick there are some killer lines. Ms. Miller is a poster girl for growing old disgracefully and she looks to be enjoying every second.”

The Ohio-born senior first took to the stage eight years ago at the age of 71 but has performed at the Fringe since 2005 and appeared on Britain’s Got Talent.

Congratulations to Ms Miller and we look forward to seeing her in London. Her Fringe show Granny’s Gone Wild continues until 26 August.