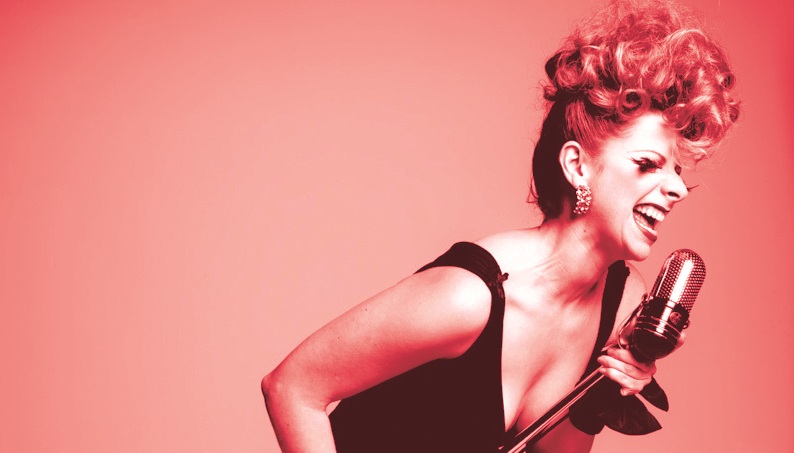 Gird those loins, London: New York’s Lady Rizo has arrived for a three-week stretch at the Soho Theatre. Even if she had the baggage allowance, this Grammy Award-winning singer still won’t be taking prisoners.

Last summer, Lady Rizo won the inaugural Time Out & Soho Theatre Award at the Edinburgh Fringe. Her prize? A trip to London and a run at the Soho Theatre. And so here she is to lay down some New York-style cabaret and let us know what we’re missing on this side of the pond. We grabbed a word with her during rehearsals and, somehow, got away safe and sound. 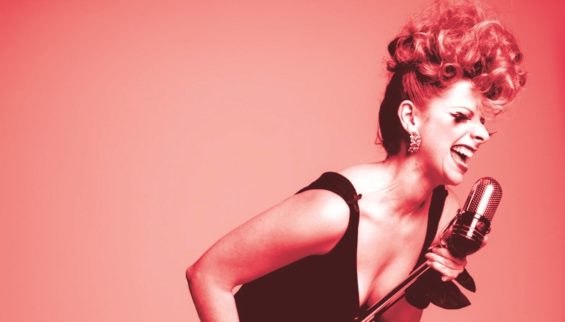 Lady Rizo will be appearing at the Soho Theatre from this week until 9 March.

Welcome to London. How would you describe the cultural difference between the UK and New York cabaret?

From what I saw in Edinburgh, UK cabaret seems to be craftily written, more character driven and full of wild, beautiful, theatrical creatures. The New York scene seems more autobiographical albeit channelled through larger than life personas. It is structured but highly fuelled by improvisational moments.

Then again, New York cabaret is fiercely divided again into the “nouveau downtown” and “traditional uptown” scenes. Though I have much respect for the long tradition of classical cabaret, I consider myself to be part of the downtown circle where the songbook extends way past 1959 and often includes nudity, political and queer content.

We have to ask: what’s behind the crazy title? We’re guessing it has nothing to do with the Muppet?

Oh, what a lovable rat! I love his work in The Muppets Take Manhattan. Someday there will be a Lady Rizo Muppet collaboration.

Now that we’re looking forward to. So is Rizo your real name?

As you’ll note it’s spelled with one Z because its a Colombian name of Italian descent. I married a wonderful man with the name and kept my own legally as a feminist necessity. As a loving gesture, I gave the “nom de stage” as a gift to my husband. Ironic that I’m more known as it now: the patriarch wins again!

Not everyone in the audience will have seen you perform before. What can the uninitiated expect?

A Lady Rizo show will have many of the same luscious, bold, feminine trappings as a variety night — lashes, fishnets, hairdos, oh my! — but the content is more like discovering the diva you have been searching for all of your life and maybe never even knew you were looking for.

How important is audience interaction to you?

Its everything! Hell, yes. No show is the same because no audience is the same. Come play with with me – its much like a date. But leave the drunken hecklers at home, I’m not that kind of queen; I admire the artistry that drag queens display when grinding those idiots into paste with verbal flicks.

Before your TO&ST award, you won a Grammy for your collaboration with cellist Yo-Yo Ma. You obviously play well with others so will we see you sharing the stage with other singers during your London shows?

I am definitely always open to it– I thrive off of collaboration. Though I must be honest, you gotta bring a good game if you are going to share the boards with me or I’ll steamroll ya.

Thanks for the warning. What are you most looking forward to doing while in London?

Flirting with you sexy boys and girls with your lovely vowel formation and standardised education. Eating crumpets with strumpets. Also of course using my show to summon the deep wild, alive, spontaneous and connected spark within a London audience. You don’t even have to be drinking booze to feel the high. Classy drinking, though, is encouraged in my shows; I certainly drink onstage.

In New York, you perform with the Assettes. Will you be bringing them over to London at any point?

It its quite expensive to even bring my beloved assistant/boss/ballboy/stylist Brenden and musical director & collaborator Yair, much less a troupe of sassy creative dancers. If there’s any bold producers out there having this dictated to him or her by a lovely steward in knee socks, lets talk while I’m here. Bring the cutie in the socks to take notes.

You’ve described yourself as “caburlesque”. What does that mean?

I’m one of those artists that naturally rebels against labels. Not as some sort of punk reaction but really there isn’t a clear name for what I do.

The term “caburlesque” was originally coined to explain the particular hybrid that Lady Rizo & the Assettes show is, namely a collaborative show with equal emphasis on the dancing, music and spectacle. The term now helps explain the combo platter I present in my solo work. Its more than music. Its definitely more than comedy. Its not stand-up and its not simply cabaret. Maybe the closest description comes from a recent New York Times review: a “fusion of comedy, burlesque, performance art and rock ’n’ roll.”

Finally, what is cabaret?

My cabaret is a church of glitter. Leading a group toward a moment of togetherness, a joyful, sensual place that celebrates humanity with a sparkling, divine feminine touch.  All the while peppering in honest hilarity and soberingly moments of raw rage or sorrow. Hopefully in a room where it is possible to look people in the eye and make a secret bond that they can carry in their pocket forever.

If you missed out on our competition tickets for Lady Rizo, we suggest contacting the Soho Theatre box office pronto. More information on her shows and how to get tickets can be found here.